CROMWELL, Connecticut — Dustin Johnson won the Travelers Championship on Sunday to end a long drought and extend his career-long season victory streak to 13.

Johnson closed with a 3-under 67 for a one-stroke victory over Kevin Streelman at fan-free TPC River Highlands. Johnson last won in Mexico City in March 2019.

"I'm definitely proud of myself for continuing the streak and I want to keep it going," Johnson said. "It was a long time between wins, though, and, so, hopefully it won't be that long for the next one."

Arnold Palmer and Jack Nicklaus each won in 17 consecutive years. Johnson failed to win in 2014, but is given credit for winning in the 2013-14 season from his victory in the fall of 2013 in Shanghai. The tour changed to a wraparound season in 2013.

Johnson tapped in for par on the par-4 18th, raised his ball to acknowledge the smattering of applause from course workers, officials and reporters, the only in-person witnesses allowed because of the coronavirus pandemic. 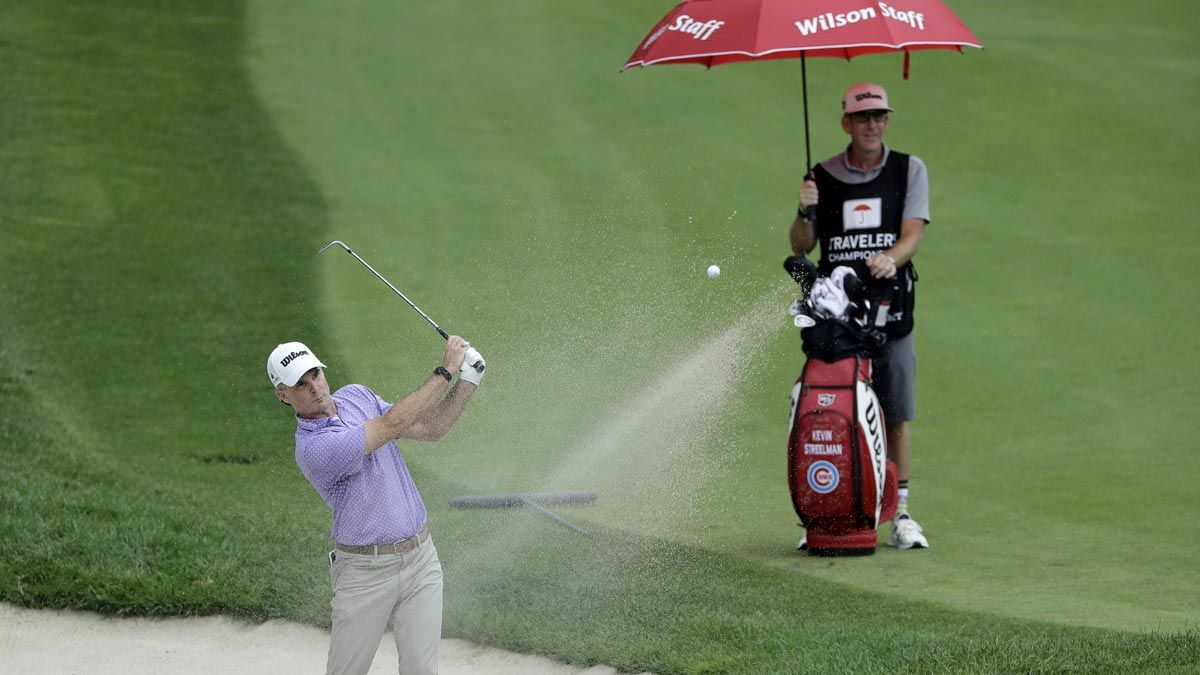 Streelman, who made seven straight birdies to win at TPC River Highlands in 2014, had a 37-foot birdie try on 18 that ended up just short and right.

He was two strokes behind Johnson on the 17th fairway when the weather horn blew for an hour-long storm delay.

Johnson came out of the delay and hit his tee shot on 16 into a greenside bunker. His second shot went well past the hole and made bogey that cut his lead to a stroke.

"I've had a few missed cuts, so to come back and finish a solo second is nice, but to to be that close and perform and be right there, I'm just a little disappointed right now," Streelman said.

Johnson was at 19 under when his tee shot on the par-4 15th went left and came inches from going into the signature lake that surrounds the finishing holes. His first pitch didn't make it to the green, and he hit the second to four feet to save par.

"It was lucky, but a still had to made a good up-and-down to make par," he said. 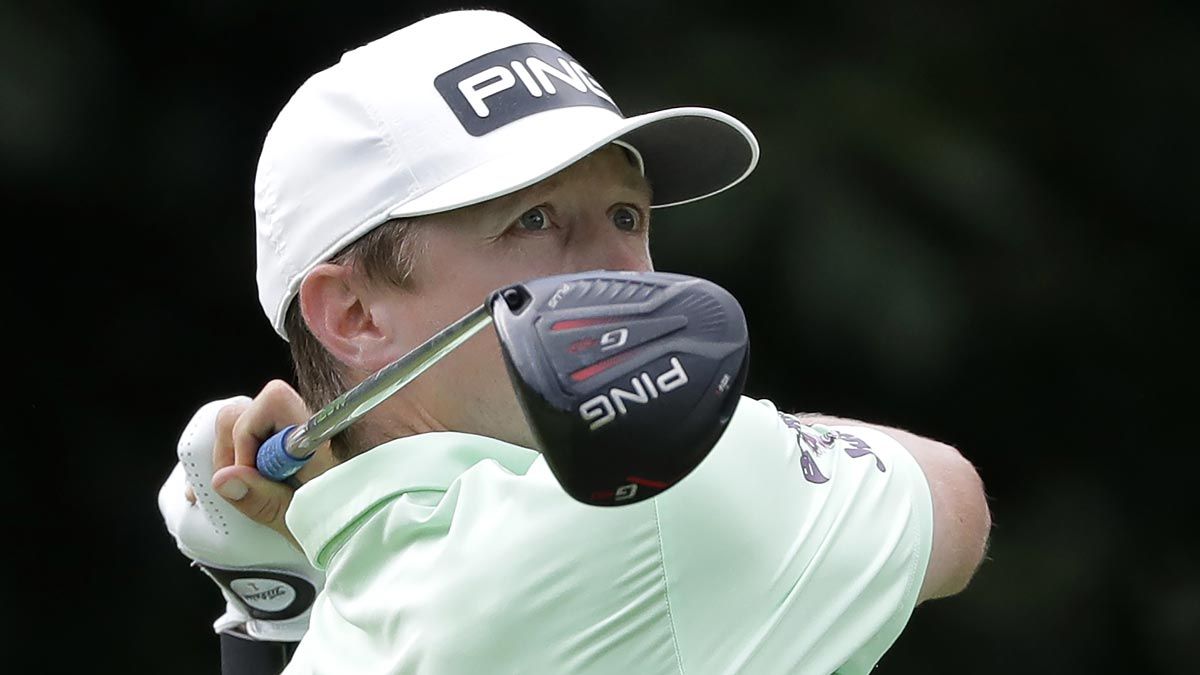 Mackenzie Hughes, who shot a first-round 60, had a 67 to tie for third with 23-year-old Will Gordon at 17 under. Hughes made 48-foot birdie putt on 17, which he started well left of the hole and watched as turned right to the flag. He finished the round with a much straighter 43-foot birdie putt on 18.

Gordon, who had no status on either the PGA Tour or the Korn Ferry Tour, had seven birdies in a 64. The finish was just enough to give him a special temporary card and unlimited exemptions for the rest of the season.

His lone bogey came on 17, and briefly dropped him to fourth place.

"I knew the higher the better, so I was watching the leaderboard coming in," he said.

Johnson started the day two strokes behind Brendon Todd, and took the lead after three straight birdies put him at 20 under after 10 holes.

Bryson DeChambeau shot a 68 to tie for sixth at 15 under. 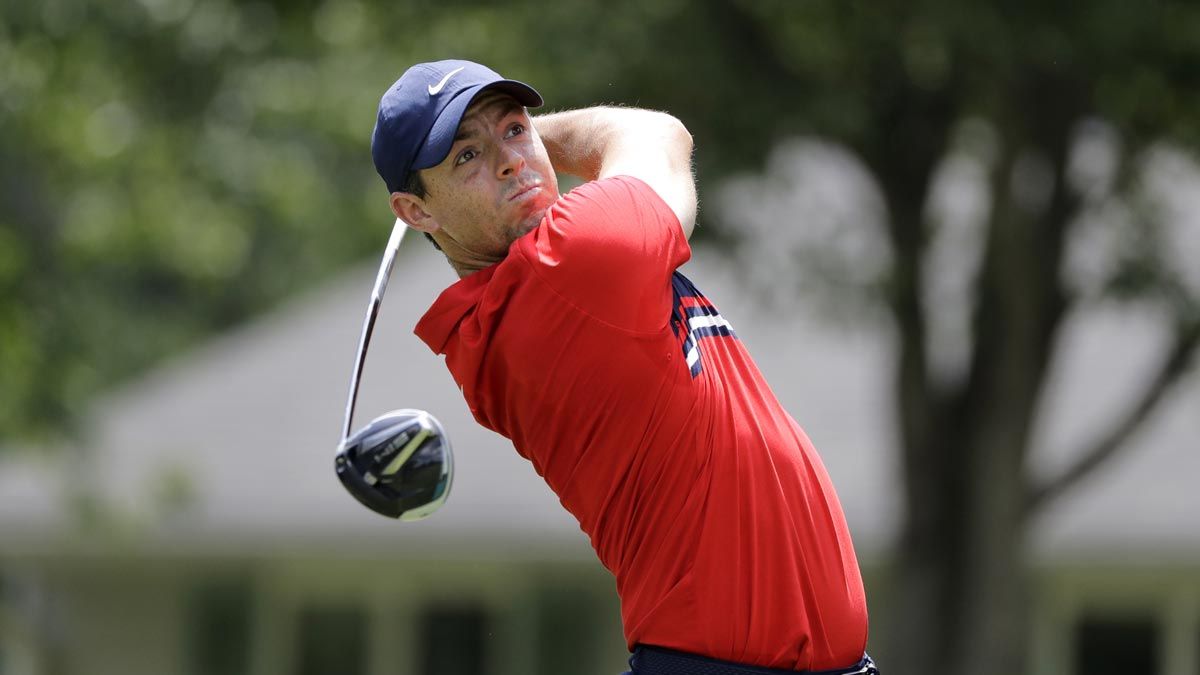 "There's been some really good stuff in there, but then just some really stupid mistakes," he said.

Phil Mickelson, playing his first tournament since turning 50, followed up his opening rounds of 64 and 63 with two 71s to finish at 11 under.

"I'm looking at this week as progress," he said. "Certainly the goal is to win golf tournaments, but keep in mind I've missed a bunch of cuts. I haven't played to the level I've wanted to, and this week I came in and had a lot of great finds. I hit a lot of good shots, hit a lot of good tee shots. My misses were much better."

There were seven COVID-19-related withdrawals from the Connecticut event, with two positive tests among players. Cameron Champ withdrew Tuesday and Denny McCarthy had a positive test on Friday.

The PGA Tour is making some tweaks to its coronavirus policies as a result of this week's issues. Players, caddies and anyone else considered "inside the bubble" will have to test negative before being allowed on the grounds of the Detroit Golf Club for the Rocket Mortgage Classic.