CHIHIRO Ikeda shook off a wobbly start with a fiery back nine charge, carding an even-par 69 on Thursday for a three-stroke lead after two rounds of the ICTSI Camp John Hay Ladies Championship in Baguio.

After firing an opening bogey-free 63 on a hot putter for a five-stroke lead Wednesday, Ikeda struggled on John Hay’s tricky, undulating surface, stumbling with two bogeys and a double-bogey in the first five holes and making the turn at four-over 39, enabling her pursuers to gain ground in hot conditions.

But Ikeda regained her bearing and rhythm and birdied the first three holes at the back then added two more against a bogey to close out with a 30 in a big rebound that gave her a 36-hole total of six-under 132.

“Just couldn’t get the feel of my putter early on. But I was able to regain my touch and rhythm back in time,” said Ikeda after that big backside rebound that moved her closer to scoring a follow-up to her playoff win over Pauline del Rosario at Tagaytay Midlands last May.

Chanelle Avaricio of Alabama State shot a 65 to sit in second at 135. 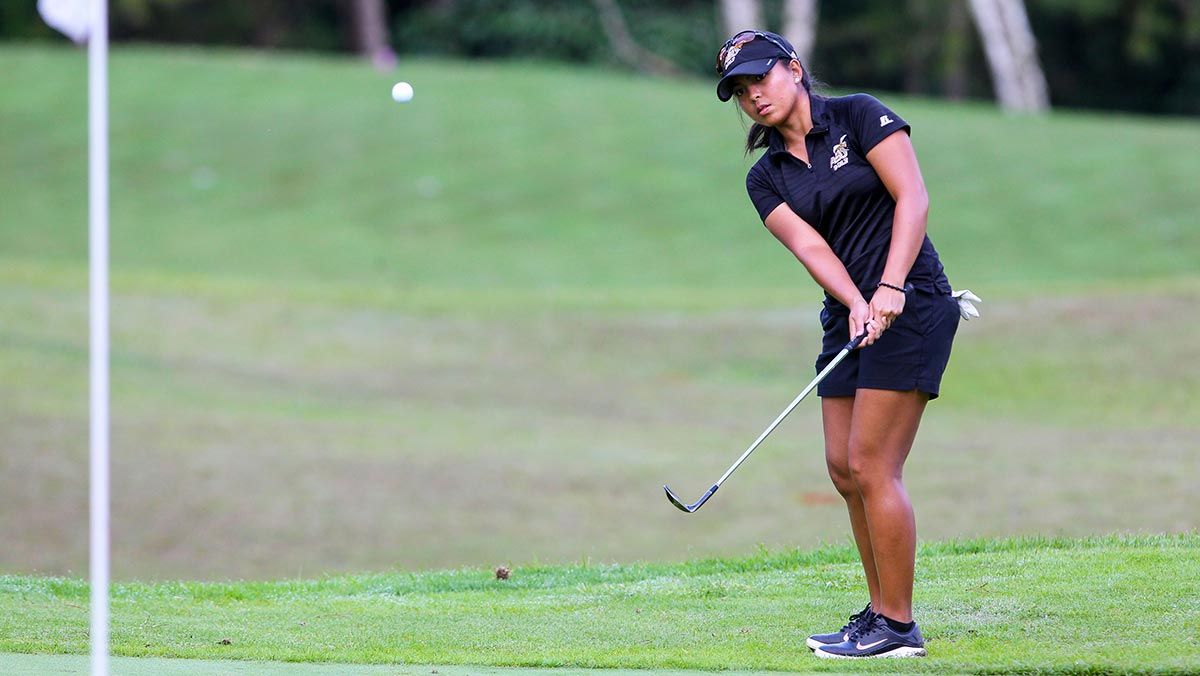 “I gained confidence after a near-eagle on No. 1. My driving has been solid and I know where to put my ball on the greens,” said Avaricio, one of the five amateurs vying for honors in the 54-hole championship organized by Pilipinas Golf Tournaments, Inc.

“I’ll just play my game tomorrow and hope to make the most of my birdie chances,” added Avaricio.

Five shots off the pace after 18 holes, Princess Superal moved to within two of Ikeda with a front-nine 36, but the Japan LPGA Step Up campaigner fell short of matching the leader’s late charge although she hit two birdies to save a 68 and a 136.

Daniella Uy finished with two birdies against a double-bogey in the last nine holes for a one-over 70 and fourth spot at 139, seven shots behind the leader with 18 holes to play in the P1 million event sponsored by ICTSI.

Amateur golfer Mafy Singson carded a 69 for a 140.

The rest stood too far behind to get a shot at the crown in the ninth leg of the seventh season of the Ladies Philippine Golf Tour with Thailand’s Numa Gulyanamitta and Ajira Nualraksa assembling identical 141s after a 71 and 72, respectively, and Pamela Mariano way behind at 144 after a 74.

Gretchen Villacencio hobbled with a 72 for a 145 while Eagle Ace Superal carded a 71 to tie former leg winner Sarah Ababa, who limped with a 76, at 147 in the 54-hole tournament organized by Pilipinas Golf Tournaments, Inc. and backed by Custom Clubmakers, Meralco, K&G Golf Apparel, BDO, Sharp, KZG, PLDT, Empire Golf and Sports and M.Y. Shokai Technology, Inc.