SAN FRANCISCO — Yuka Saso modeled her golf game after Rory McIlroy, spending hours watching videos of his swing before going to bed each night in order to perfect her own.

All that work paid off and now Saso is a U.S. Open champion just like her idol thanks to a clutch playoff putt after a back-nine collapse by Lexi Thompson.

Saso's 10-foot putt for birdie on the third playoff hole on Sunday [Monday, Manila time] helped her edge out Nasa Hataoka and become the second teenager to win the U.S. Women's Open.

Saso overcame back-to-back double bogeys early in the round to make the playoff and then became the first player from the Philippines to win a golf major.

“I was actually a little upset,” Saso said about her poor start. “But my caddie talked to me and said, ‘Just keep on going; there’s many more holes to go.’ That’s what I did.” 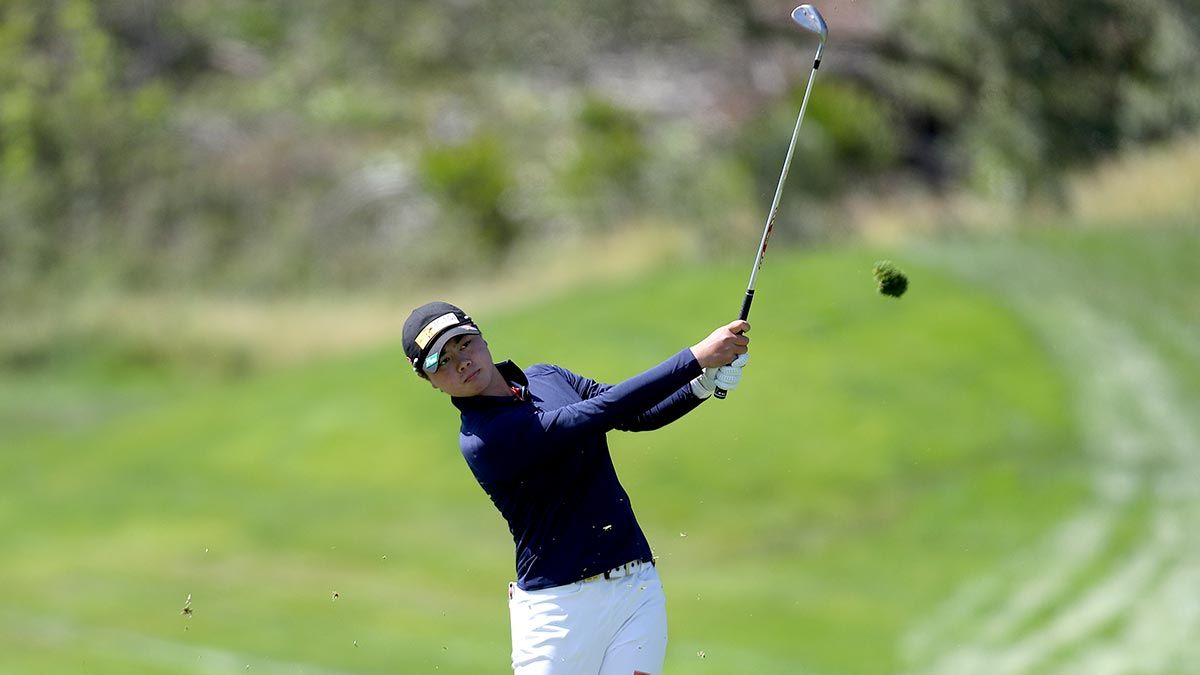 Both players made pars at Nos. 9 and 18 in the two-hole aggregate playoff, sending the tournament to sudden death back at the ninth hole. That set the stage for Saso to win it just up the road from Daly City, dubbed "Little Manila" for its large population of Filipinos.

There were many on hand for the final round, including several with Filipino flags for the occasion.

Saso has talked frequently about her time studying McIlroy’s swing and the four-time major winner said he saw the similarities and was flattered by it.

McIlroy also send Saso an Instagram message before the final round imploring her to get the trophy.

“I saw it this morning, and I was like, ‘Ohhh!’" she said. “I should have reposted it but I was so busy this morning, so I’ll do it later. I felt really happy.”

"Rory mentioned me on Instagram and said, 'Get that trophy.' And I did! So thank you, Rory."

Saso got the trophy after a rough start to the final round with double bogeys on the second and third holes that seemed to knock her out of contention. She managed to steady herself with a birdie at No. 7.

Saso then made back-to-back birdies on the par-5 16th and 17th holes to get to 4 under and join Hataoka in the playoff. Hataoka used a run of three birdies in a four-hole span on the back nine that put pressure on Lexi Thompson.

To complete Saso's day, McIlroy tweeted a message of congratulations to the newly crowned US Women's Open champion minutes later.

"Everyone's going to be watching Yuka Saso swing videos on YouTube now," said the four-time major winner. He won his US Open in 2011.

Now idol and fan have a US Open title to their names.