PORTRUSH, Northern Ireland — Brooks Koepka doesn't need to reach too far back in the memory bank to know how precarious a big lead can be. He nearly gave away his last major just two months ago after leading by seven shots going into the final round of the PGA Championship.

Shane Lowry surely understands, too, though his memories are more bittersweet.

The pressure of the final round of a major championship can do funny things to a player's mind. Add in some wind and rain and strange things can happen.

Little wonder Koepka couldn't wait to get out of the interview area Saturday at the British Open.

He had to practice his putting. You know, just in case.

"Thankfully it's going to blow tomorrow to have any sort of chance," Koepka said, "(but) I need to figure out the putter."

An Open that seemed ripe for the taking turned into a rout of sorts Saturday as Lowry raced down the back nine making birdie after birdie. The Irishman with the big beard shot an 8-under 63 to take a four shot lead over Tommy Fleetwood and five over J.B. Holmes.

Ordinarily, few would pay attention to the player lurking seven behind, tied for fourth with Justin Rose. But Koepka has been nothing but ordinary in winning two US Opens and two PGA Championships in the space of the last two years.

And that kind of pedigree can make those ahead of Koepka take notice when his name appears on the leaderboard. 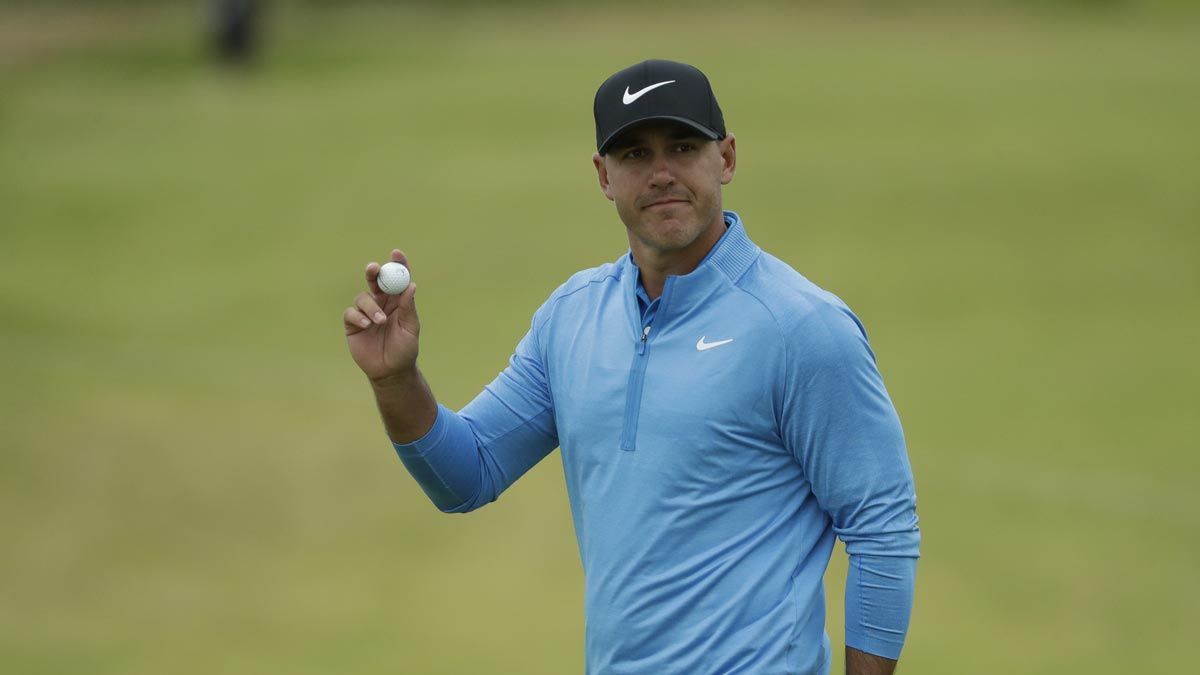 "I'm assuming they probably do," Koepka said. "But at the same time I have no idea, I've never asked anybody."

A British Open lacking many of the big names on the weekend might be lacking some drama on Sunday, assuming Lowry can erase the demons from his final round collapse at the 2016 US Open and win before a fan base that was already singing and celebrating as he finished off his third round with a 30 on the back nine.

But the weather is supposed to get so bad — the predictions are strong wind and rain — that Open officials moved up tee times an hour to avoid the worst. And if Koepka can somehow find his touch on the greens, well, all bets are off.

"Nobody has hit it better than me this week. I've hit it as good as I could possible imagine," he said. "I putted the worst in the entire field. It's been really bad. Very frustrating."

Koepka's experience at Bethpage should give him some hope, even if it was from an opposite perspective. He had a seven-shot lead over Dustin Johnson going into the final round, but the wind started to blow and four straight bogeys on the back nine shrunk it to just one. 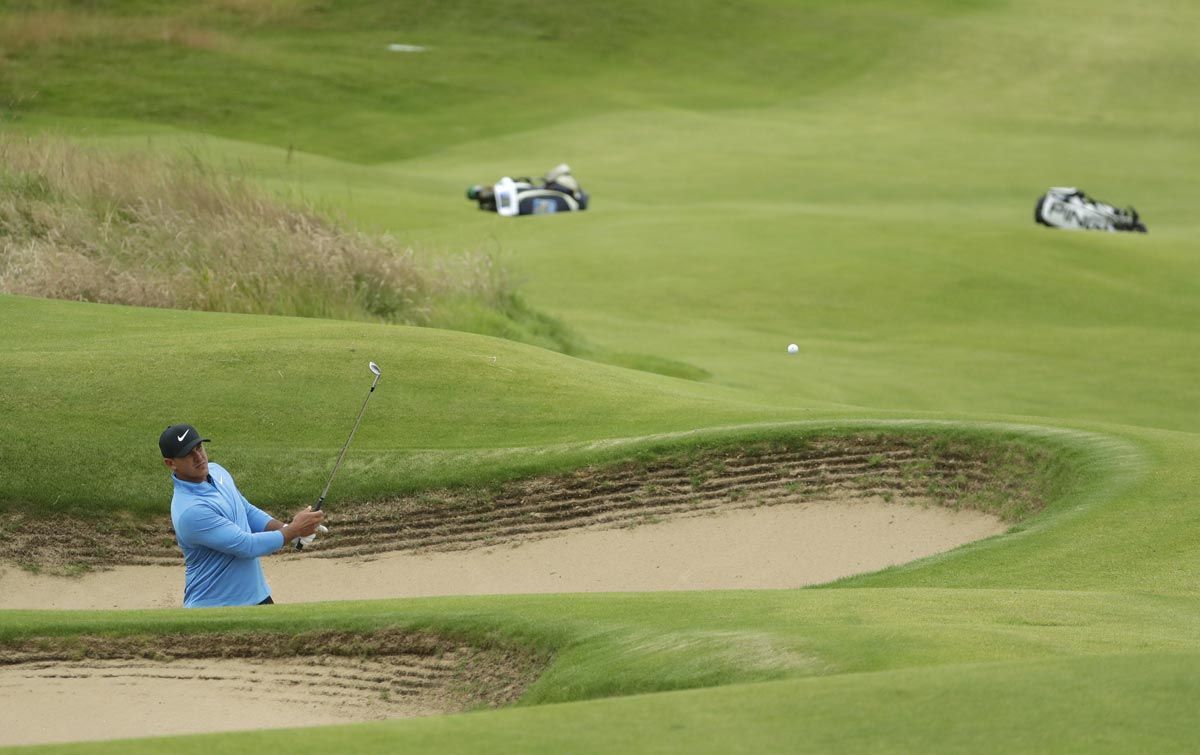 Koepka would hold on to win by two, but it was no walk in the park.

"I'm just glad I don't have to play any more holes," Koepka said after that round. "That was a stressful round of golf."

Lowry had his own experience with a big lead in a big tournament, and it ended much worse. He was leading the US Open at Oakmont by four shots going into the final round, only to shoot 76 to lose by three to Dustin Johnson.

"Obviously I learned a lot that day," Lowry said. "I'm going to learn a lot about myself tomorrow."

Lowry will be aided by what is essentially a home crowd at Royal Portrush. They cheered his every move Saturday, and some were still singing boisterously in the rain an hour after all the golf had finished for the day.

Lowry knows links golf, and knows how to play in bad conditions.

"He's Irish," Justin Rose said. "If there is a tough weather day player, it probably is him."

But when the major championship trophies are counted, Koepka has four and Lowry has none. That by itself counts for something, and there is no more confident ball striker in Northern Ireland than Koepka.

"If it's going to be windy, you need to be able to strike it good, control your flight, and figure out where you want the ball to end up," Koepka said. "If it's going to blow 30, it can get out of control very quickly."

The weather, of course, is uncertain, especially off the coast of the North Atlantic, where it seems to change every five minutes. There's no guarantee the wind will blow so hard it makes a difference, just as there's no guarantee a big lead can hold up in any conditions.

The one thing that does seem fairly certain is Koepka won't go quietly. He's got an uncanny knack for contending in — and winning — majors, even if he hasn't gotten the respect from the average golf fan that he seems to crave.

He may be seven shots back, but his name is near the top of the leaderboard.

And that should get everyone's attention.