Todd, DJ fire 61s to take 1-2 spots ahead of final round at River Highlands

CROMWELL, Connecticut— Brendon Todd and Dustin Johnson each shot career-low 61s at the Travelers Championship on Saturday (Sunday, Manila time), leaving Todd with a two-stroke lead over the 2016 US Open champion.

The 34-year-old Georgian, playing a couple holes behind Johnson, had a chance at the tournament's second 60 of the week but missed a 10-foot putt to the left on the 18th hole.

Both shot bogey-free rounds, with Todd making five birdies on the front nine and Johnson five on the back. Todd said the round became a game of whatever you can do, I can do just as well.

"It's hard to miss the leader boards obviously, so (Johnson's) name was up there from a pretty early point," Todd said. "Again, I just use it as motivation to go out there and make some more birdies." 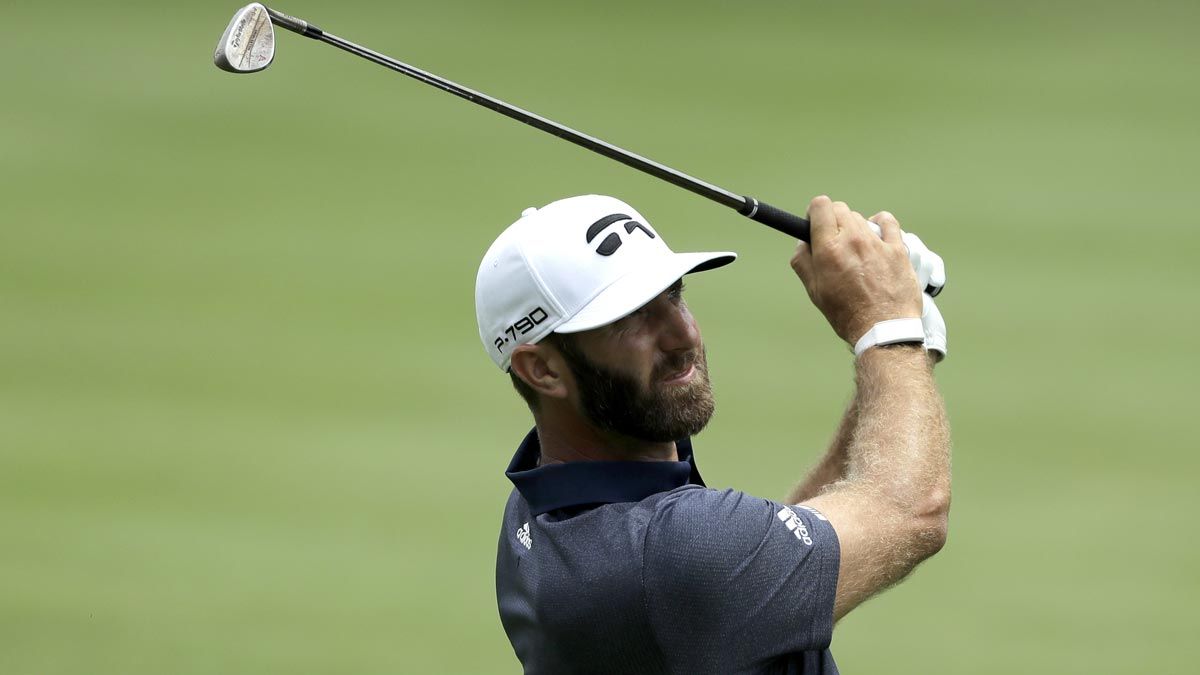 Todd is looking for his third win of the season but his first since the fall, when he went back-to-back at the Bermuda Championship and the Mayakoba Golf Classic in Mexico.

"Whenever I get a two- or three-week stretch in a row, I tend to be playing better by the end of it," he said. "That's just something I'm using to my advantage now after missing two cuts. I'm peaking in the third week and hopefully I can get it done tomorrow."

Despite going 9 under for the day, Johnson lamented missing several birdie chances and and eagle attempt on the par-4 ninth, when his ball stopped six inches from the pin.

"I really felt like I controlled the distance with my irons really well and hit tons of good shots," he said. "I had a lot of really good looks at birdie."

Kevin Streelman fired a 63 after two straight rounds of 66 and was just three shots back. Mackenzie Hughes, who led after a 60 on Thursday, shot his second straight 68 for sole possession of fourth place. 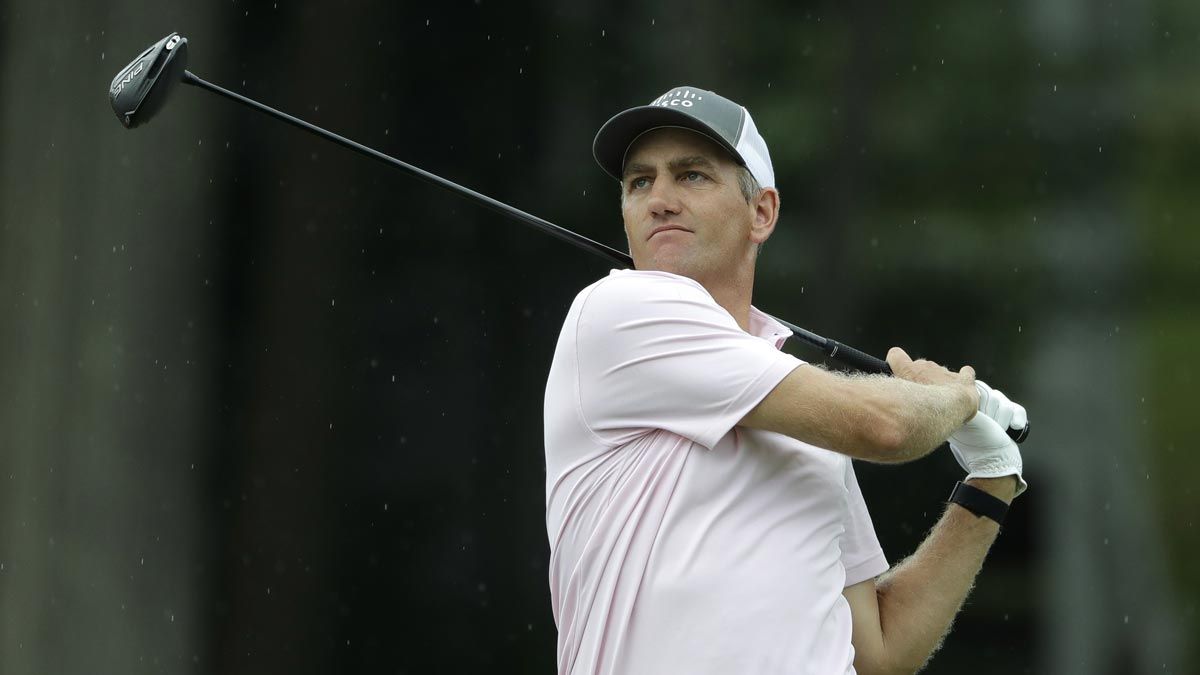 "Today if I had putted like I did the first day, I could have shot low 60s for sure," Hughes said. "Play the same as I did today tee to green and roll in a few putts and it'll be awesome."

Bryson DeChambeau and Kevin Na each shot 65 and were tied for fifth at 197.

Phil Mickelson, who celebrated his 50th birthday on June 16, began the day with a one-stroke lead but struggled, finishing tied for seventh in a group six shots back. He made just his second bogey of the week on the third hole and also dropped strokes on the seventh and 13th before finishing with a 71.

Mickelson, looking for his 45th win and third on this course, has mostly struggled. He missed the cut in his previous three tournaments.

"I haven't played great this year," he said. "I've missed a lot of cuts, and the next thing I know my game is starting to come back and I can sense it. I played two great rounds, and this is really a lot of fun." 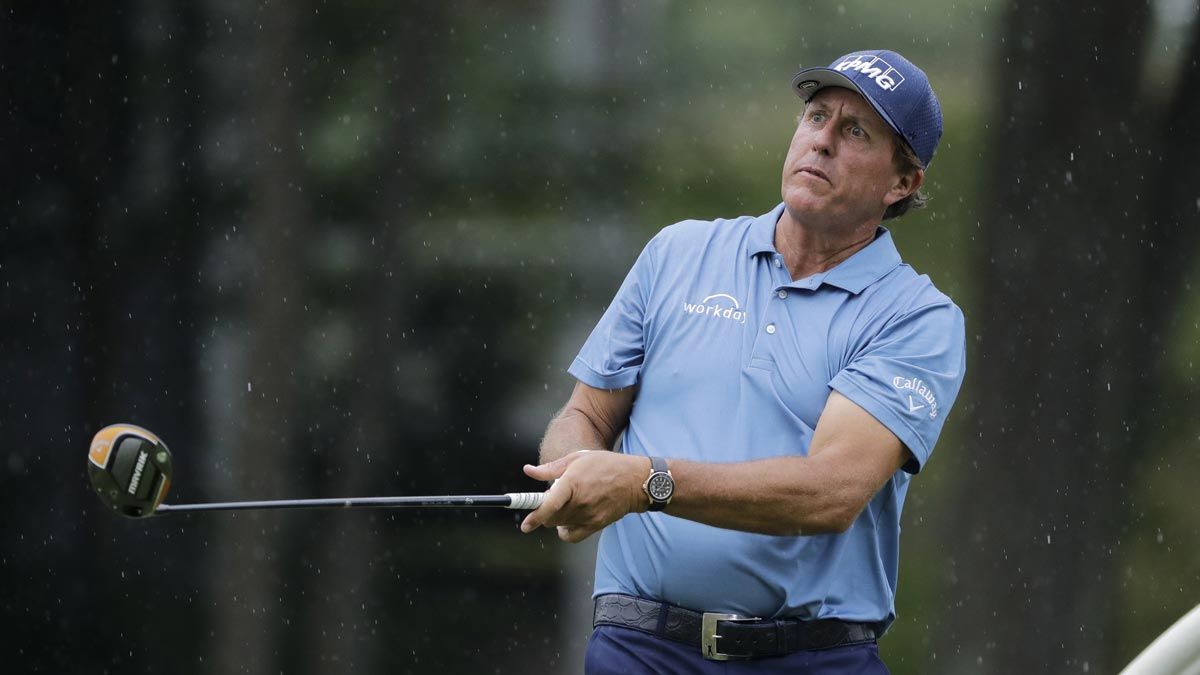 Top-ranked Rory McIlroy, who opened the tournament with a 63, said he feels he is too far back to contend for the title after rounds of 68 and 69. He bogeyed two of his final four holes — his tee shot landed in the water on the course's signature 15th hole and he also made bogey at 18 — to finish in a group eight shots back.

"I guess, if I had have been able to sneak a couple more over the last few holes, get to 14 and then all of a sudden you feel like you're right in it. But I went the other way those last few holes, and that's what took me out of it," he said.

Jason Day requested to be tested for COVID-19 on Saturday morning just before his round. Officials decided to have him play as a single on Saturday as a precautionary measure. He shot a 69 and is 1 under par headed into Sunday.

There have been seven COVID-19-related withdrawals from the Connecticut event.

Two players withdrew because of the coronavirus Friday — Denny McCarthy for a positive test, and Bud Cauley, who tested negative but decided to pull out after playing alongside McCarthy on Thursday.

McCarthy was the third PGA Tour player to test positive for the virus since its restart and the second this week, joining Cameron Champ, who withdrew Tuesday. 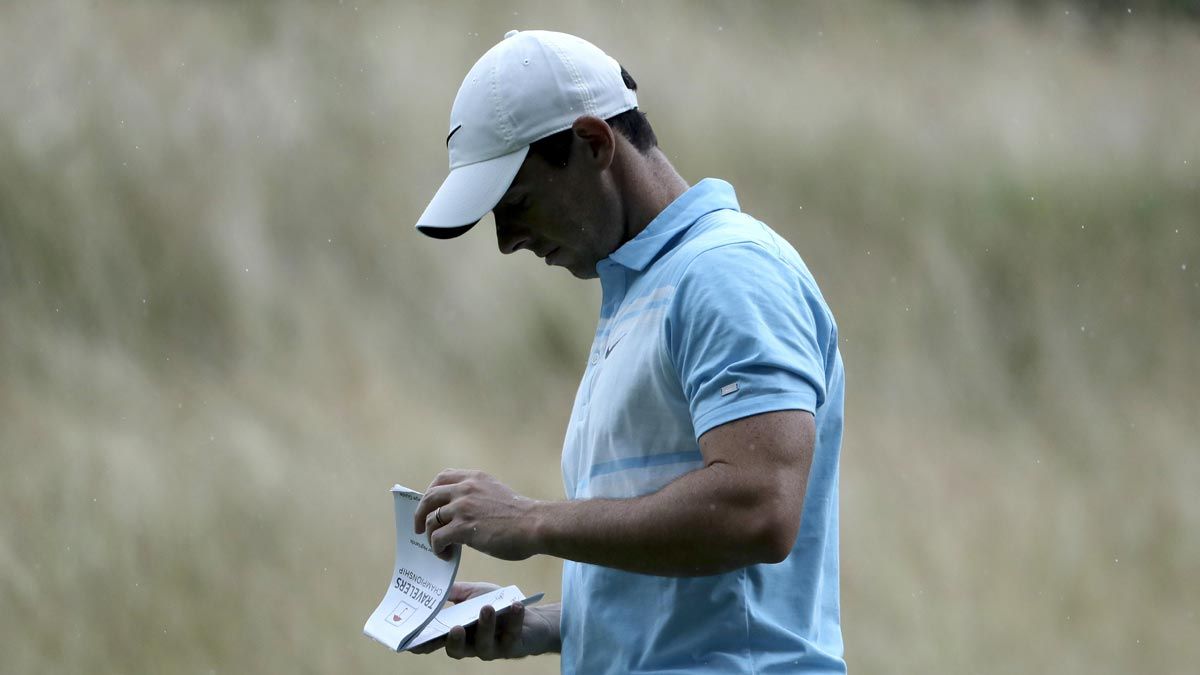 Nick Watney withdrew just before the second round of last week's RBC Heritage Championship. Webb Simpson, Graeme McDowell, Brooks Koepka and his brother Chase also withdrew from the Travelers after coming into contact with people who had the virus.

The PGA said because of the positive tests this week, players, caddies, and anyone else "inside the bubble," will not be allowed on the property at future tournaments until first being cleared with a negative test for the coronavirus.

Officials said on Saturday that all of the follow-up tests as a result of potential contact with McCarthy came back negative.

The round began early in the day because of threatening weather, with golfers going off both the first and 10th tees. It finished just before the skies opened. A forecast for more rain on Sunday will mean another early start.