Back from long break, Jordan Spieth begins search for consistency in Asia events

JORDAN Spieth returns from his longest break during a calendar year hopeful that a fresh start will end his longest drought.

Spieth hasn't won since the 2017 British Open at Royal Birkdale, a span of 54 tournaments worldwide. He last played in August at the BMW Championship, where he failed to advance to the Tour Championship for the second straight year.

Spieth is at the CJ Cup in South Korea and plans to stay in Asia another week for the PGA Tour's first event in Japan.

"I certainly want to get back in the winner's circle," Spieth said. "It's been a little while, and I would like to be more consistent this year, being able to tee it up on Sundays with chances to win more consistently, and that comes from better ball-striking."

Spieth said he has spent time at home in Dallas working on his tee-to-green game. He is coming off one of his best years with the putter — and there have been some good ones — and believes once he gets the rest of his game in order, he'll have more chances.

He had only four top-10 finishes last year, often hurting himself with poor final rounds. The closest he finished to the winner was four shots behind in The Northern Trust, the first FedEx Cup playoff event.

"Each part of my game at different points in my career has been toward the top of the PGA Tour at different times, and sometimes at the same time," Spieth said. "So I know that I'm capable of doing it. It's just a matter of the normal ups and downs of the game and addressing them, and quickly turning the downs to ups and then maintaining when those parts of the game are on top." 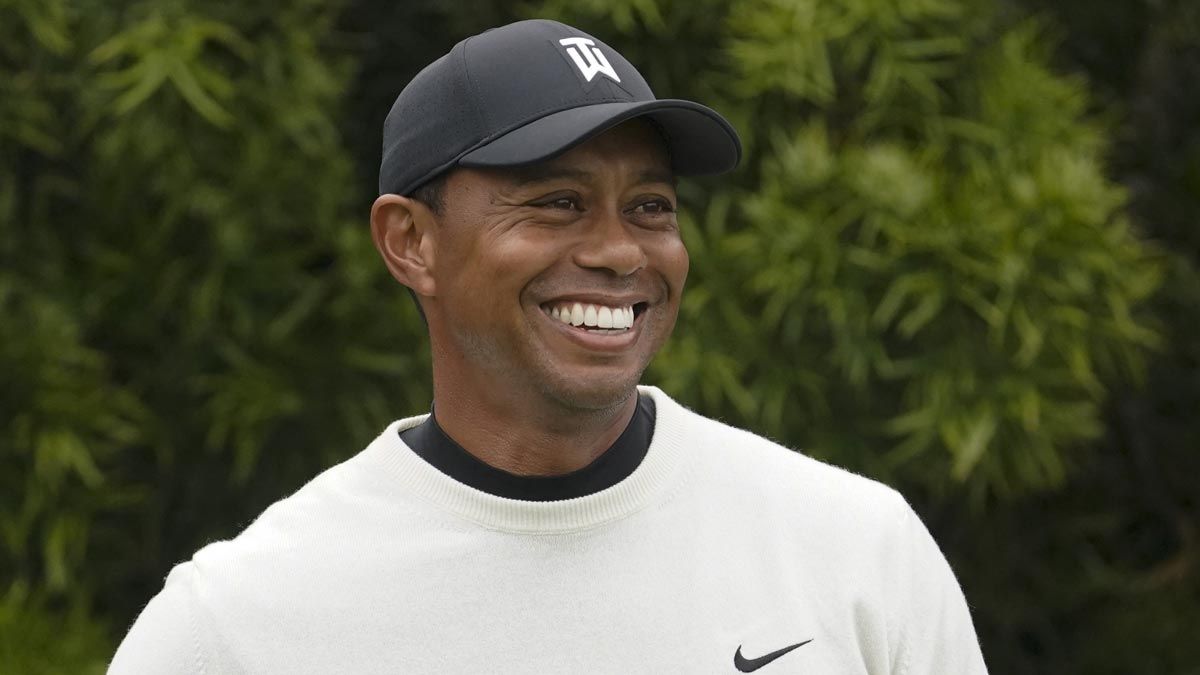 Except for the location, the "World" in Hero World Challenge seems to be lacking this year.

Tournament host Tiger Woods released the names of the 16 players who qualified for the 18-man field on Dec. 4-7 in the Bahamas. With two sponsor exemptions still to award, all but two players are Americans — defending champion Jon Rahm of Spain and Justin Rose of England, whose main residence is at Albany.

That would be the fewest international players since 2012 at Sherwood Country Club in California, when the only non-Americans were Graeme McDowell of Northern Ireland, Jason Day of Australia and Ian Poulter of England. McDowell won the tournament.

The field has two of the major champions in Woods (Masters) and Gary Woodland (U.S. Open).

It doesn't help that the Presidents Cup in Australia is the following week, and International captain Ernie Els is encouraging his prospective players to compete in the Australian Open the week before, opposite the Hero World Challenge.

Nine international players from outside Europe were among the top 50 on Aug. 26, the world ranking used to determine the Bahamas field. The most obvious absence is Hideki Matsuyama, who had played the World Challenge every year since 2015. Day had played only twice, while Adam Scott played only in 2016.

The two sponsor picks must come from the top 50 from the Aug. 26 ranking. 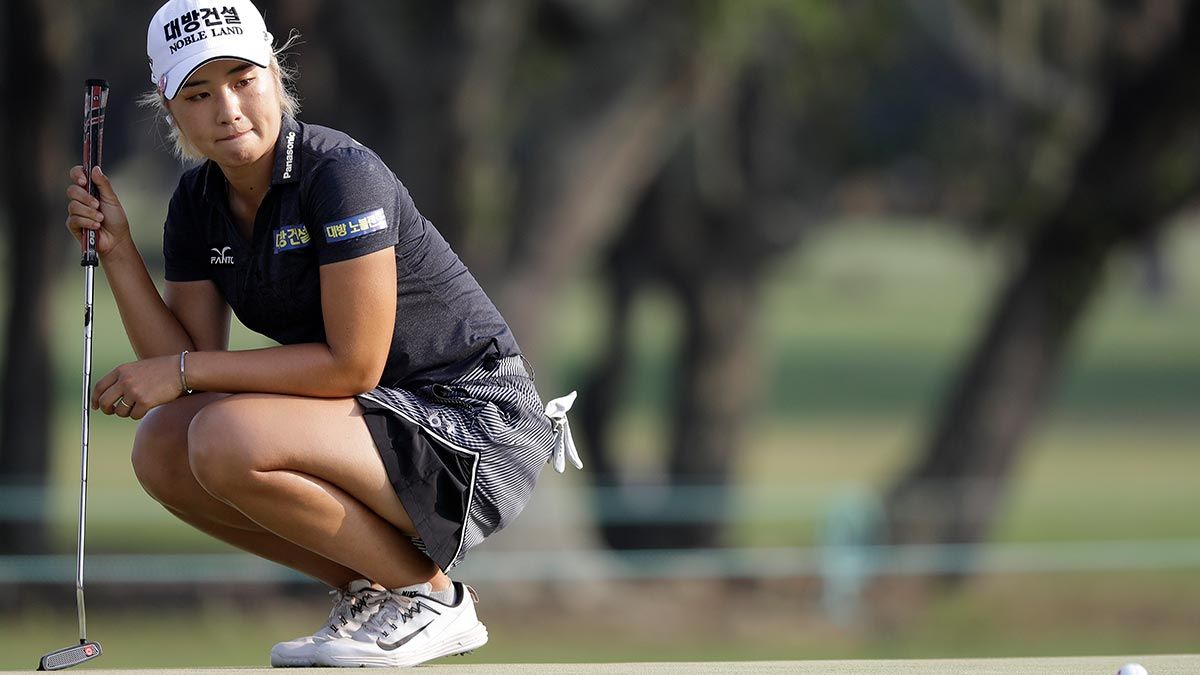 South Korea has made it five in a row thanks to a player named Six.

With five tournaments remaining in the LPGA Tour season, Jeongeun Lee6 already has wrapped up the points-based Louise Suggs Rolex Rookie of the Year. It's the fifth straight year a South Korean rookie will win the award, and Lee6 was the third of those who won a major.

She captured the US Women's Open in South Carolina in early June.

"For five consecutive years, Korean golfers have won this Rookie of the Year award. I'm part of that list, and I am so proud and honored," Lee6 said. "This is all thanks to those players who came before me, who have all given me so much advice. Since the season is almost over, I want to finish strong for the rest of our tournaments and perform well."

Lee6 spent three years on the Korean LPGA before coming to America, winning the money list her last two years. 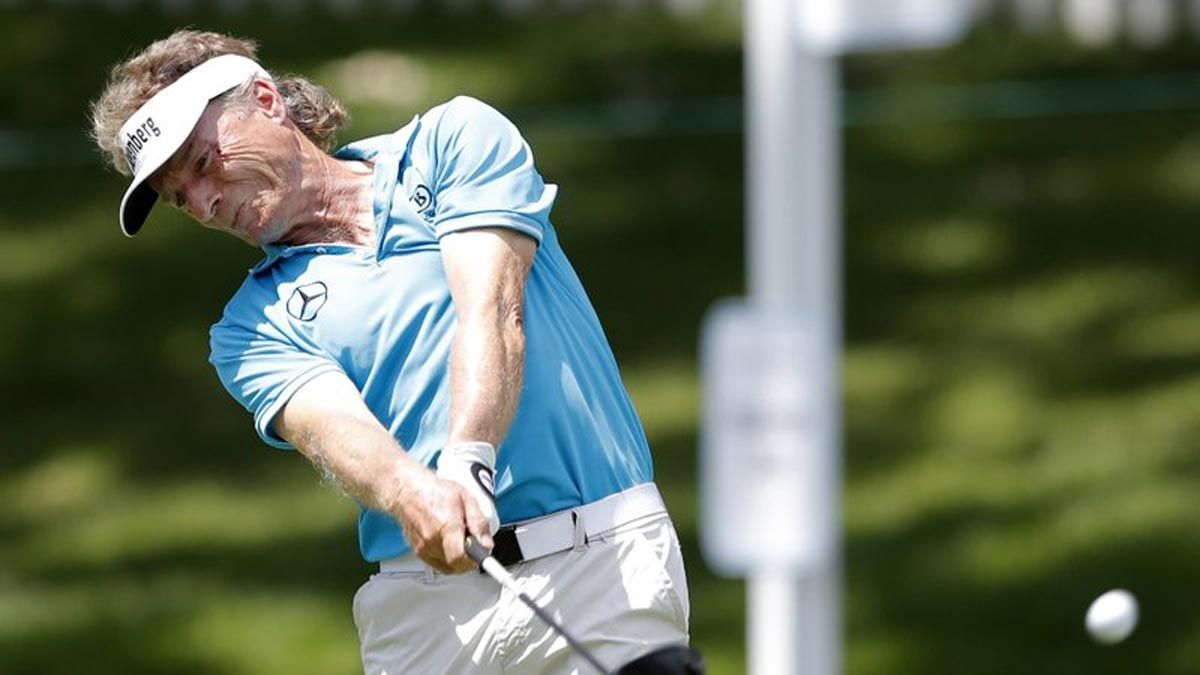 Bernhard Langer, who has won the Charles Schwab Cup five times, considers himself a "wild shot" to win again, and he has good reason.

Even with two more victories this year bringing his career total to 40 wins on the PGA Tour Champions, the 62-year-old German goes into the postseason at No. 7. That's his lowest ranking — he had never been anything but No. 1 — since the Schwab Cup playoffs began in 2016.

Even before the postseason, Langer has finished out of the top 5 only once in his 11 previous seasons.

"Not quite where I was the last few years, but still within a shouting chance to do something," Langer said. "I'm excited about the courses, the tournaments we're playing. I've done well in most of them, and I think I'm about a million behind, so I really need to get my game together and get hot."

Points count double in the three playoff events, starting this week in Virginia. Even so, Langer is 1,060,106 points behind Scott McCarron and likely would have to win the next two events to have a chance. He has won the Schwab Cup four of the last five years.

Asked to list his favorite course in the world, Justin Rose is inclined to pick a place where he isn't limited to one round.

He picked two in the London area — Sunningdale (Old and New) and Walton Heath (Ole and New). And in America, he went to Long Island — National Golf Links and Sebonack, which border each other. His other choice was literally a stretch — Merion and Pine Valley, one northwest of Philadelphia, the other so far to the southeast that it's in New Jersey.

No one has turned his season around like Bernd Wiesberger of Austria. He was No. 389 in the world going into the Made in Denmark event in late May. He won in Denmark, won the Scottish Open and won the Italian Open to reach a career-best No. 22. That's an improvement of 367 spots in five months. ... One year after Europe won the Ryder Cup at Le Golf National outside Paris, Alex Noren is the only player from either team playing in the French Open. Noren is the defending champion. ... Steve Stricker finished No. 4 on the PGA Tour Champions money list despite playing nine tournaments, none over the last three months.

"I've always joked when people ask, 'Have you ever played Augusta?' And I'm like, 'No, I'm going to wait until I earn a spot.' Well, really, I had never been invited to play." — Lanto Griffin, who earned a spot in the Masters by winning the Houston Open.