CARNOUSTIE, Scotland — Anna Nordqvist kept her ball out of trouble to make a routine par at the last and win the Women's British Open for a third major title.

For playing partner Nanna Koerstz Madsen, her 72nd hole of the tournament could hardly have been more traumatic.

The Scandinavians were tied for the lead on 12-under par as they made their way down the famous No. 18 at Carnoustie on Sunday, with even their tee shots unable to really separate them.

After Nordqvist landed her approach from the middle of the fairway safely on the green and 25 feet from the pin, Koerstz Madsen turned away in disgust as she pushed her shot from the light rough on the left into a horseshoe-shaped greenside bunker on the right.

The Danish player's chip from straggly rough fell short and left of the cup, leaving Nordqvist with two putts for the title. The second was a tap-in from a couple of inches, securing a one-shot victory on what proved to be a shootout in perfect conditions over the storied Scottish links.

Yuka Saso of the Philippines fired a closing 75 to finish in joint 39th. 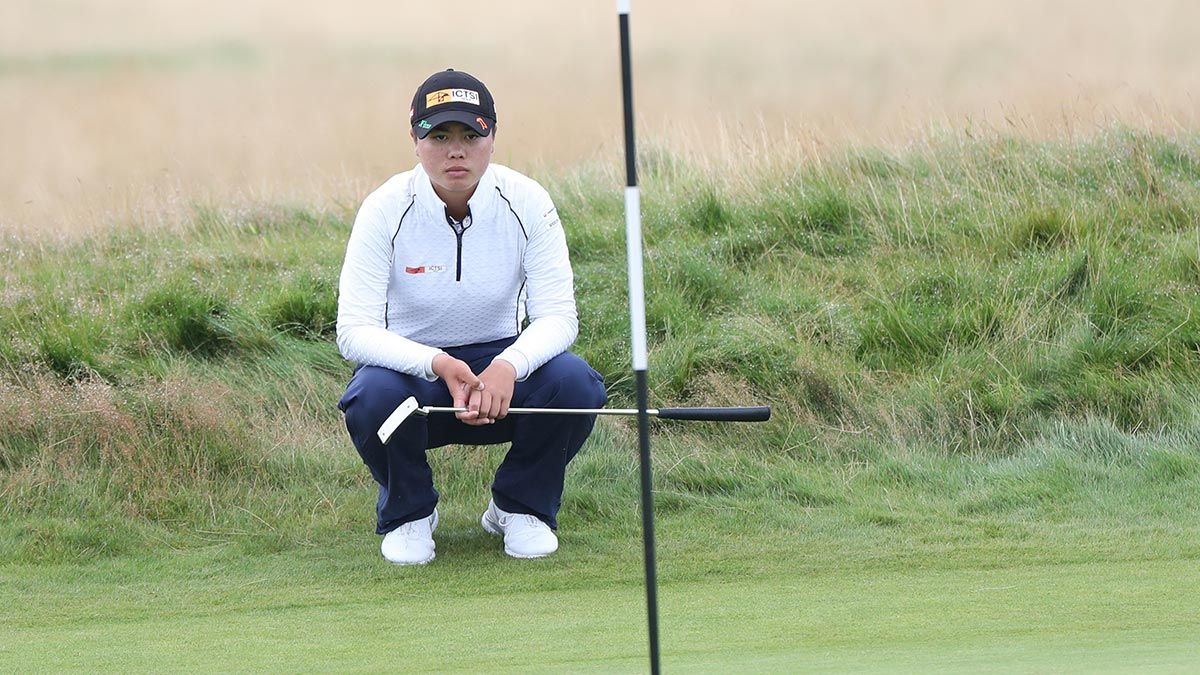 "The only thing I could really control was myself," said Nordqvist, who closed with a 3-under 69. "It was going to be my time."

By adding the Women's Open to her victories at the 2009 LPGA Championship and the 2017 Evian Championship, the 34-year-old Swede became just the third European woman — after Annika Sorenstam and Laura Davies — to have won three or more majors. She received a check of $870,000 from the $5.8 million purse, the largest in women's golf.

When it was all over, Nordqvist was joined on the 18th green by her husband, Kevin McAlpine, a former Scottish Amateur champion who is from Dundee, a city barely 20 minutes from Carnoustie. On Christmas trips back to Scotland, the couple play the storied links course that can often bring players to their knees but was defenseless Sunday because of little wind and almost balmy temperatures.

A third round of 65 — the lowest round of the week — set up Nordqvist's first win in four years, since the Evian Championship. But the title was up for grabs midway through the final round when, at one stage, there were six players in a share of the lead on 9 under, including the overnight leaders in the final group.

In the end, what transpired on the 18th hole over a stretch of couple of hours decided the championship. First, Lee, who started five shots back but briefly moved into outright first place, made bogey to drop to 10 under overall after nearly going into the Barry Burn that runs in front of the green.

Sagstrom, playing in the third-to-last group, also bogeyed the last to fall out of a three-way share of the lead.

Salas missed a 15-foot birdie putt in the next-to-last group and couldn't get to 12 under, leaving Nordqvist and Koerstz Madsen to duel it out.

While Nordqvist played the 72nd hole perfectly, Koerstz Madsen lost her nerve as she sought to become the first Dane — male or female — to win a major.

It was the first year since 2010 that a South Korean failed to win a major.

The last 13 LPGA majors have been won by 13 different players.