TAGAYTAY – Young Rianne Malixi continued to upstage the pros with her dynamic brand of play, scorching the backside to fire an eagle-spiked 70 and pull away by nine strokes over Daniella Uy after 36 holes of the ICTSI Midlands Ladies Classic on Wednesday.

A second straight bogey on the closing par-5 hole hardly ruined Malixi’s brilliant last-nine assault of Midlands as she went on a stirring eagle-birdie feat from No. 16 to shoot a 37-33 card and a two-day total of 143 in her maiden tour appearance.

Uy, winner of the last LPGT leg at Riviera’s Langer layout, salvaged a 75 but lay nine strokes behind with a 152 total while Sunshine Baraquiel, just three strokes behind Malixi after 18 holes, ended up with a 77 to drop to joint third at 153 with Harmie Constantino, who fought back from a 79 with a 74. 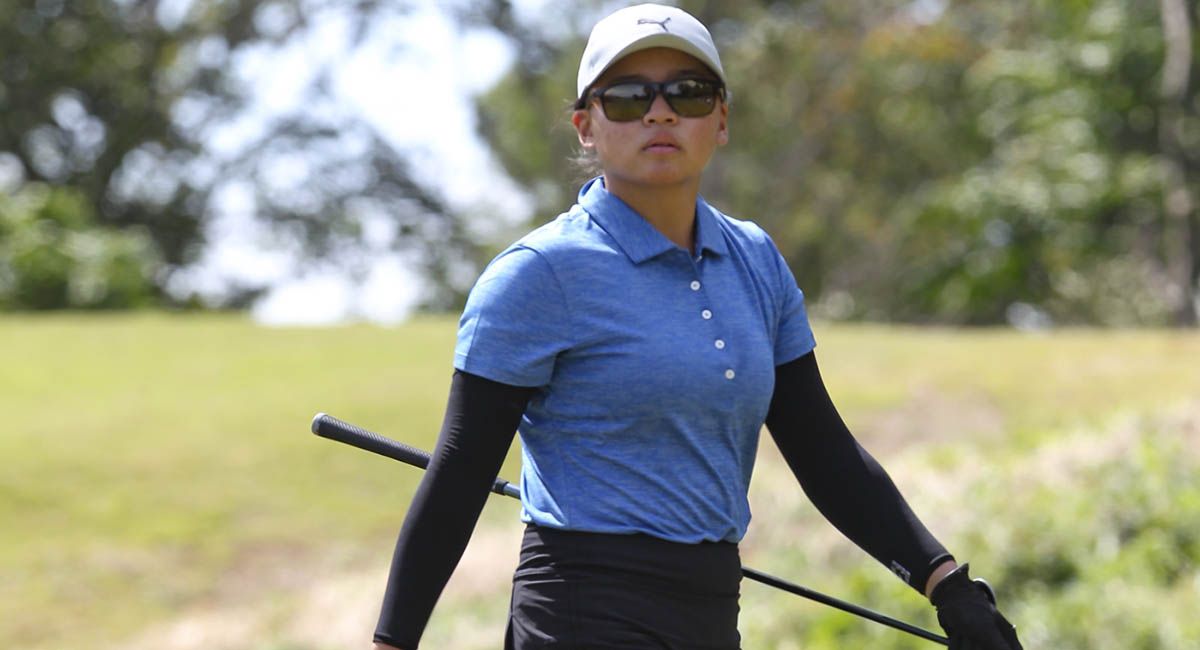 With a huge lead over Uy and the rest of the field, Malixi put herself on track to winning a local pro title in her first try and besting Avaricio’s seven-shot breakthrough title romp over Constantino and Chihiro Ikeda in the ICTSI Riviera Challenge at the Couples course last month.

Taiwanese Yu Chiang Hou edged Thai pro Wanchana Poruangrong in a playoff to become the last amateur to win an LPGT championship at Pradera Verde in 2019 while Princess Superal set the record when she humbled the local pros to dominate the ICTSI Camp John Hay LPGT in 2013.

Malixi insisted there was nothing special in her game, saying: “I just treated it like a practice round. Actually, there was no pressure but it’s a great challenge.”

“I know I’ve been dubious about my iron shots but I was able to manage myself great,” added Malixi, who banked on her superb short iron shots to birdie all but one of the four par-3s.

But it was her eagle off a 50-degree wedge shot after coming up short from a 150-yard distance after a 250-yard drive that highlighted her two-day stint in the season-ending tournament of the eight-leg circuit put up by ICTSI in a season halted by two suspensions due to a spike in coronavirus cases in March and July.

“I will play relaxed but confident although anything can happen,” she added.