Abby Arevalo in a class of her own, rules PH Ladies Open by 9 shots

Abby Arevalo ran away with her maiden Philippine Ladies Open title on Thursday, beating Rianne Malixi by nine despite turning in her worst round in three days – a two-over par 74 – at the Manila Golf Club in Makati.

Three years after humbling the pros with a final-hole birdie to prevail at Riviera, Arevalo nailed another memorable win as the only player to shoot under-par in the first two days of the 58th staging of the country’s premier championship.

She finished with a 211, counting her bogey-free 68 and a 69, for a nine-shot win over Malixi, who beat Arevalo in sudden-death three weeks ago in the National Strokeplay Championship. The 12-year old shot a 72 for a 220. 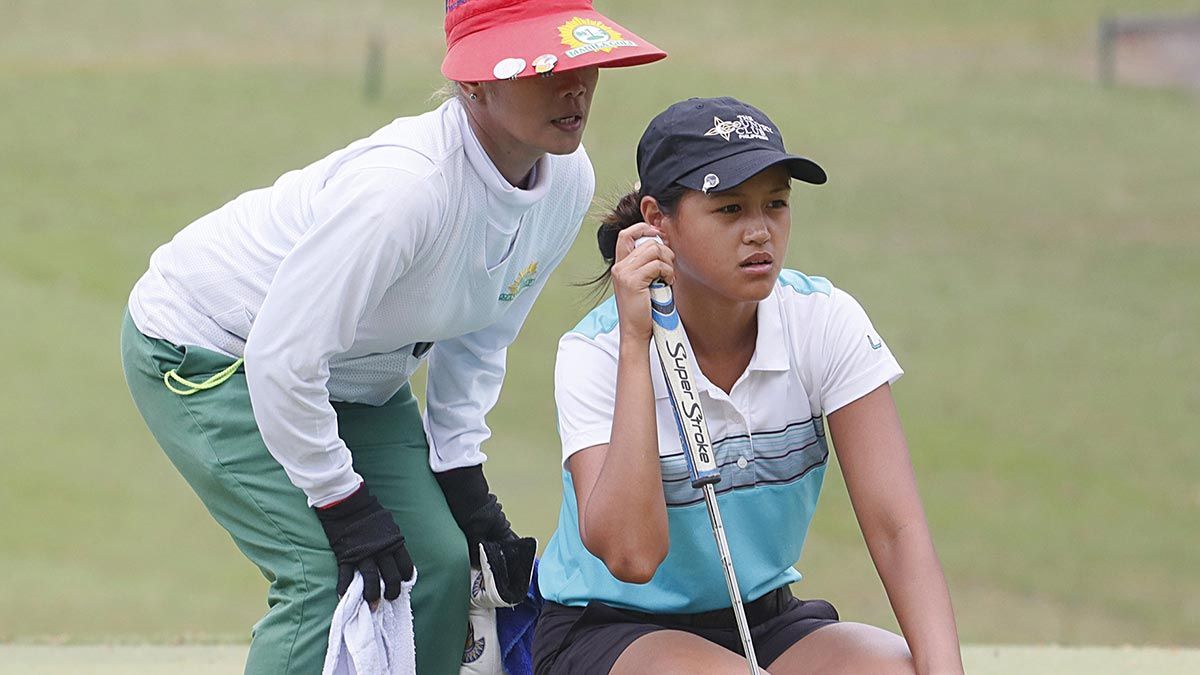 With a whopping 11-stroke lead after 36 holes, Arevalo looked on her way to beating Bianca Pagdanganan’s nine-stroke triumph over Thai ace Atthaya Thitikul at Wack Wack in 2017 as Malixi bogeyed the opening hole.

But she wavered in the backside with bogeys on wrong club selection while losing her putting touch, enabling Malixi, who birdied Nos. 10 and 13, to cut the lead to six with a three-over card against Arevalo’s three-under aggregate.

The 12-year-old rising star, however, failed to sustain her charge and cracked when the going got tough, dropping a stroke on the 14th, which Arevalo birdied from 12 feet to all but settle the issue in the event sponsored by San Miguel Corp., Diamond Motors, Sunsports and Eva Air and organized by the Women’s Golf Association of the Philippines.

“I was playing well at the front but lost my touch coming home due to wrong club selection,” said Arevalo, whose bogeys in the last two holes hardly mattered as Malixi dropped two strokes on the closing par-4 hole. 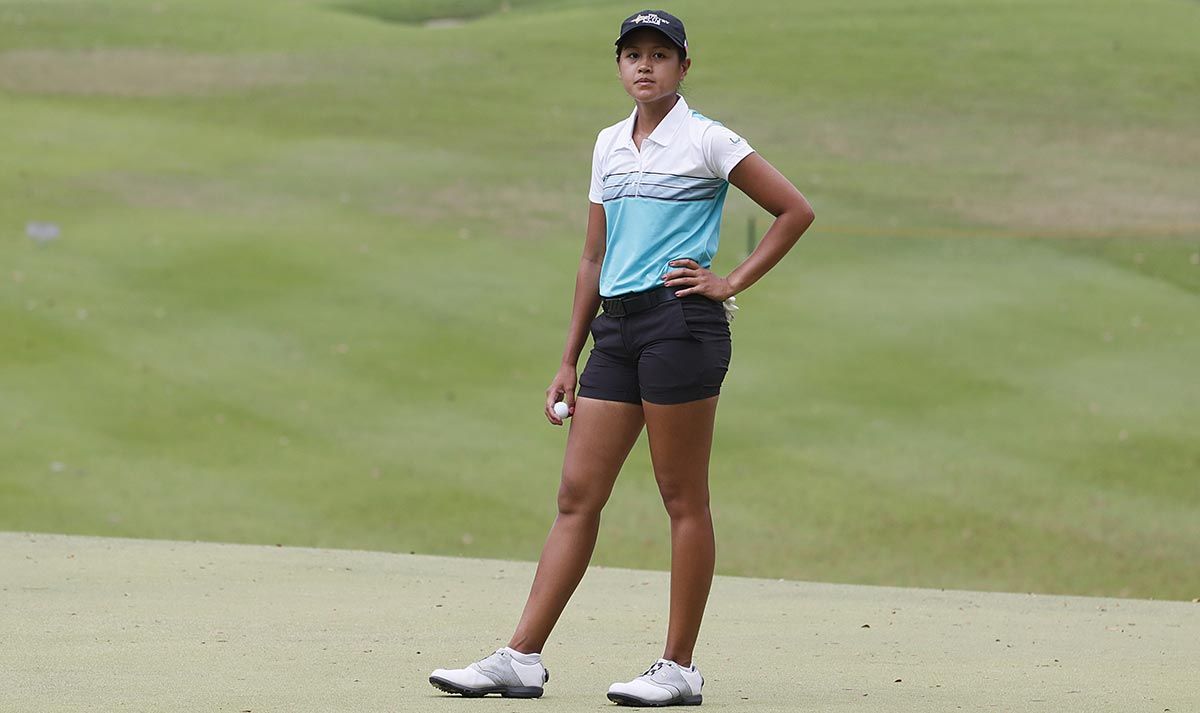 While her rivals floundered and hobbled trying to deal with the tight layout and its sleek greens, Arevalo brandished a game honed while with the San Jose State U in the US and as member of the SEA Games gold medal-winning squad.

The record-tying triumph thus kept the PLO crown at home for the fifth straight year after Princess Superal broke the Thais' three-year domination at Midlands in 2016, Pagdanganan won at Wack, Wack, and Yuka Saso scored back-to-back wins at Orchard and Manila Golf Club.

It also augured well for her buildup for next month’s pro debut in the Ladies Philippine Golf Tour where she reigned as an amateur after shocking Pauline del Rosario with a last-hole birdie at Riviera in 2017.