ABBY Arevalo fired a bogey-free three-under 68 to take a five-stroke lead in the first round of the Philippine Ladies Open on Tuesday at the Manila Golf Club.

The SEA Games team gold medalist hit birdies on Nos. 5, 6 and 10 as she finished with a pair of 34s.

“This is my first time to play this course and I’m happy to shoot a 68 despite the heat,” said the 20-year-old Arevalo, seeking to bounce back from a playoff setback to the Rianne Malixi in the National Stroke Play at Riviera last month.

Arevalo was the lone player to score under-par, with Malixi firing a 73 for second spot. 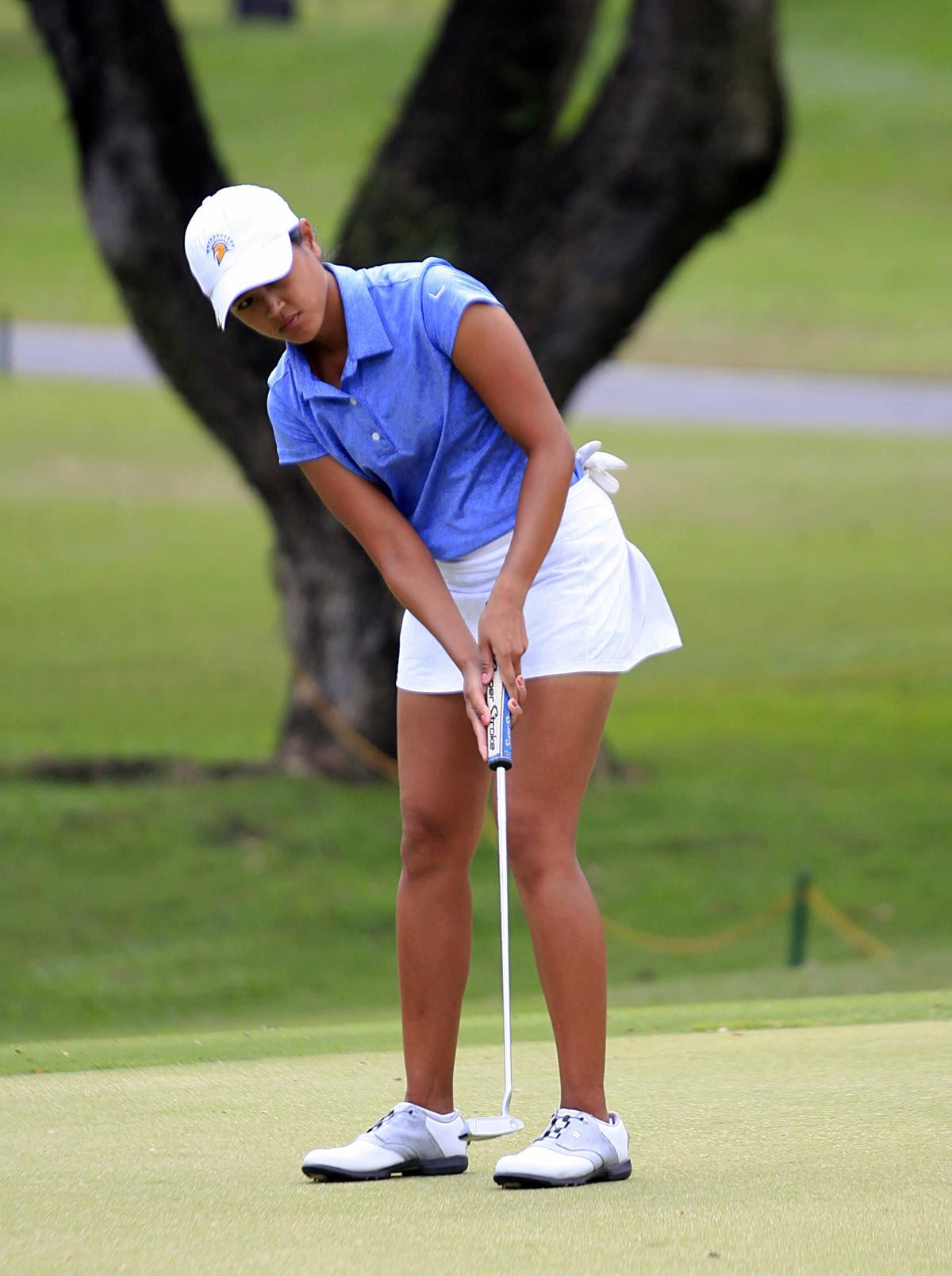 “The greens were a bit fast but I think it suits my game. It’s like playing in the US,” said Arevalo, who played for the San Jose State University Spartans in the NCAA.

“I just love the greens and I could’ve scored lower had I holed in more putts.”

Sophia Abarcas turned in a 78 while Mariel Tee failed to get going and shot to a 79 in a tie with Fil-Guamanian Kristin Oberiano and Martina Miñoza.