FORT WORTH, Texas — Daniel Berger dreamed of moments like this, a putt on the final hole with everything riding on it, and he pulled it off to perfection on Sunday at Colonial (Monday, Manila time).

What he never imagined is how quiet it would be.

No cheers when his 10-foot birdie on the final hole gave him a share of the lead. No groans when Collin Morikawa missed a six-foot birdie putt for the win. And more silence on the first playoff hole that Berger won with a par.

"It was a little different for sure, but in the end, I was holding the trophy," Berger said. "And that's all that matters to me."

The PGA Tour made a healthy and muted return from the COVID-19 pandemic at the Charles Schwab Challenge, except for Morikawa and Xander Schauffele having reason to feel sick to their stomachs. 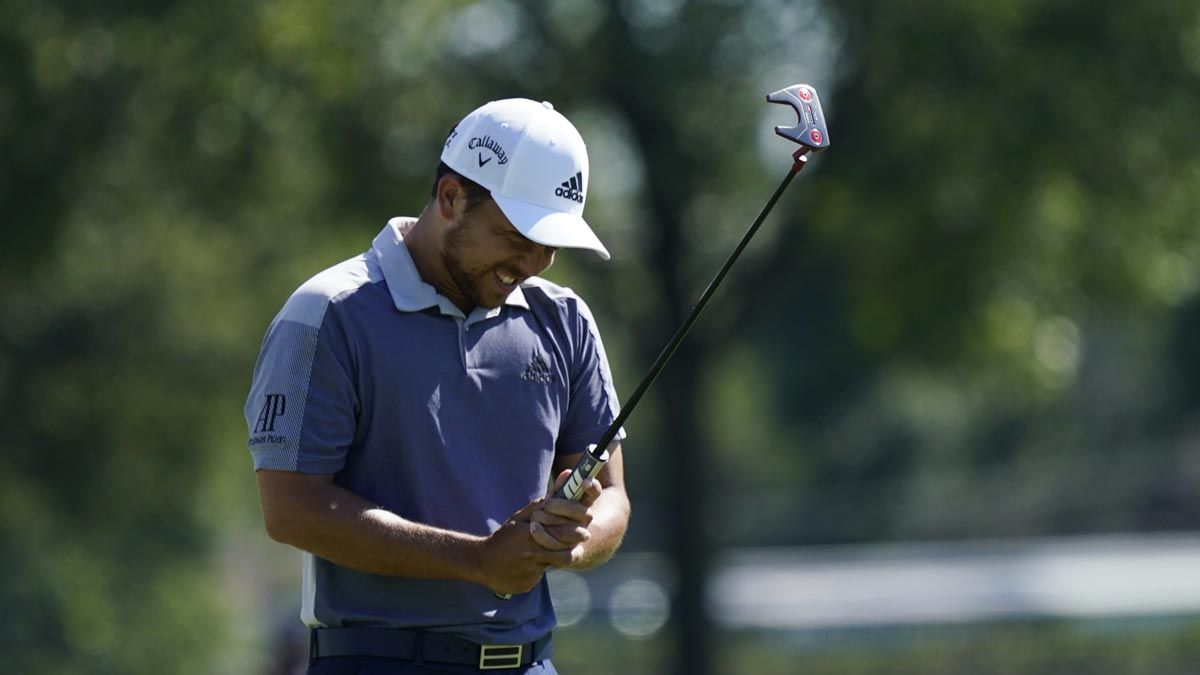 One hole after a chance to win in regulation, Morikawa hit a superb pitch on the 17th hole in the playoff to three feet. Berger converted his simple up-and-down for par from behind the green, and Morikawa's short par putt to extend the playoff hit the right side of the cup and spun out.

"Just hit a better putt," Morikawa said. "My mind can't go much else than other what just happened on that hole."

Schauffele, whose moxie is easy to miss behind his California cool, made three straight clutch putts — for par, bogey and birdie — that kept him tied for the lead only to learn new meaning of "Horrible Horseshoe" at Colonial. His three-foot par putt on the 17th in regulation dipped in the hole on the right side and came out on the left.

His 25-foot birdie putt on the 18th to force a playoff was right on line and came up short.

"If there are fans and everything with the 'oohs' and 'aahs,' I'd probably be a little more (ticked) off," Schauffele said. "Maybe that's a good thing for me right now. But it was definitely weird. It was sort of an internal battle, which it always is for me, but more so internal this week just with no fans." 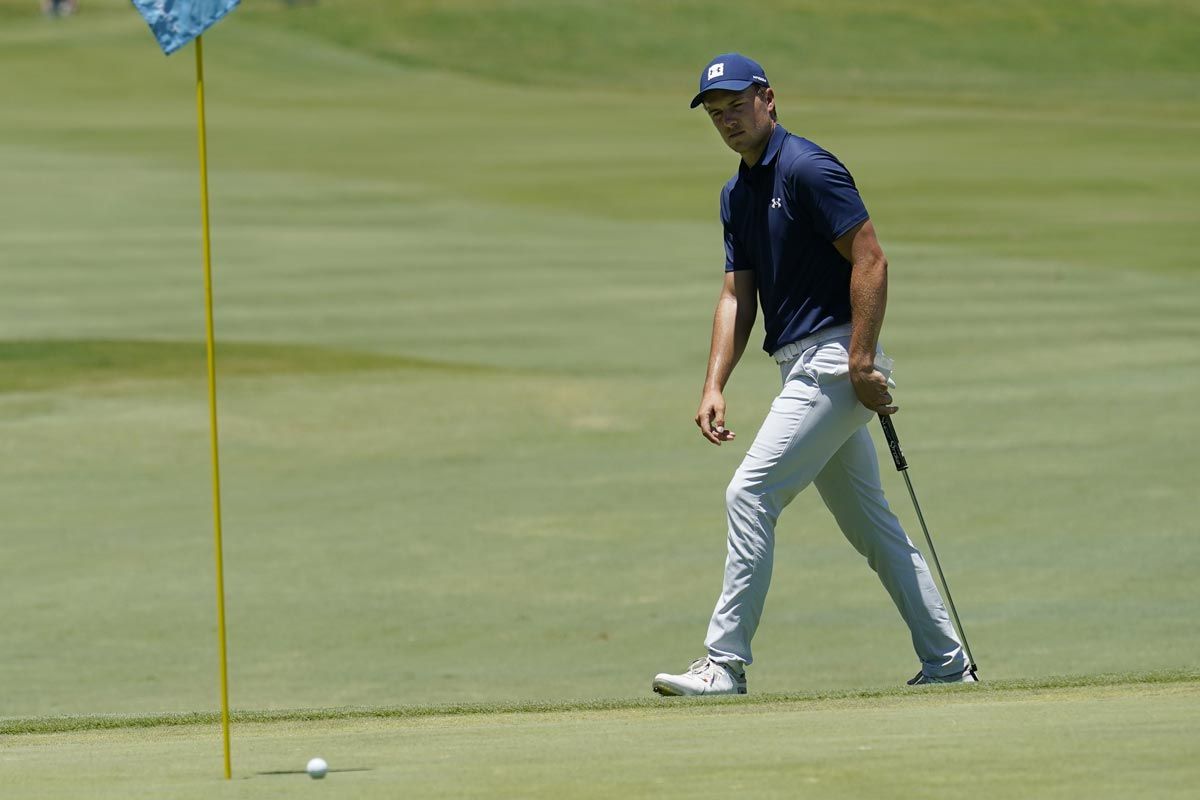 Berger, whose birdie on the 18th gave him a 4-under 66, won for the third time on the PGA Tour, all three titles coming on this week in the calendar. The other two in 2016 and 2017 were at the St. Jude Classic when it preceded the US Open.

This felt different because Colonial was devoid of fans — just like the next four weeks will be on the PGA Tour — and because of the routine he followed. Berger went from the golf course to his rented house, his uncle serving as the chef. He had a saliva test in Florida and a nasal test when he arrived for the new coronavirus, both negative.

He was excited when he arrived — Berger has shot par or better every round since Oct. 11 — because golf was back to business. And he was thrilled when he left, a winner again after missing nearly five months at the end of 2018 because of a wrist injury. The victory moved him from outside the top 100 to No. 31 in the world.

PGA Tour Commissioner Jay Monahan, on the first tee when golf returned Thursday, was back in Florida watching a final round unfold with eight players taking turns at the top, and a half-dozen still in the mix over the final hour. 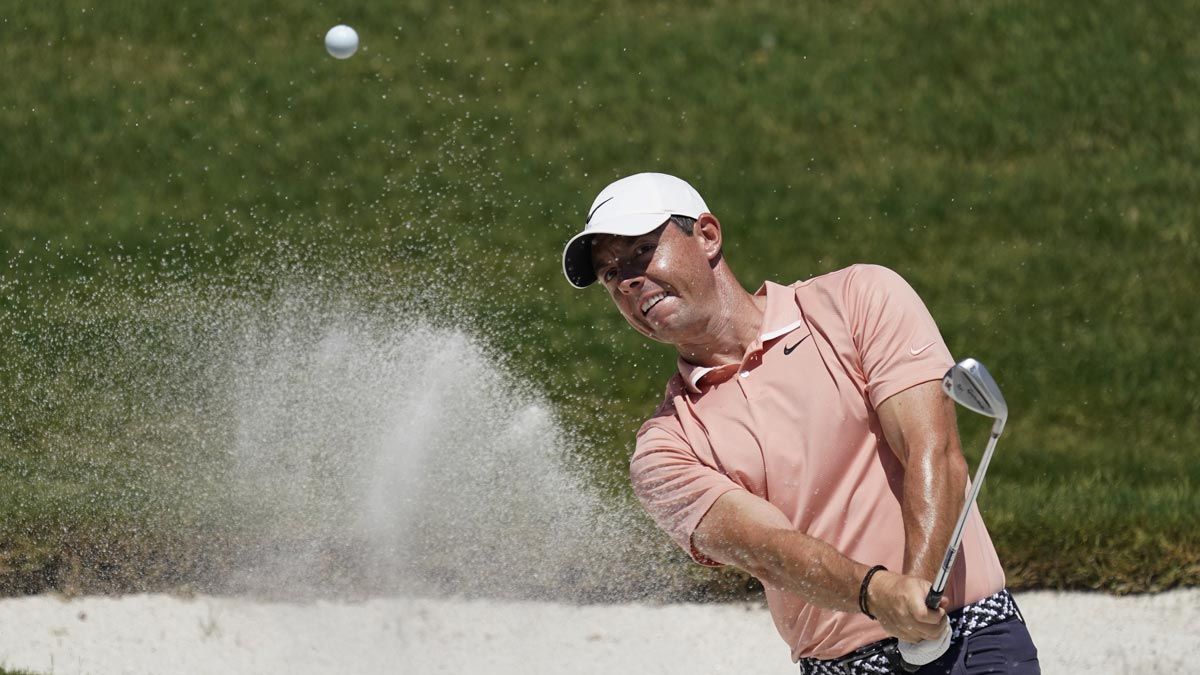 The scorecard this week included 487 tests for COVID-19 at Colonial, all returned negative. The leaders brought star power, Colonial brought heritage, and it was the first live PGA Tour event since March 12 because of the pandemic.

"This has been a phenomenal start to our return," Monahan said.

It almost was a tremendous return for Morikawa, who is so steady that he already has won and has made every cut as a pro dating to his graduation from Cal a year ago. No newcomer has had a streak that long since Tiger Woods.

Morikawa took a share of the lead with a 50-foot putt on the 14th hole. It was the short ones that hurt.

"We gave ourselves our chance, and that's what you want at the end," Morikawa said. "Yeah, it's going to sting for a little bit but we'll make it out and we'll go on to next week."

Bryson DeChambeau (66), Justin Rose (66) and Jason Kokrak (64) all had birdie chances on the 18th. Berger was the only one who delivered, and this time the playoff worked out in his favor.

Jordan Spieth, trying to end three years without a victory, left with a consolation prize of progress. He missed a two-foot par putt on the sixth hole — part of three bogeys in a four-hole stretch — but was still in the mix until a tee shot out of bounds on the 14th. Even then, he made a 35-foot putt to save bogey. He wound up with a 71 and tied for 10th.

Rory McIlroy had seven straight tournaments no worse than fifth, a streak that came to a stunning halt. Starting the final round three shots behind, he was 5 over through seven holes and closed with a 74 to tie for 32nd.

Monahan conceded his biggest concern going into the week, even with its testing and safety procedure, was positive tests popping up. "That's something, candidly, that I lost a lot of sleep over in the weeks that preceded coming in," he said.

Next up is the RBC Heritage at Hilton Head on the South Carolina coast, and Monahan said the first week won't be complete until then to see how players handled the interstate travel. Those on the charter were tested after the third round. Everyone else would be tested when they arrived at Hilton Head.

"This is about a sustained return," Monahan said. "But I think as we sit here late in the day Sunday, there's no question that this has been an exceptional week."