Zlatan Ibrahimovic stays calm for once amid furor over surprise investment

"I think they in Malmo respect this ... I think they are happy for my sake," the soccer superstar said upon announcing he bought a stake of nearly 25% in a rival of his boyhood club.

Ibrahimovic got it completely wrong.

The reaction of Malmo fans to their team's greatest player becoming a part-owner of Stockholm-based Hammarby has been vicious and relentless.

Vandals went to Ibrahimovic's property in central Stockholm late Wednesday (Thursday, Manila time), writing the word "Judas" among the things on the front door and reportedly pouring "surstromming" — foul-smelling fermented herring that is a staple in Swedish cuisine — in the doorway.

In Malmo, a fence with tarpaulin has been placed around a nearly 3-meter (10-foot) golden statue of Ibrahimovic — unveiled only last month — that takes pride of place outside the southern city's soccer stadium. That's because angry Malmo fans lit fires at the base of the statue and spray-painted a discriminatory message in front. Earlier, a toilet seat was placed around one of the statue's arms and a plastic bag put over its face.

Security guards have been brought in to keep watch.

"The best way to solve it is if it is removed and put somewhere in Stockholm or something," Kaveh Hosseinpour, vice-chairman of Malmo's official supporters' group, told The Associated Press.

Former Malmo player and coach Jens Fjellstrom said in a podcast that Ibrahimovic's decision was "a declaration of war" and that Ibrahimovic should be considered a "rival" to the club.

Ibrahimovic, usually so brash and outspoken, has kept quiet amid the furor. 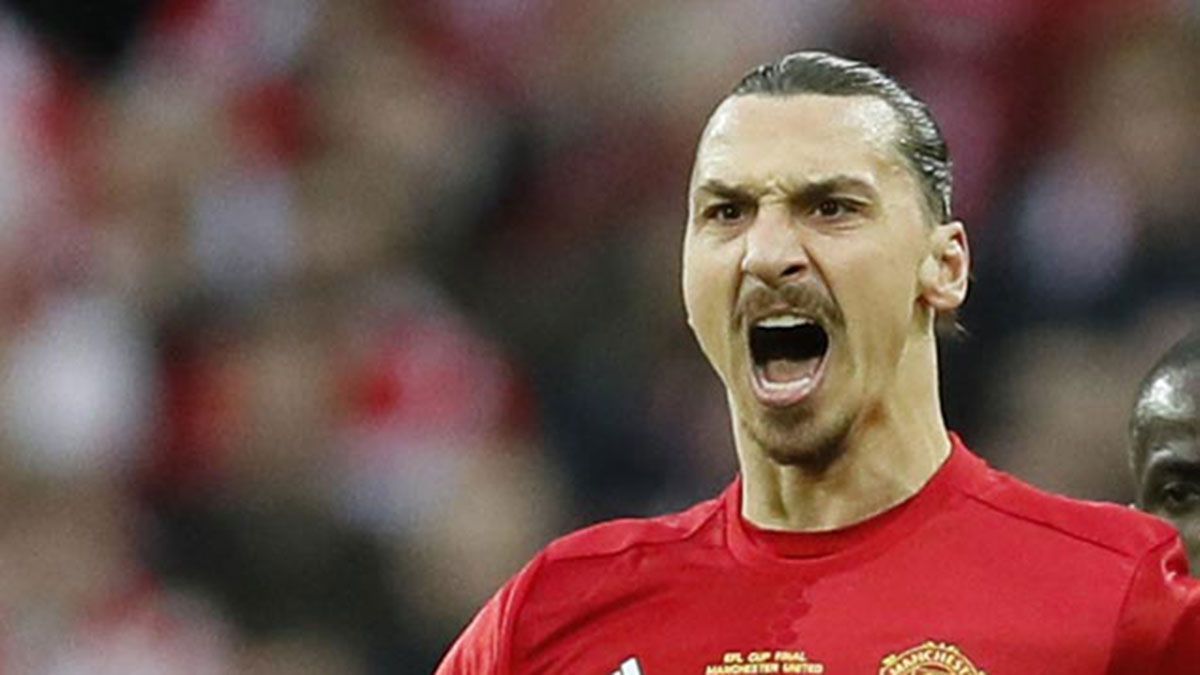 Some commentators wonder whether this episode is just an excuse for all the haters of Ibrahimovic to cause damage and vent their discriminatory views.

Ibrahimovic was born in Sweden to immigrant parents from the former Yugoslavia. One of five children, he was brought up in a housing project in Malmo where there were rival criminal gangs.

Soccer was his escape and he became one of the most charismatic players in the world, winning trophies with many of the best teams across Europe and starring for Sweden at major tournaments. For the past two seasons, he played for the Los Angeles Galaxy in Major League Soccer.

He always remembered his roots, though, and was proud when the Swedish Football Association commissioned the statue of Ibrahimovic outside Malmo's stadium.

"If you come to Sweden and want to see something that really matters to the world, then you have to see the statue," Ibrahimovic said when the monument was unveiled on Oct. 8. "Not the king's statue. This is the real statue. With all due respect to the king."

A month later, the statue is under police protection, Ibrahimovic's legacy in Malmo seemingly in ruins.