THE Philippines’ pursuit of global football glory takes a new turn as the Azkals open their Fifa World Cup Qualifiers campaign against Bahrain on Thursday night at the Philippine Stadium in Bocaue, Bulacan.

In their first and only major tournament of the year, the reinforced Azkals target an auspicious start to an arduous journey toward the world’s showpiece event to be held in Russia in 2019. And in one of the rare times, they’re kicking it off on home soil in a 20,000-seat venue.

“We know how big this game is and it’s important to make the home advantage count,” star striker Phil Younghusband said in the pre-match conference on Wednesday. “If we get a bad result, we’re playing catch-up from now on, so we have to get a good result now.”

But the 137th Filipino booters immediately face a familiar, favored foe in the Bahrainis, who are ranked 31 spots ahead of the Pinoys and have had their number in their encounters, the most recent a 2-1 decision in their friendly last March in the Middle East country.

“We’re the underdogs, but it will be a very interesting match,” Azkals coach Thomas Dooley admitted. “We’ll go there for the points.”

Kickoff is at 8 p.m. with the Azkals seeking a first-ever victory against Bahrain. The two nations are in Group H with Uzbekistan, North Korea, and Yemen.

The top teams from each of the eight groups, as well as the four best second-placers advance to the next round and are likewise seeded in the AFC Asian Cup.

Dooley is drawing strength from having what is arguably the best squad ever assembled with the influx of overseas-based standouts in Iain Ramsey, Luke Woodland, Kevin Ingreso, and Stephan Palla, as well as the return of Stephan Schrock, Javier Patiño, and Neil Etheridge.

“We’ve seen glimpses of what players have to offer,” said Younghusband, whose brother, James, has been left off due to the abundance of talent in the squad. “We have a lot of strengths in this team.”

The Azkals, however, had little time to prepare and gain cohesion as they have only been training together since the start of the month.

“The time isn’t long enough to implement everything you want,” said Dooley, who has instituted a new 3-4-3 formation. “But so far, everything worked out the way we wanted.” 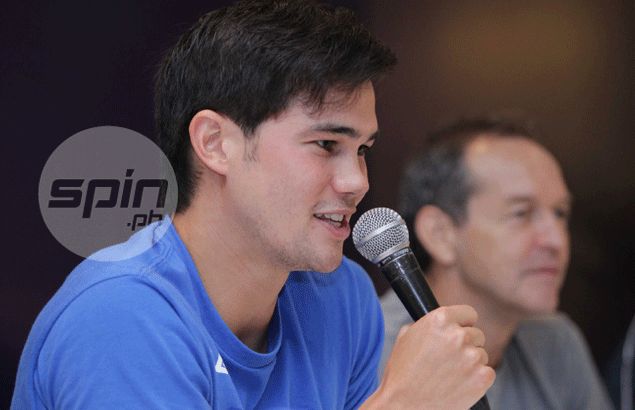