BERLIN — Hertha Berlin defeated city rival Union Berlin 4-0 in a subdued derby amid the Bundesliga's strict hygiene measures against the coronavirus on Friday.

No fans were allowed into the game, the first in the German league's second round of games since it resumed last weekend after a two-month break.

There were no unruly individuals present to break a minute's silence held before the game for victims of the coronavirus pandemic.

Quick-fire goals from Vedad Ibisevic and Dodi Lukebakio early in the second half, followed by more from Matheus Cunha and Dedryck Boyata gave Hertha its second win in two games under new coach Bruno Labbadia and helped ease the pain of losing the first Bundesliga derby between the sides 1-0 in Union's stadium in November. 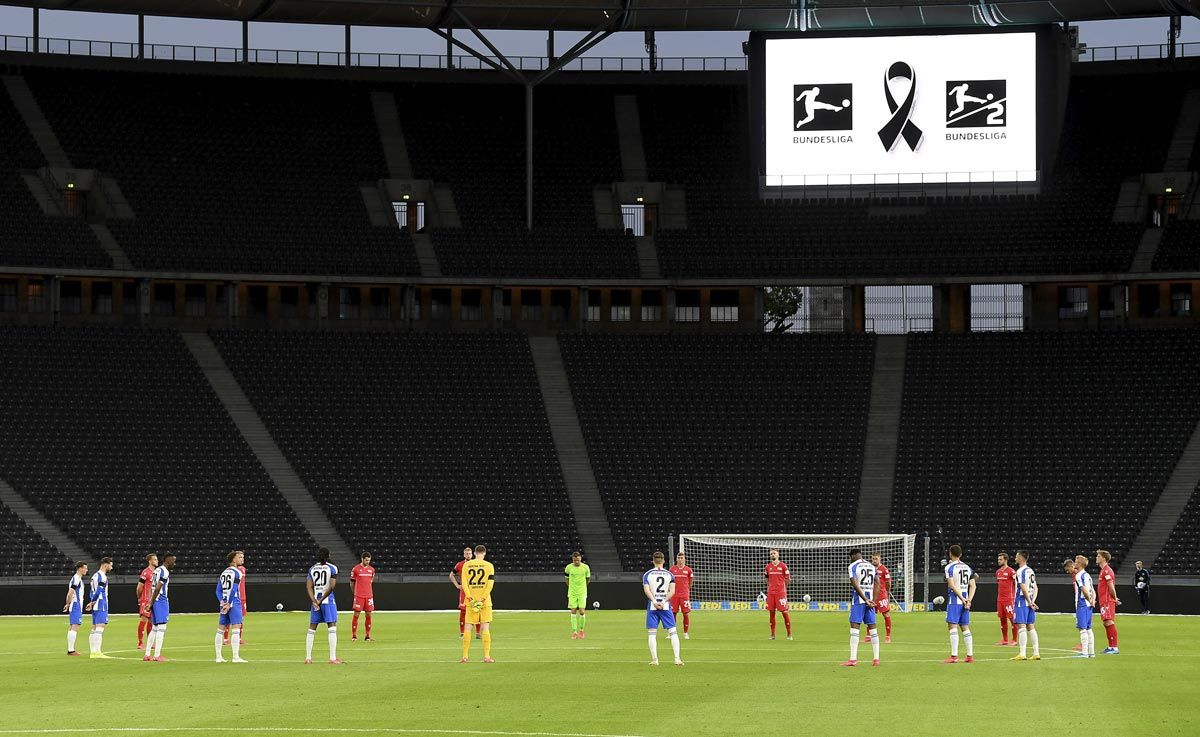 The contrast between the games could hardly have been greater. Union's stadium was sold out. The teams were greeted by a giant choreography based on Greek mythology and the game was marred by pyrotechnics landing on the field and the threat of fan violence afterward.

There was no fear of a repeat on Friday. Fans had been told to stay away and there seemed little enthusiasm for the game around the city before kickoff. Players were allowed to play only after testing negative for COVID-19, and they were warned to keep their emotions in check. They arrived wearing face masks. Balls were disinfected. Labbadia and counterpart Urs Fischer wore face masks as they conversed, then touched elbows instead of the customary handshake or embrace before the game.

The thud of the ball seemed amplified in the vast emptiness of Hertha's 75,000-capacity Olympiastadion. Players were encouraged with scattered applause and shouts from masked non-playing teammates.

Union goalkeeper Rafa Gikiewicz denied Lukebakio in the game's first big chance in the 18th minute, then needed some time to recover after getting the ball between his legs. 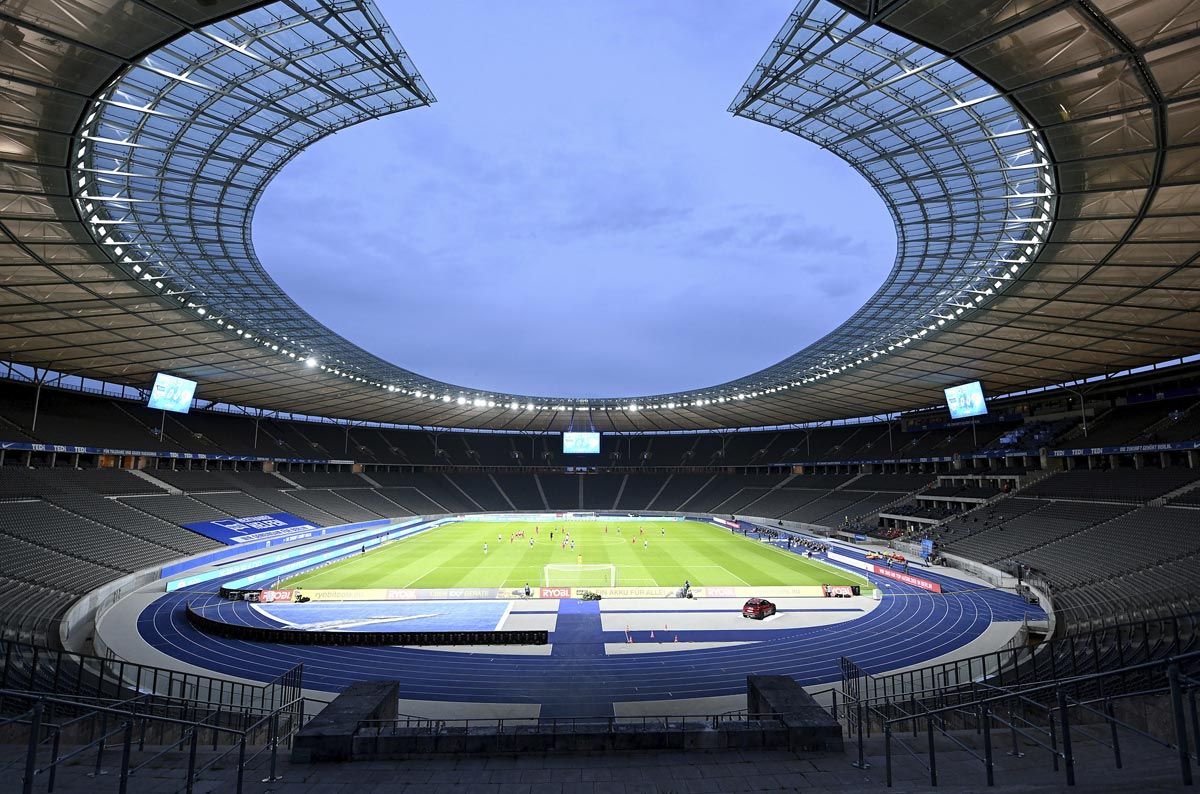 Robert Andrich went closest for Union with a free kick before the break.

Ibisevic finally broke the deadlock in the 51st minute, beating his marker to head in Marvin Plattenhardt's cross. The striker warned his teammates to stay away during the celebrations.

Lukebakio did likewise after rounding Gikiewicz to make it 2-0 a minute later.

Cunha sealed the result in the 61st, before Boyata rounded off the scoring in the 77th. 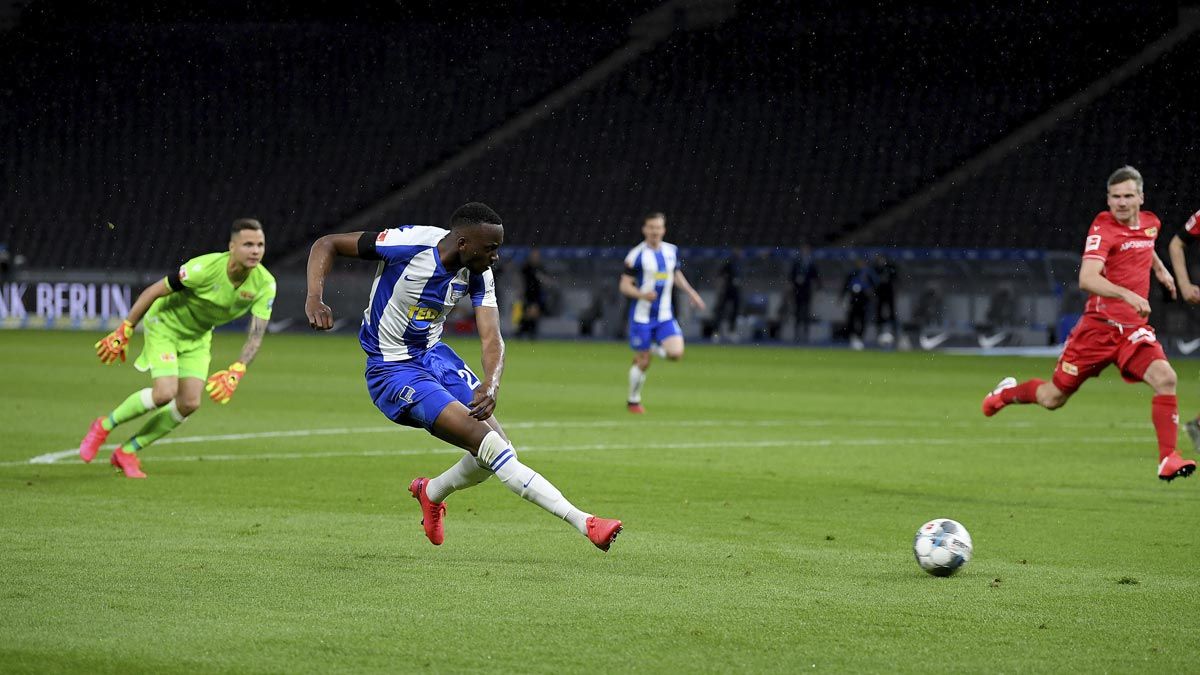 Hertha's players celebrated afterward in front of the stadium's east stand, where normally the team's most fervent fans would be.

"We know what the game means for our fans. This time we produced a really good performance," Ibisevic said.