Young Spain squad overpowers Lithuania in a tuneup for Euros

LONDON — Spain's group of young debutants beat Lithuania, 4-0, in a warm-up match for the European Championship on Tuesday.

The Spain team was made up of players from the under-21 squad, as well as its coach, after captain Sergio Busquets tested positive for COVID-19.

From the 20 players called up for the match, 19 had never played for the senior national team.

The friendly counted as a first-team match, with players getting caps and an official debut for coach Luis de la Fuente with the main squad.

De la Fuente named 10 debutants plus Bryan Gil in the starting lineup. The last time Spain had 10 debutants for a senior international was in 1941, against Portugal, after the team had not played since Spain's Civil War broke out in 1936.

Valencia defender Hugo Guillamón got Spain off to the perfect start in the third minute and Brahim Díaz doubled its lead in the 24th before Abel Ruiz had a penalty saved by Lithuania goalkeeper Tomas Švedkauskas.

Juan Miranda curled in a free kick nine minutes into the second half and fellow substitute Javi Puado capped a great night for the youngsters in the 73rd.

Euro 2020 starts Friday. Spain will play its first game on Monday against Sweden in Seville. Luis Enrique has until Saturday to make changes to his squad because of injuries or COVID-19.

Karim Benzema's return to international soccer continues to go awry as the France forward limped off injured in his team's 3-0 victory over Bulgaria.

Benzema had a penalty saved and hit the post last week in his first appearance for France in nearly six years.

He lasted just 41 minutes on Tuesday before being forced off. But France coach Didier Deschamps — with whom Benzema had a fallout over the player's alleged role in a sex-tape scandal — has brushed off concerns, indicating that it is just a dead leg.

Benzema's replacement, Olivier Giroud, scored a late double in the final seven minutes to secure victory for the world champions after Antoine Griezmann had opened the scoring in the 29th. 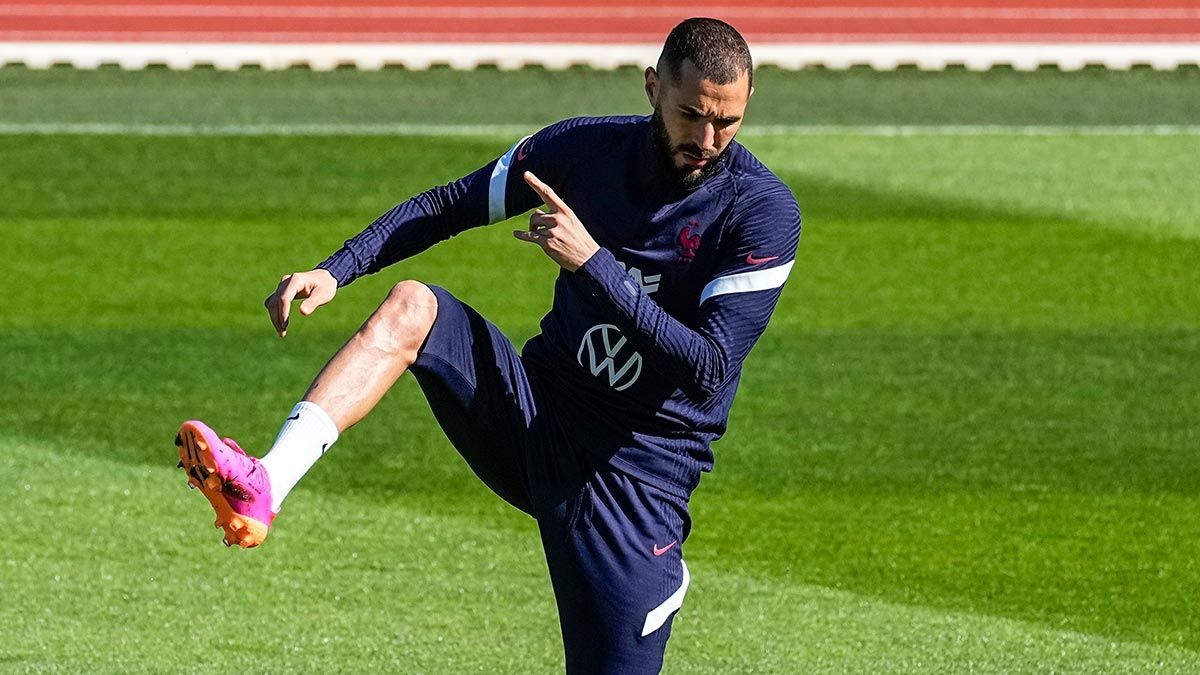 The Czech Republic beat Albania 3-1, while Iceland drew 2-2 in Poland and Hungary was held to a 0-0 by Ireland in Budapest.

The Irish players were booed by a section of Hungarian supporters for taking a knee before kick-off to support the sport's anti-racism campaign.

"The fact it was booed is incomprehensible," Ireland manager Stephen Kenny said. "It's disappointing and it doesn't reflect well on Hungary, really.

"Our players wanted to do it. It's an important stance and I commend them for taking that stance."

The incident followed the England team being booed at home by some fans for making the anti-racism gesture during two warmup games.