BOSTON — Joris Gnagnon took out Liverpool midfielder Yasser Larouci's legs at Fenway Park like a baserunner trying to break up a double play.

The Sevilla defender was sent off in the 76th minute for a reckless tackle near where second base usually is in the home ballpark of the Boston Red Sox. Despite finishing with 10 men and facing an increasingly hostile crowd, Alejandro Pozo scored in the 90th minute on an assist from Munir El Haddadi to give the Spanish side a 2-1 victory.

"It's too early in the season to create headlines by saying things I think in that situation," Liverpool manager Jürgen Klopp said.

"No headlines, 'Klopp: ...,'" he instructed reporters after the game, tracing the punctuation in the air with his finger. "I want to holiday in Spain again."

The 18-year-old Larouci remained on the sod that had been laid over the Fenway infield while Gnagnon inexplicably argued the call for several minutes.

"In the locker room, he was fine," Klopp said, adding that Harry Wilson, who left at the end of the first half after being hit in the face, was also OK.

Sevilla manager Julen Lopetegui said he checked with Klopp after the match and was relieved to hear Larouci was not seriously injured.

"He (Gnagnon) was very worried, because he knows it's a bad tackle. It's not a good decision," Lopetegui said. "The most important thing is the player is OK."

With temperatures in the mid-90s, a crowd of 35,654 filled almost every seat in the ballpark, most of them dressed in red to support Liverpool. The Champions League winners and the Red Sox are both owned by groups led by financier John Henry, making the century-old ballpark seem like Liverpool's Anfield. 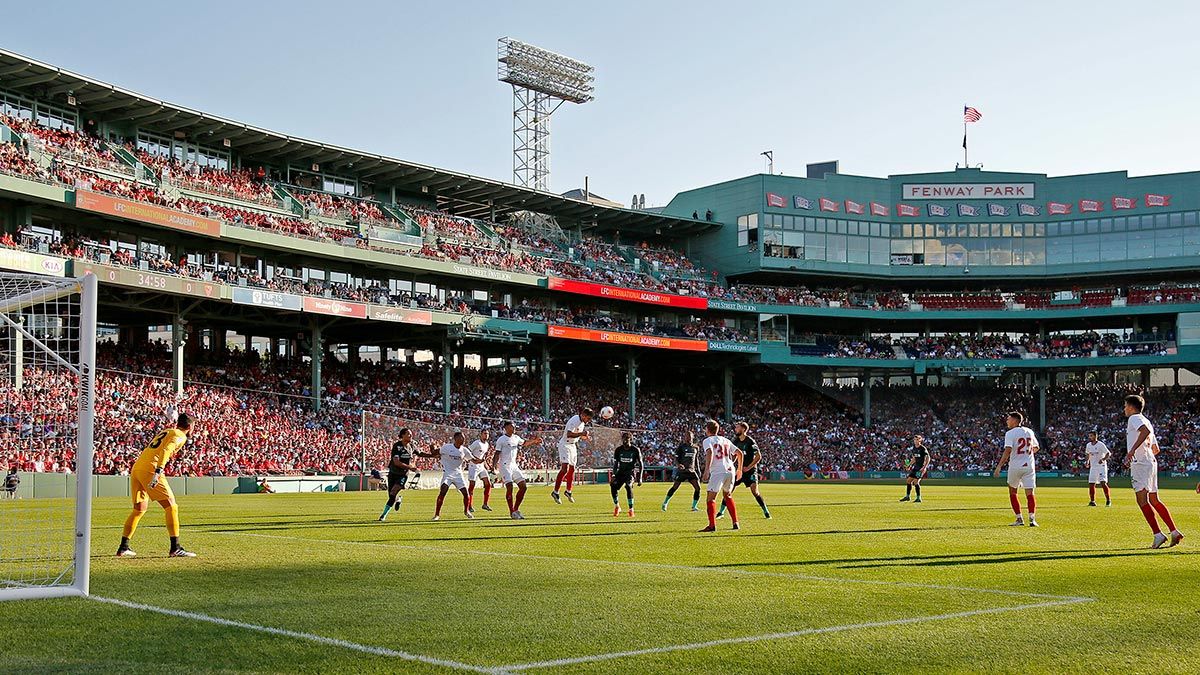 The field was laid out from the third-base side to right field, with the home team bullpen removed to make room. The teams had their benches in front of the iconic Green Monster, the 37-foot wall in left field. Much of the baseball diamond itself was covered with sod; the pitcher's mound was sawed apart and shoveled off after the Red Sox finished their homestand on Sunday.

After the US national anthem, the fans serenaded the Reds with the traditional "You'll Never Walk Alone."

To deal with the heat, the game was stopped once each half to give the players a chance to hydrate; the Fenway grounds crew also came out with hoses to wet down the infield, and sprinklers took care of the outfield.

The fans didn't get to see many of their favorites, with Mohamed Salah, Sadio Mané and Roberto Firmino all resting from international tournaments, along with goalkeeper Alisson. Liverpool's top four goalkeepers were unavailable; Andy Longergan, who spent the last season at Middlesbrough, got the start.

Liverpool dominated early, but it was Sevilla that scored first when a ball deflected in the penalty area to Nolito, who made it 1-0 in the 37th minute. Divock Origi tied it in the 44th minute when a header deflected to him at the post and he buried it.

It stayed that way until the 90th minute. 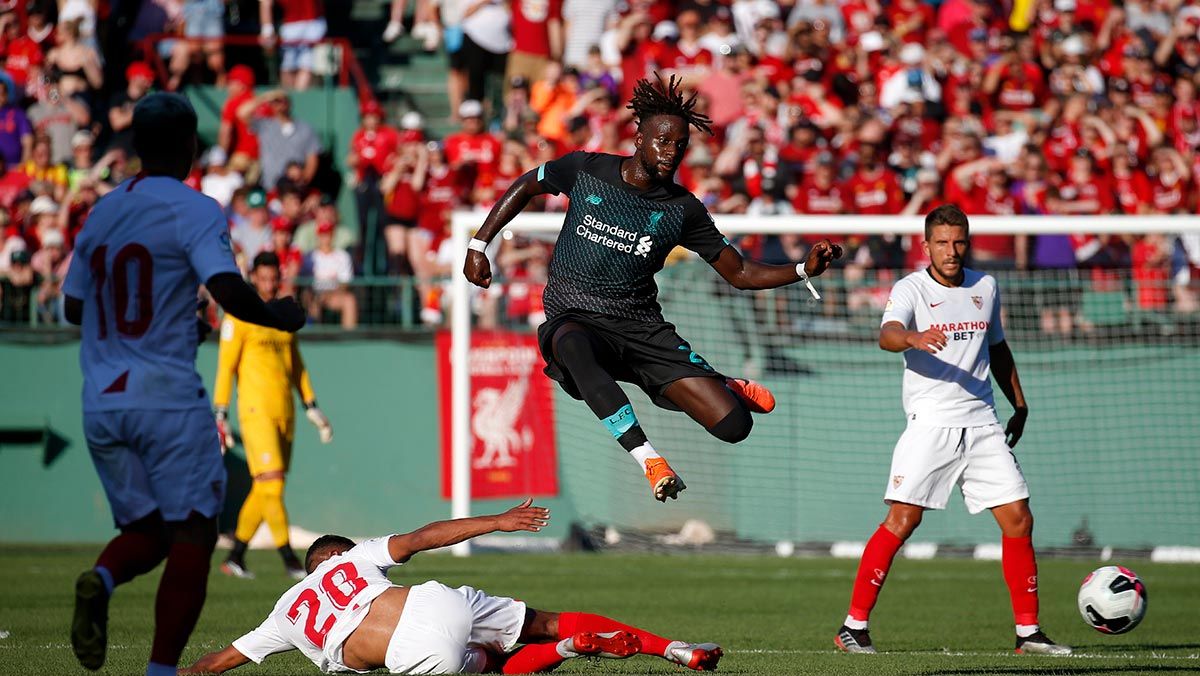 The players on the field — at least those in Sevilla's white kits — didn't seem to be persuaded that the game was only an exhibition. A tough tackle in the 12th minute resulted in a foul on Ever Banega, and it was upgraded to a yellow card when he slammed the ball into the ground in protest.

Liverpool midfielder Harry Wilson left just before the half after apparently getting poked in the eye. But that was nothing compared to the straight red card given to Gnagnon. He seemed to be the only person in the stadium who disagreed with the call, arguing with the referee while Larouci was attended to.

"We lost 2-1. I hate that fact," Klopp said. "There are more important games in our history, and hopefully in the future. But I don't want to give the impression that we lost 2-1 and I spoke about hard challenges."

The teams substituted liberally at halftime, with every Liverpool player except Alex Oxlade-Chamberlain replaced by a substitute. Four Sevilla players stayed in to start the second half.