MILAN — Inter Milan maintained its perfect start to the season as it beat city rival AC Milan, 2-0, in an entertaining derby match in Serie A on Saturday.

Both teams had a goal ruled out in the first half and Inter hit the woodwork. The Nerazzurri broke the deadlock shortly after the interval with a deflected strike from Marcelo Brozovic.

Romelu Lukaku all but sealed the result in the 78th minute with his third goal in four Serie A matches.

It would have been worse for Milan had it not been for several impressive saves from goalkeeper Gianluigi Donnarumma. 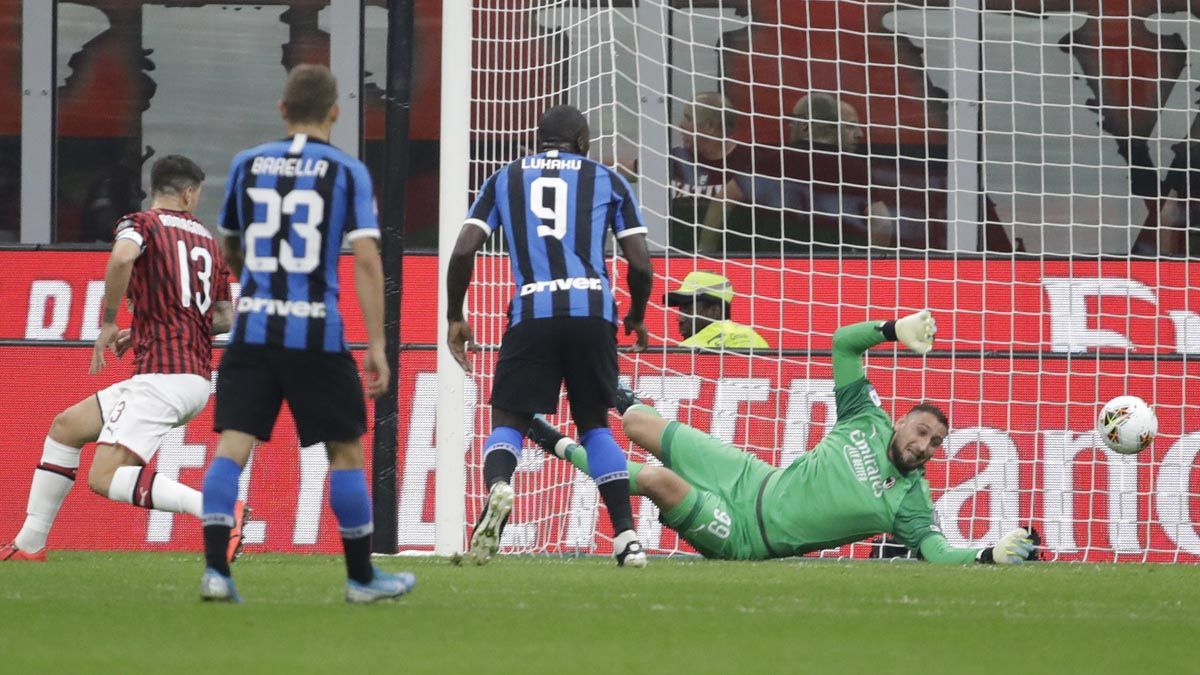 This was a fourth successive win for Inter in its first season under Antonio Conte. It was Milan's second defeat of the fledgling campaign.

As part of the anti-racism initiative launched by Milan this week, the two teams emerged mixed together at the San Siro.

Both teams had conceded just once heading into the Derby della Madonnina but Milan almost gifted Inter an early goal through a poor backpass by Ricardo Rodriguez but Donnarumma was sufficiently alert as Lautaro Martinez tried to pounce.

Donnarumma also came to Milan's rescue shortly afterward as he got down smartly to deny Lukaku with a one-handed save. 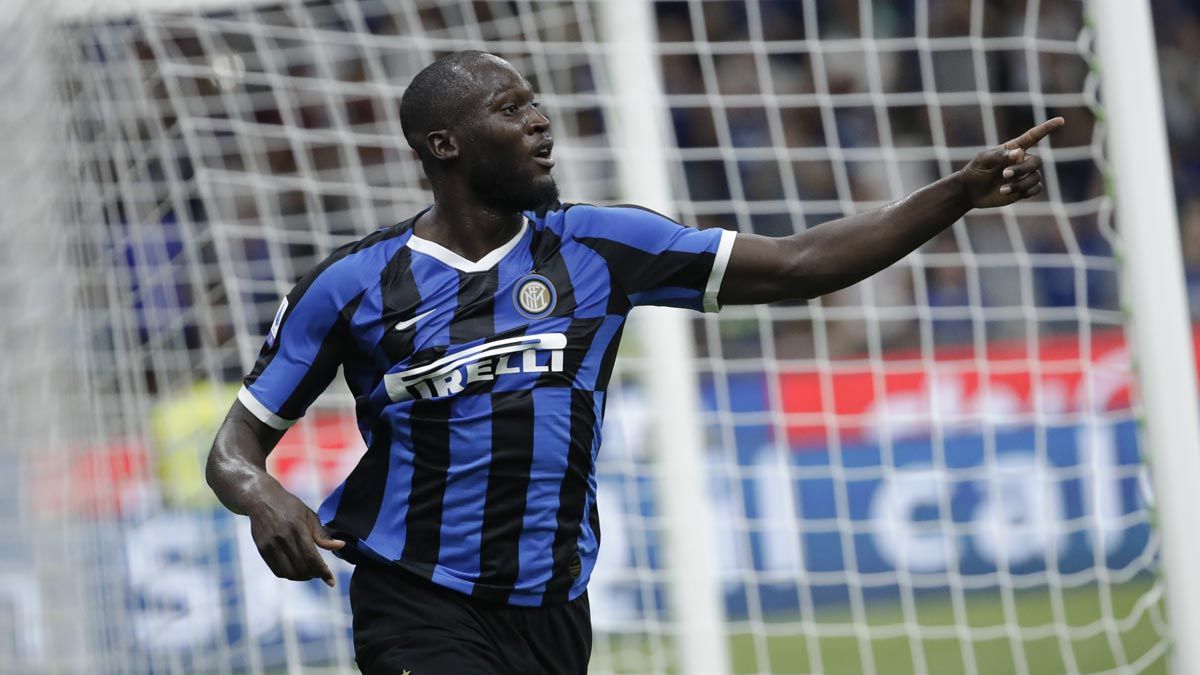 Inter went even closer two minutes later when Donarumma could only parry Lautaro's effort but Danilo D'Ambrosio volleyed onto the right post from point-blank range.

It was Milan which thought it had taken the lead in the 23rd minute through Krzysztof Piatek but play had already been halted for Franck Kessie's handball.

Inter also had a goal disallowed. Donnarumma pulled off a sensational save to keep out an equally impressive overhead attempt from D'Ambrosio and when Lautaro tapped in the rebound he was flagged offside.

Piatek headed over from a good position shortly before halftime and Milan was left to rue that miss as Inter took the lead four minutes after the break.

Stefano Sensi sent a quick free kick through to Brozovic, whose effort through a crowded penalty area was deflected in by Rafael Leao.

Inter almost scored a third in stoppage time but Antonio Candreva's shot came off the left post and rolled across the face of goal.