FROM now on, don’t refer to them as the Philippine Malditas.

Coach Marlo Maro said he’s looking to adopt a new moniker for the women’s football team, stressing the term ‘malditas’ doesn’t ‘represent the beauty of being a Filipina.’

The veteran coach added the word maldita (bratty) also gives a negative connotation on the wholeness of the team.

“Personally, if you asked me, I don’t like the word malditas because it doesn’t represent exactly the Filipinas,” said the veteran coach.

“Now that I’m back with the team, I told them that we have to stop using by our mouth this maldita word.” 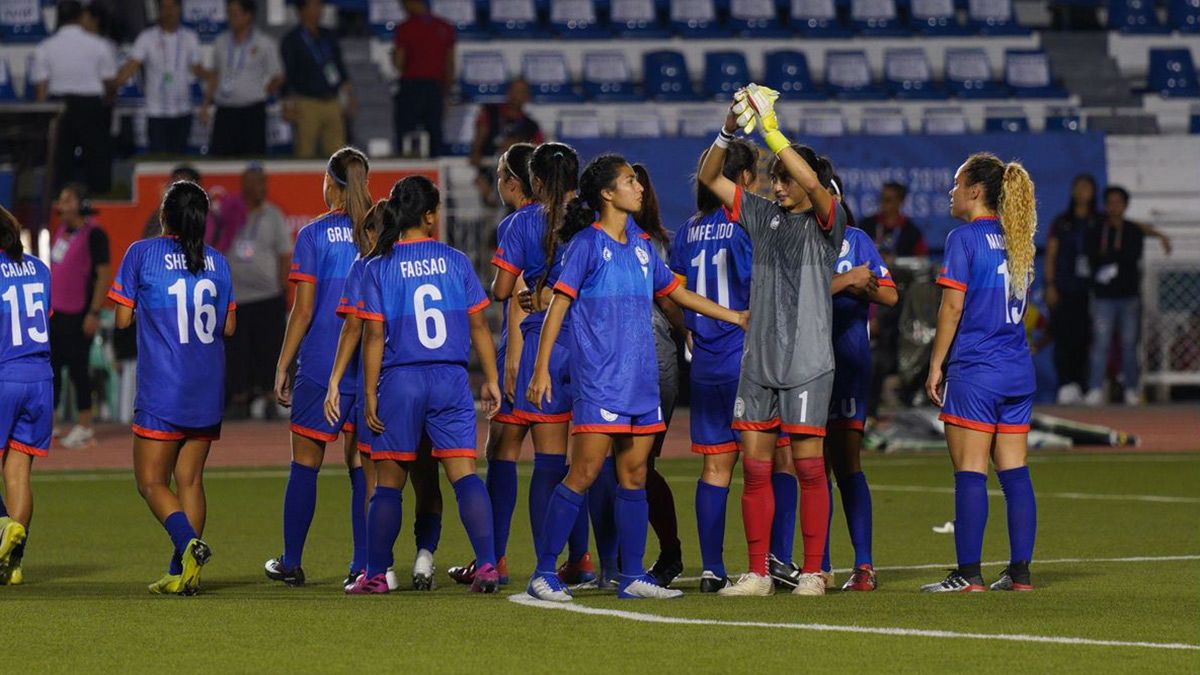 Indeed, the word doesn’t seem to fit a team that just qualified for the second straight year in the AFC Asian Cup.

The team topped Group A of the Asian Cup qualifier in Tashkent, Uzbekistan recently, and will now try to advance to the Fifa Women’s World Cup for the very first time in history.

The Filipina booters are now looking to hold training camp in Irvine, California for the January 20 to Feb. 6 World Cup qualifier in India.

And as they look forward to a new and more challenging journey, Maro believes it’s a better thing to start their first step by dropping the Maldita moniker.

“I’m using this platform now that as coach of the team, to stop using the word maldita because these are not maldita players, they are beautiful, they are good, they are intelligent, and are very disciplined,” said Maro in the weekly online session of the Philippine Sportswriters Association (PSA) Forum on Tuesday, where he was joined by assistant coach Rose Ton Barinan and midfielder Rocelle Mendano.