PFL set for compact season on October 25 with strict protocols

ALL is set for the Philippines Football League (PFL) brought to you by Qatar Airways season which will start on October 25 in a bubble at the Philippine Football Federation (PFF) National Training Center in Carmona, Cavite.

The league expressed its readiness to stage the bubble where the six clubs will be housed at the Seda Nuvali in Sta. Rosa, Laguna.

The PFF thanked Fifa for its assistance amidst the COVID-19 pandemic as well as the Games and Amusements Board (GAB) for its efforts that allowed the 2020 PFL season to push through.

“I know that this has been a long, tedious journey for all of us,” said PFF president Mariano Araneta during a press conference on Wednesday. “It was chairman Baham Mitra who really helped us to start the practice sessions of the clubs. Now, we are about to start the season.”

“Hopefully, we will have a successful league. We are doing it in the bubble-type league. I think everyone is prepared and ready to play,” Aranata added. 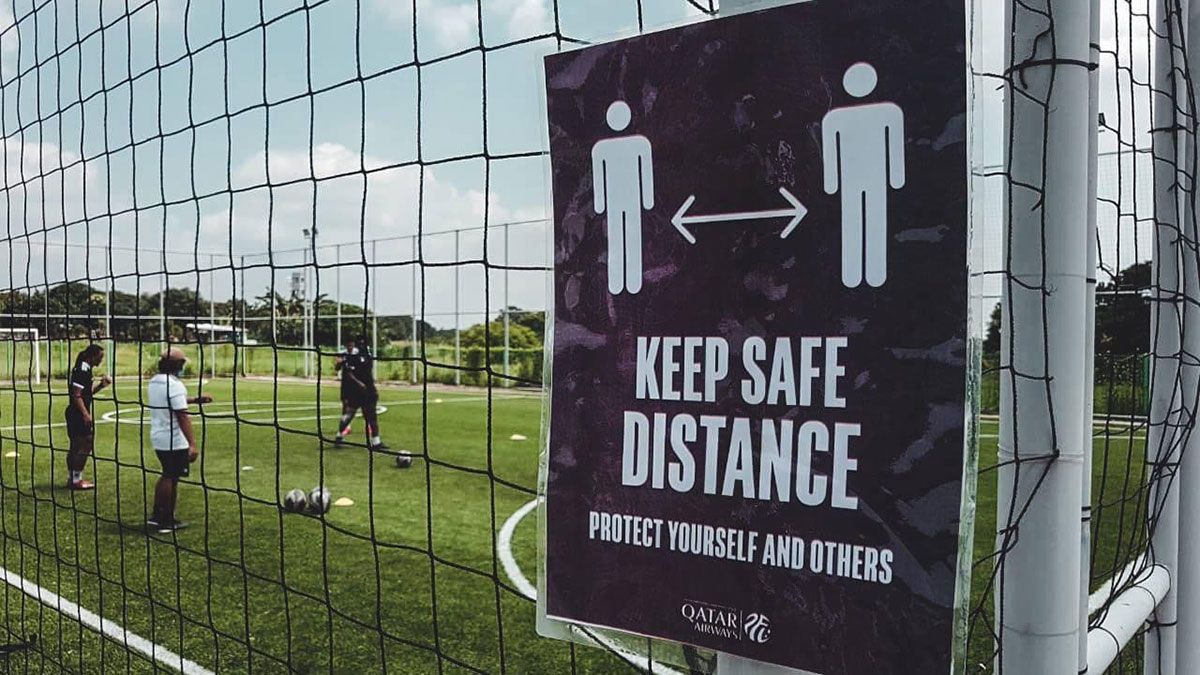 The PFL though made minor changes in its format for the 2020 season as the league decided to do away the original format of holding a finals series. Instead, the top team at the end of five matchdays will be crowned as champions.

“Initially, we announced for a finals series after the single-leg round-robin. But the teams met last Sunday, they were discussing key factors such as player fatigue and physical fitness given the fact that for seven months, there was no football at all. We decided to reduce the number of matches so that we avoid long-term injuries,” said PFL commissioner Coco Torre.

Torre said the clubs will undergo a mandatory RT-PCR test on October 16 before entering the bubble in Seda Nuvali on October 21. Players and match officials will have another round of RT-PCR testing upon entry in the hotel where they will be under quarantine until the results come in.

The season will run until November 6.

“We are very fortunate that we have a persistent chairman who really pushed for the resumption of sports,” said GAB health and safety official Kara Mallonga. “I’d like to thank the PFF. They were very compliant and they went above and beyond. I’d like to assure all stakeholders of the PFL that your leadership went above and beyond the health standards.

The Azkals Developmental Team will face Mendiola to open hostilities on October 25 at 9 a.m.., while Stallion takes on Kaya FC-Iloilo at 4:30 p.m. Maharlika Manila FC goes up against United City FC at 8 p.m.
___