Tuchel dismayed as Neymar travels while close to PSG return

Neymar is set to play in Friday's (Saturday, Manila time) league game at Lille, but is already being talked about without kicking a ball. The Brazil star, injured on international duty last month, flew to attend the inaugural Davis Cup Finals in Madrid on Tuesday evening. He watched Spain playing alongside his former Barcelona teammates Jordi Alba and Gerard Piqué.

Tuchel expressed disappointment in Neymar travelling so close to a league game and while returning from injury. But even though it was merely a tennis match, and not a late-night party, it reinforced the impression given for many years that star players call the shots at PSG.

Because even though he disapproved, Tuchel was seemingly powerless to stop him going.

"What can I do? I am not his father, nor the police, I'm the coach," Tuchel said Thursday. "As a coach, did I appreciate this flight? No, not at all, that's evident. But it's not the time to get worked up about it." 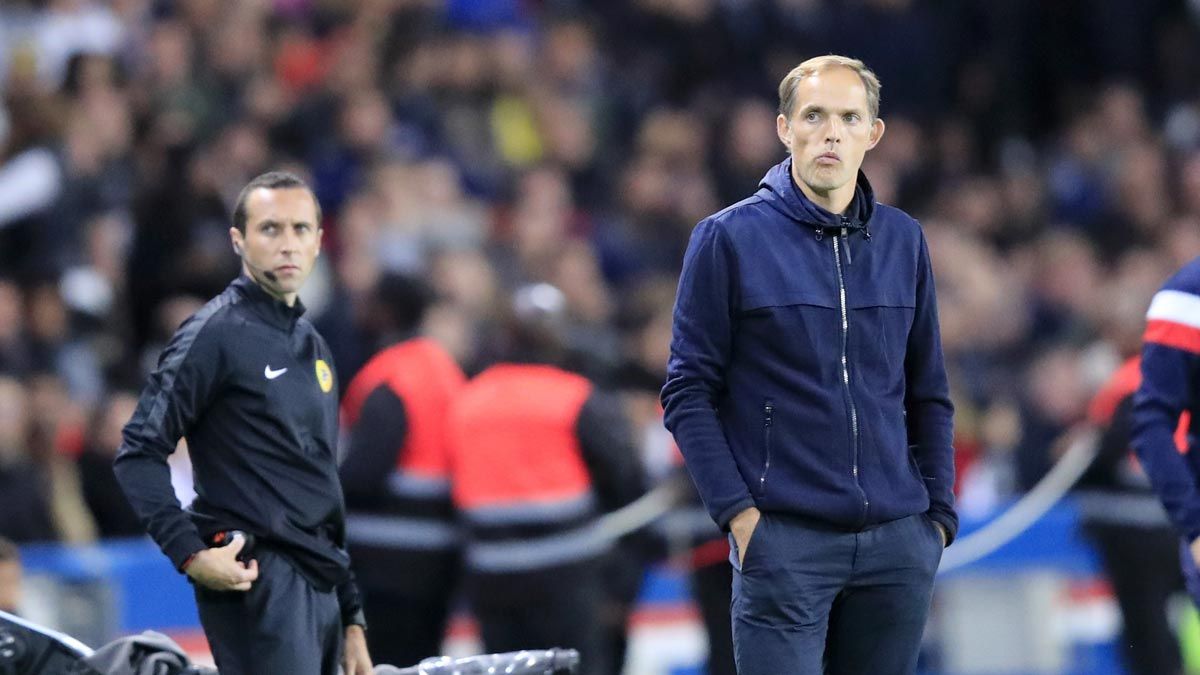 Tuchel explained that managing a plethora of stars, like PSG has, is a delicate balance.

"When you're a great player, you also think of yourself. Being selfish is not a negative thing, it's human," Tuchel said at his pre-match news conference. "It's something which can bring energy (but) one player can't win a match on his own. If all our attacking players are available, our challenge is to make difficult decisions that everyone has to accept."

PSG fans may be unimpressed by Neymar's jaunt, though, given he publicly said he wanted to re-join Barcelona during the offseason. He was greeted with a vehement reception from the club's ultras when returning to the side in September, having missed four league games trying to push through the move.

Last April, Neymar appeared to aim a punch at a fan goading him and other players with provocative language following PSG's loss to Rennes in the French Cup final. Prior to that, Neymar danced at his own birthday party in February and attended Rio carnival festivities, despite nursing another injury to his troublesome right foot.

Five days after being dropped for a game away to Marseille last season, striker Kylian Mbappé arrived at PSG's stadium to play Lille wearing a face mask from a Netflix series.

So did Neymar, walking ahead of him.

The jovial scene looked out of place at any club, let alone one of Europe's biggest, and smacked of taking things lightly. The return of Leonardo as the club's sporting director in June was to instill greater discipline and stamp out a culture of complacency after yet another early elimination from the Champions League. In the past three seasons, PSG has gone out in the Round of 16 — twice blowing strong first-leg leads.

In previous seasons, star striker Zlatan Ibrahimovi? was allowed days off to go hunting in his native Sweden, while striker Edinson Cavani and former PSG midfielder Javier Pastore were rebuked by club captain Thiago Silva after coming back late from the mid-season break.

Tuchel pointed to Neymar's efforts in training recently, saying "he's been very professional these last two weeks, done more than the others," but his escapade to Madrid hardly sets the right example.

The star forward has not played for the defending champion since Oct. 5, when he scored his fourth goal in five games this season, sustaining a thigh injury a week later playing for Brazil. Last June, an ankle injury ruled Neymar out of the Copa America.

Now that he has been made Lyon's captain, forward Memphis Depay must start learning French — even though he joined the club nearly three years ago.

The captaincy had been rotated but Lyon coach Rudi Garcia said Depay earned it full time, after impressing with 11 goals in 14 games and his attitude.

"Memphis stood out in terms of his performances and his motivation," Garcia said on Thursday. "He's also started taking French lessons."

Stars are not always eager to learn the language when joining the French league.

Ibrahimovi? hardly spoke a word of French in his four years with PSG, despite learning Italian when playing for Juventus and Inter Milan earlier in his career.

PSG winger Angel Di Maria still conducts his interviews in Spanish, even though the Argentina winger joined four years ago.