Expensive Neymar-Kylian Mbappé duo proving worth for PSG - but for how long?

On the field, they have a harmony which could take Paris Saint-Germain far in the Champions League after three straight seasons of failing to even reach the quarterfinals.

Evidence of their growing understanding was fully displayed in the 5-0 home win against an albeit weak Galatasaray side in the Champions League midweek.

Mbappé set up Neymar with an exquisite back-heeled pass, and Neymar returned the compliment with a defense-splitting ball to send the electrifying Mbappé through on goal. They also combined in setting up PSG's opening goal for Mauro Icardi.

But for how long? The worry for PSG is if the relationship between Neymar and Mbappé becomes rather too exclusive, to the detriment of teamwork and the exclusion of teammates. The concern is that against far better sides later in the competition, this will be too predictable and work against PSG.

Of Neymar's 57 completed passes against the Turkish side, 17 of them went to Mbappé. Hardly any went to Icardi, the other striker — although much of his game is about movement off the ball to open up space for others.

Before Icardi's opening goal, which came after 32 minutes, it seemed at times as if Neymar and Mbappé were having a 2 vs. 2 kickabout on a local park, such was their tendency to pass to only each other.

There is no denying that with its two biggest stars fully fit, PSG looks an ominous side.

Neymar set up Mbappé's goal last Saturday in a 3-1 win at Montpellier, where they also combined superbly for Icardi's score. 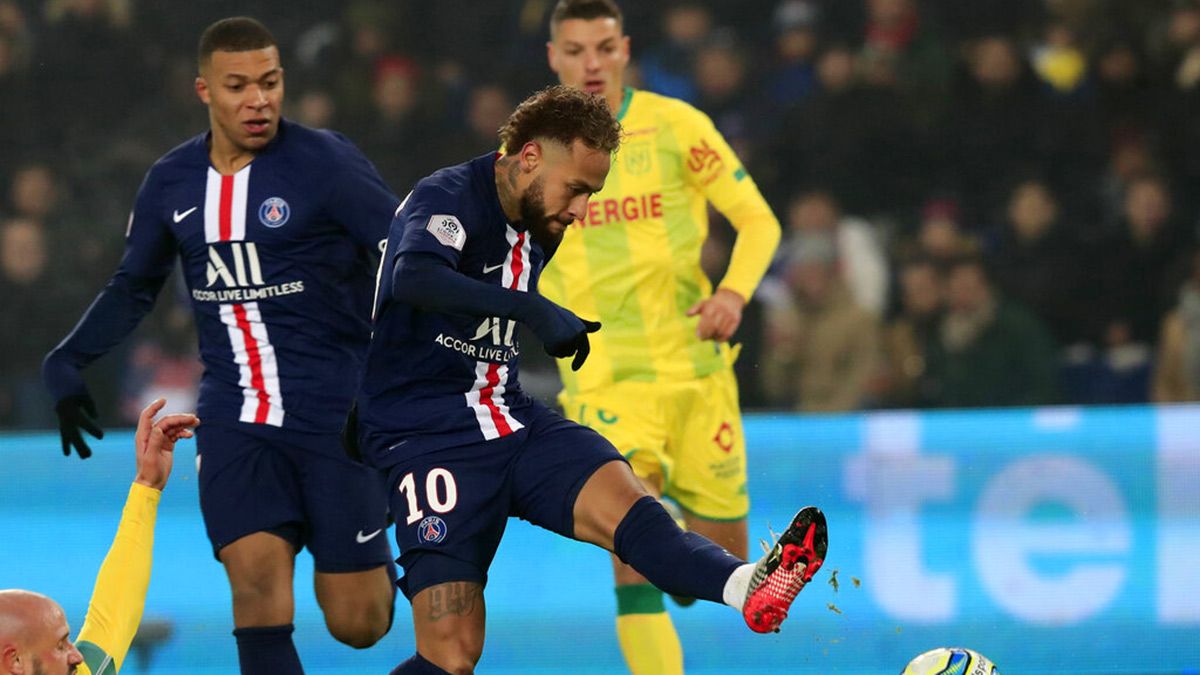 They have not played much together this season because Neymar sat out the first few games of the season as he tried to push through a move back to Barcelona, which sold him for a world record 222 million euros ($247 million) in 2017.

Neymar then picked up another niggling injury while with Brazil, keeping him out for six weeks. The good news for coach Thomas Tuchel is that, after two seasons of constant injury breaks, Neymar appears close to his best once again.

In the past four games he's scored three, set up three, and been involved in starting moves for other goals.

Tuchel hoped Neymar would be fully fit by January, but he's ahead of schedule.

This is a crucial and destructive part of Neymar's game: Sudden bursts from midfield and pulling away from his markers over the first 10-20 meters.

He does not have the speed of Mbappé, who can maintain his lightning pace for more than 50 meters without dropping off. But once Neymar does pull away then his silky skillset, and much under-rated strength, become factors that make him incredibly hard to stop in full flow.

Tuchel can take further encouragement from the fact Neymar was even tracking back and trying to tackle Galatasaray players, a sign he may finally be understanding the need for better teamwork and more selflessness. Neymar, however, showed against Montpellier that he still has an irritating need to showboat and verbally provoke opponents.

"He's a bit petulant, a bit haughty with everyone," Montpellier striker Andy Delort said. "I told him he needs to respect people. When everyone idolizes you, then you need to show the right education."

Mbappé, then 18, joined PSG from Monaco in a deal worth 180 million euros ($200 million). He netted his 100th club goal on Wednesday, one week before his 21st birthday.

Mbappé was desperate for Neymar not to rejoin Barcelona.

Now that he has stayed, they both need to justify their hugely costly partnership by taking PSG far in Europe.

The cash-rich club has only once reached the semifinals. That was in 1995, long before the current Qatari ownership bought the club in 2011.