PARIS Saint-Germain fans may never get to see the strike force they have been dreaming of for the past couple of weeks.

While six-time Ballon d'Or winner Lionel Messi is set for his eagerly awaited debut in Sunday's French league game at Reims, reuniting with his former Barcelona teammate Neymar, the Champagne has been diluted with news that Kylian Mbappe could join Real Madrid.

Mbappe's boyhood dream was to play for the Spanish giant, and it might be coming true.

The 13-time European Cup winner's first bid of €160 million (US$188 million), which came on Tuesday night, was rejected.

PSG paid €180 million (US$212 million) to sign Mbappe from Monaco four years ago and wants more than Madrid's initial bid. But the club also knows France's 2018 World Cup-winning star can leave for free when his contract runs out in June.

"Kylian Mbappé wants to leave, that seems clear to me," PSG's sporting director Leonardo said this week in an interview with French broadcaster RMC. "If he wants to leave, we aren't going to keep him, but it's under our conditions."

If the transfer does happen, it's unlikely PSG or 34-time Spanish champion Madrid would want Mbappe playing against Reims in case he gets injured.

And so the MNM — Mbappe-Neymar-Messi — may never take the field together.

Instead, Mbappe could line up with Karim Benzema, his France teammate at the recent European Championship.

Benzema is Madrid's undisputed leader in attack, fifth all-time on the club's scoring list with 281, but the 33-year-old's new contract only takes him until 2023.

After that, the future could belong to Mbappe. Whereas at PSG, Mbappe would share the limelight with Neymar and Messi, who signed a two-year deal with an option for a third.

Still, the absence of Mbappe would do little to dampen the enthusiasm of the 20,000 fans at Stade Auguste-Delaune waiting for a glimpse of the global icon Messi, who counts four Champions League titles among his 35 trophies at Barcelona.

Messi's staggering tally of 672 goals for Barca includes an extraordinary 50-goal season in 2012; 96 league goals and a remarkable 133 overall across 2012 and 2013; eight Spanish league and six Champions League scoring titles.

Messi once netted a record 91 goals in a calendar year for club and country. He also led Argentina to the 2021 Copa America title. 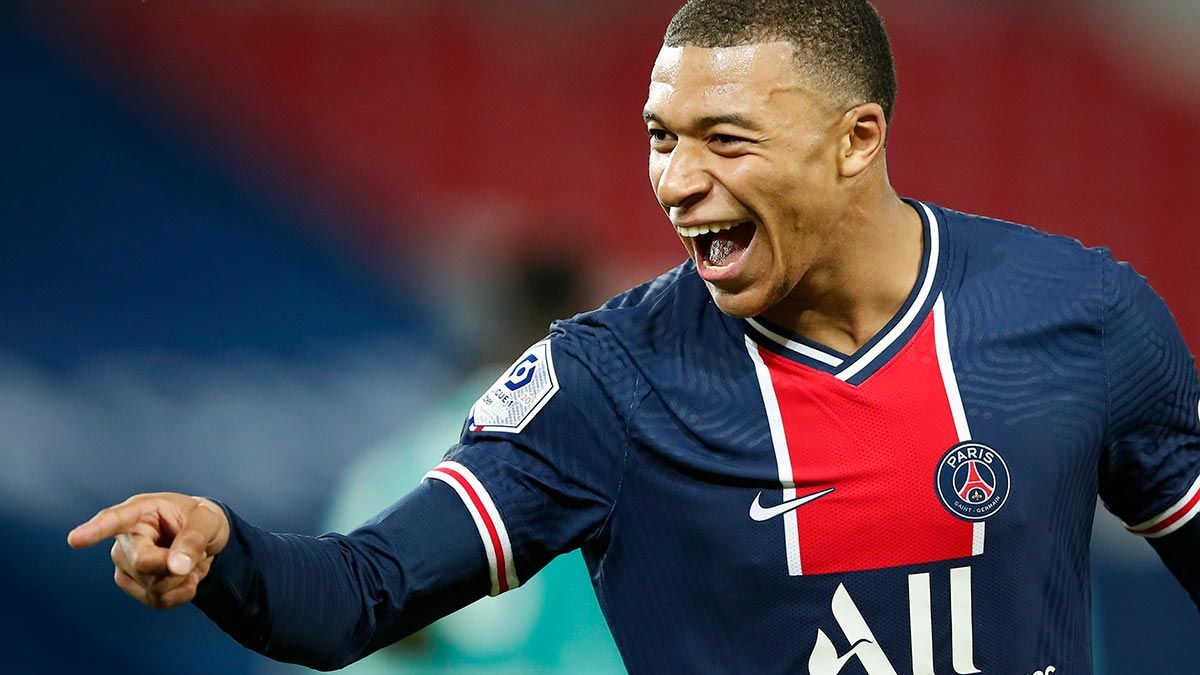 News of Messi's arrival at PSG earlier this month prompted a surge in ticket sales and media interest.

When David Beckham made one of his first appearances for PSG alongside Zlatan Ibrahimovic in March 2013, there were 113 accredited media. By Monday, more than 120 had accredited for Sunday's game, with demands still coming in, according to the French union for sports journalists (UJSF).

Reims is a modest club these days, but that was not always the case.

During its heyday, France great Just Fontaine led the attack and slick attacking midfielder Raymond Kopa pulled the strings in a formidable attack.

Reims won five French league titles and the French Cup between 1952 and 1962, clinching the double in 1958 — the year Fontaine went on to score a record 13 goals at the World Cup.

That's where Mbappe may now be heading after scoring 133 goals for PSG.