BACOLOD – To sustain the gains under his watch – and, more importantly – prevent the threat of disunity within football in the Philippines, Mariano “Nonong” Araneta is seeking reelection as the head of the country’s governing body for the sport one last time.

Nearing the end of his second four-year term, the Philippine Football Federation (PFF) president had earlier pondered on settling on his other prominent role as a member of the Fifa council, while still being involved in the local scene, but only as vice president to support someone else as his successor.

But that changed after Negros Occidental Football Association president Ricky Yanson declared his intention to run as PFF president last month in the wake of a family feud with brother and Ceres FC owner Leo Rey Yanson over their bus empire.

“I was thinking of not running anymore. I have served football for a long time,” Araneta admitted in a chat with scribes on Monday night after he formally announced his reelection bid during the victory party of Ceres’ title defense of the Philippines Football League.

“But because of the circumstances right now, then I am forced to run again to protect football from the infighting,” he added. “And what I perceive is that if I don’t run, I think there will be a lot of people running and this will not be good for football because it will really create a disunity among member associations.” 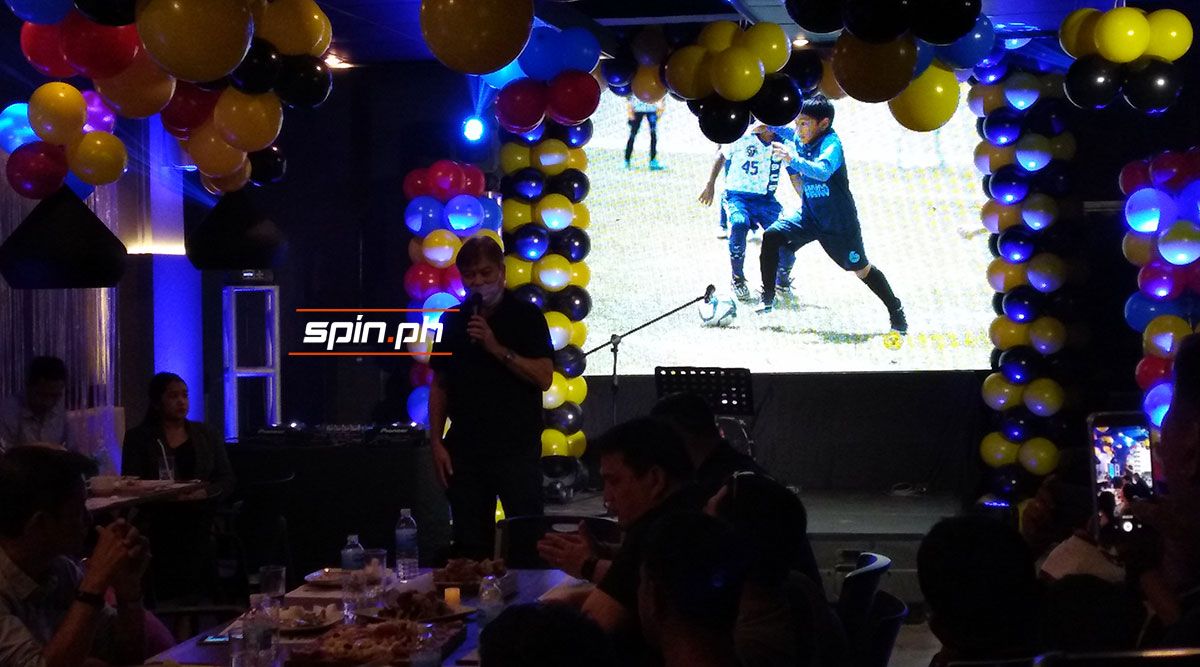 Araneta has steered Philippine football to unprecedented heights in almost a decade as president, seeing the Azkals rise from No. 178 in the world in 2011 to a high of 111th last year, and the men’s and women’s teams qualifying for the Asian Football Confederation Asian Cup for the first time, as well as the AFC handing the country the top Grassroots award three times.

“And there’s unity in football. That’s what's important,” Araneta was quick to add. “There’s been unity in the past eight years. There’s no infighting. We have achieved to have a united organization.”

Araneta has the backing of Yanson, the Ceres FC owner, and Azkals manager Dan Palami, as well as the presidents of member associations who were present at the Ceres victory party, ahead of the election of officers set during the PFF congress on November 28.

If reelected, Araneta plans to finish what he started – the national headquarters located at the national training center in Carmona, Cavite, as well as bridge the new key partnership with Qatar Airways, which has signified its willingness to fund the struggling PFL national league for the next three years.

“I hope that will also be very significant in terms of football, because you’re being sponsored by a global brand and we want to see to it that this is being done properly from our side,” Araneta said of the partnership with the airline giant.

“And as you know, the infighting might destroy the league, so I want to preserve the league, because we have gotten a good sponsor, and I think it will create more interest because we have a global brand coming in and they believe in the Philippines,” he added.