LINZ, Austria — Odion Ighalo kept up his scoring streak as Manchester United closed in on the Europa League quarterfinals with a 5-0 win over LASK on Thursday (Friday, Manila time) in the first leg of their round-of-16 meeting.

Basel beat Eintracht Frankfurt 3-0 away for another commanding lead, while Wolverhampton Wanderers needed a goal from a deflected free kick to earn a 1-1 draw at 10-man Olympiakos.

All three of those games were played in empty — or near-empty — stadiums because of the coronavirus outbreak.

In Linz, Ighalo gave United the lead with a spectacular effort in the 28th minute as he collected a pass from Bruno Fernandes and juggled the ball from foot to foot before unleashing a left-footed volley with his fourth touch that flew in off the underside of the bar.

It was the striker's fourth goal in three starts after joining United in January.

United dominated throughout but LASK stayed in the game until Daniel James doubled the lead in the 58th. Juan Mata added the third in the 82nd before Mason Greenwood and fellow substitute Andreas Pereira padded the lead in stoppage time to make the return leg all but meaningless.

Only 500 people were allowed inside the stadium because of the virus outbreak, including media personnel and a small pocket of LASK fans.

"The boys were fantastic," United manager Ole Gunnar Solskjaer said. "I think they deserve a lot of credit and praise for the way they went about the job. There was loads of quality in our finishing, some fantastic goals and some football we should be proud of." 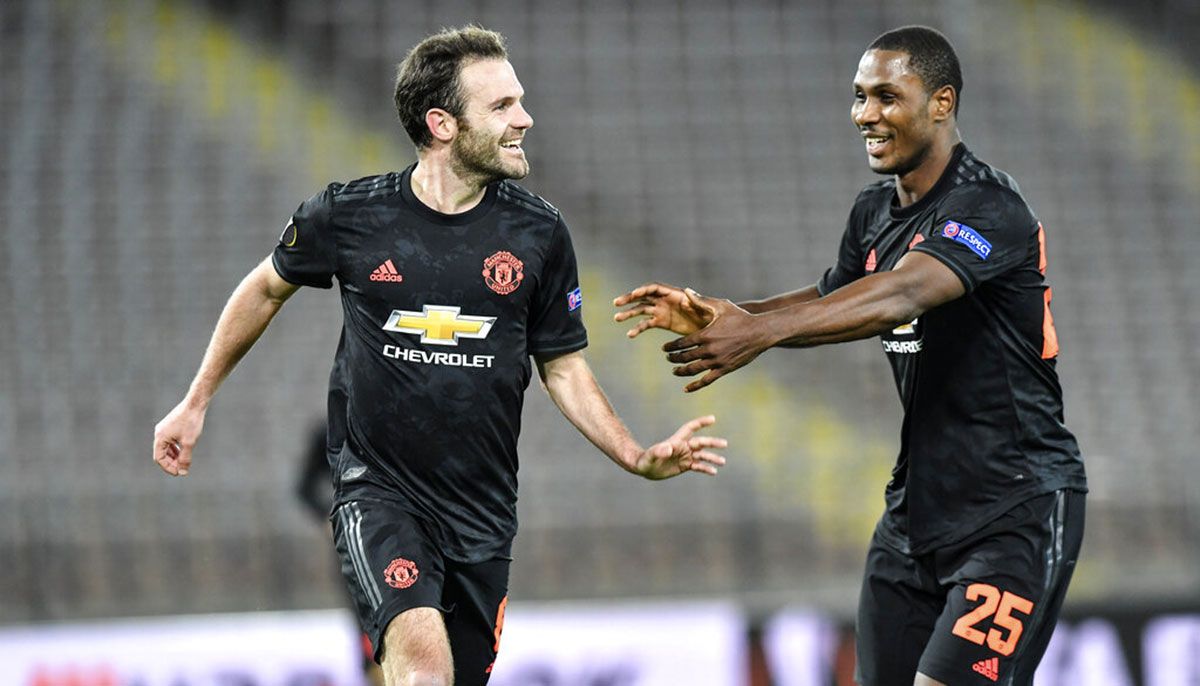 Also, Edin Visca netted a late penalty to give Istanbul Basaksehir a 1-0 home win over FC Copenhagen, Bayer Leverkusen won 3-1 at Rangers and Shakhtar Donetsk earned a 2-1 away win against Wolfsburg.

Two games involving Italian teams were postponed because of the virus outbreak, including Inter Milan's game against Getafe and Roma's meeting with Sevilla.

Wolves had asked for their game to be postponed as well after Olympiakos' owner tested positive for COVID-19, but UEFA ordered the game to go ahead.

The hosts went down to 10 men when Ruben Semedo tackled Diogo Jota as he was clear through on goal. But Olympiakos still took the lead through Youssef El Arabi, before Pedro Neto deflected strike salvaged a draw.

Frankfurt had hoped to play Basel with fans in the stadium. That was initially supported by city health officials Wednesday, but hours later the decision was reversed, Eintracht citing a change in the extent of the outbreak in areas including Basel.

The visitors took the lead through Samuele Campo in the 27th minute before Kevin Bua and Fabian Frei added goals in the second half.

The two clubs have agreed that Frankfurt will also host the return leg on March 19. That's because Basel authorities ruled out hosting the game, even in an empty stadium, because they feared fans would gather outside the ground.