BARCELONA, Spain — Amid reports in the Spanish capital that Kylian Mbappé could soon be on his way, Real Madrid won, 1-0, at Real Betis in the Spanish league on Saturday.

Right back Dani Carvajal volleyed in a pass from Karim Benzema in the 61st minute on a counterattack led by Vinícius Júnior, who again proved decisive to Carlo Ancelotti's side.

The match was Madrid's last before the summer transfer window closes Tuesday night. Paris Saint-Germain acknowledged this week that it had rejected an offer from Madrid to sign Mbappé. But the French club added that it was still open to negotiations over a blockbuster move for the player seen by many as soccer's leading talent for years to come.

"I think that (Ancelotti) has said it, anything that helps the squad is good, so I hope that we can strengthen the squad in the days that are left," Carvajal said when asked about the possibility of Mbappé moving to Madrid.

Madrid president Florentino Pérez was in the stands at Benito Villamarín Stadium, where it appeared that he was keeping a close eye on his phone.

But club official Emilio Butragueño and Ancelotti were reticent to talk.

"We understand that people are waiting for news … but the truth is that we have nothing to say," Butragueño said.

While Ancelotti said that it "was an issue for the club" and only wanted to talk about his team's victory, Barcelona coach Ronald Koeman said he would love to be able to sign such a top player, knowing that it is impossible for a club that was unable to pay Lionel Messi's wages.

"If Madrid has the money, it should sign (Mbappé)," Koeman said. "He is one of the best players in the world. I too would love him for my team."

Vinícius was the focus of Madrid's attack in the Brazilian's first start of the season after he had come off the bench to score goals in a 4-1 win at Alavés and a 3-3 draw at Levante.

Eden Hazard lost his spot in the starting 11 amid rumors that he could be on the move to Juventus to fill the hole left by Cristiano Ronaldo's return to Manchester United in this summer's shuffle of soccer's top stars. Hazard went on in the 77th to replace Vinícius. 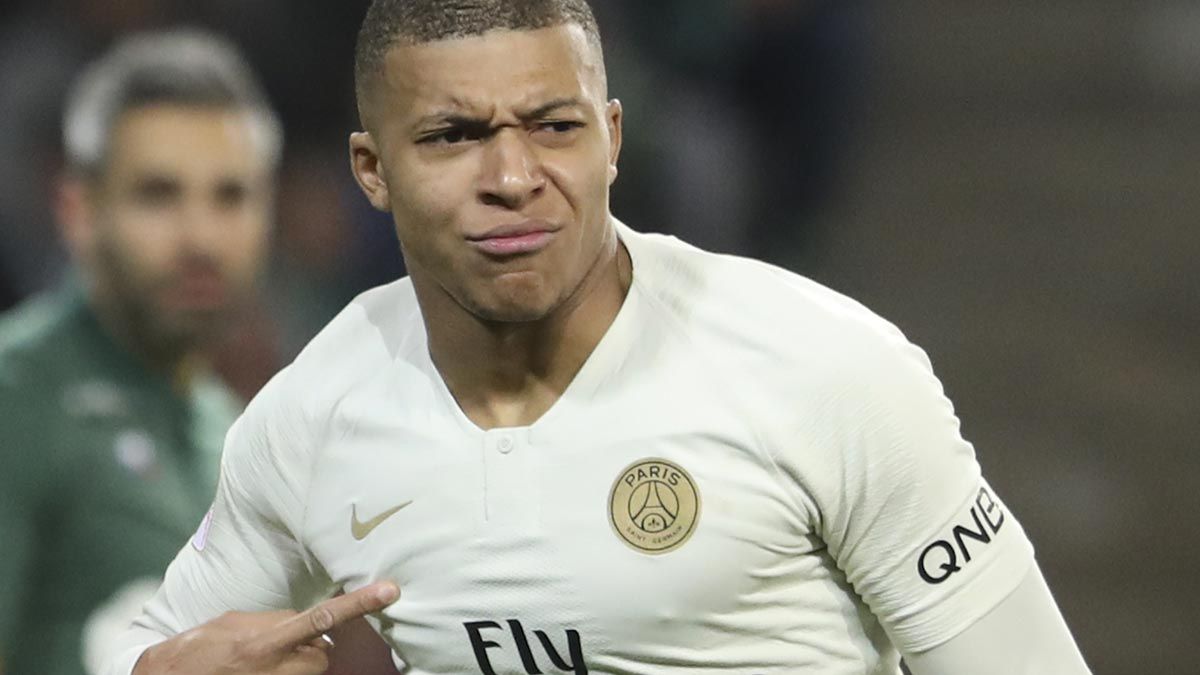 Without injured midfielders Luka Modric and Toni Kroos to control the ball, Madrid sought to attack through the pace of Vinícius. He showed how dangerous he can be, even when marked, five minutes into the match when he dribbled down the end line and passed to Benzema, whose shot just missed the post by inches.

Betis settled down once midfielder Sergio Canales latched onto the ball and guided the hosts into Madrid's half. Nabil Fekir then added some punch with a free kick that forced Thibaut Courtois to make a save in the 11th.

The vibrant exchange became bogged down when the action turned physical in the final minutes of the first half. The referee handed out five yellow cards in quick succession, including one for Betis coach Manuel Pellegrini for complaining.

Vinícius engaged Madrid again after the restart, using a brilliant change of foot and spin to leave two defenders going the wrong way as the visitors pressed Betis into its area.

The 21-year-old Vinícius was key to Carvajal's goal, sprinting to keep the ball from going out of play. Vinícius then found Benzema to set up Carvajal for the winner.

Jules Koundé did not travel with Sevilla, which drew 1-1 at Elche, amid speculation that Chelsea is interested in securing the transfer of the central defender.

Williams was set up by Oihan Sancet after he fought to win a long ball from Spain goalkeeper Unai Simón, who made his first start of the season.