MADRID — Sergio Ramos and Karim Benzema scored second-half goals as Real Madrid beat Real Sociedad, 2-1, on Sunday to take the lead from Barcelona for the first time since the Spanish league resumed.

Ramos converted a 50th-minute penalty kick and Benzema added to the lead in the 70th to move Madrid ahead of the Catalan club, which on Friday was held by fourth-place Sevilla to a scoreless draw. Madrid and Barcelona are level on 65 points, but Madrid has a better goal difference and a better head-to-head record against its rival.

Madrid had led five of the last seven rounds before the break, but Barcelona went in front just before the league was suspended due to the coronavirus pandemic more than three months ago. Barcelona had stayed ahead after two straight victories since the league restarted. The defending champions have eight rounds left to try to retake the lead.

Madrid kept its perfect record on its return despite a lackluster first half at Sociedad. Ramos broke the deadlock from the penalty spot after Vinícius Júnior was fouled, and Benzema sealed the victory from inside the area for his third goal after the break. The French striker — who had a double in the team's 3-0 win over Valencia on Thursday — reached 17th league goals, four behind scoring leader Lionel Messi. 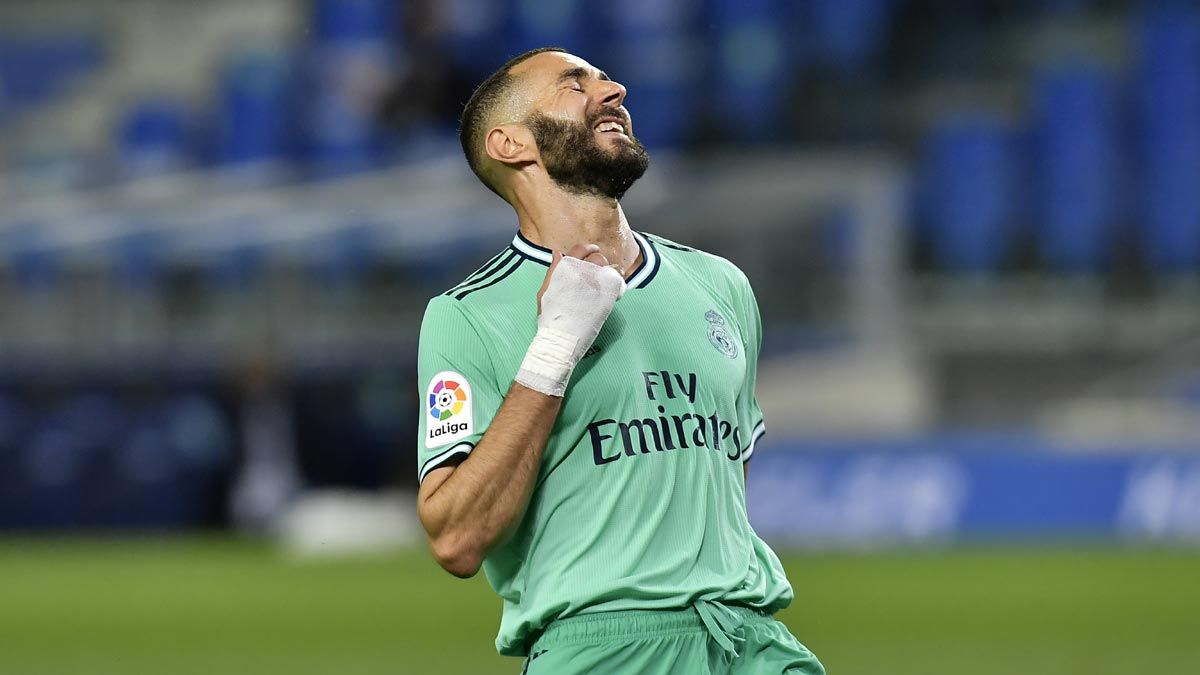 Sociedad had a goal disallowed for offside just before Benzema's goal. Mikel Merino eventually pulled the hosts closer in the 83rd with a shot that struck the crossbar before going in, but Sociedad was not able to get the equalizer.

It was the third straight setback for Sociedad since the league resumed, dropping the Basque Country club to seventh place. It had returned from the break in fourth place, the final Champions League spot.

Ramos was substituted 10 minutes after scoring. He had needed medical assistance a few moments earlier for an apparent knee injury.

Colombia midfielder James Rodriguéz made his first start for Real Madrid since October. He was substituted in the 78th. 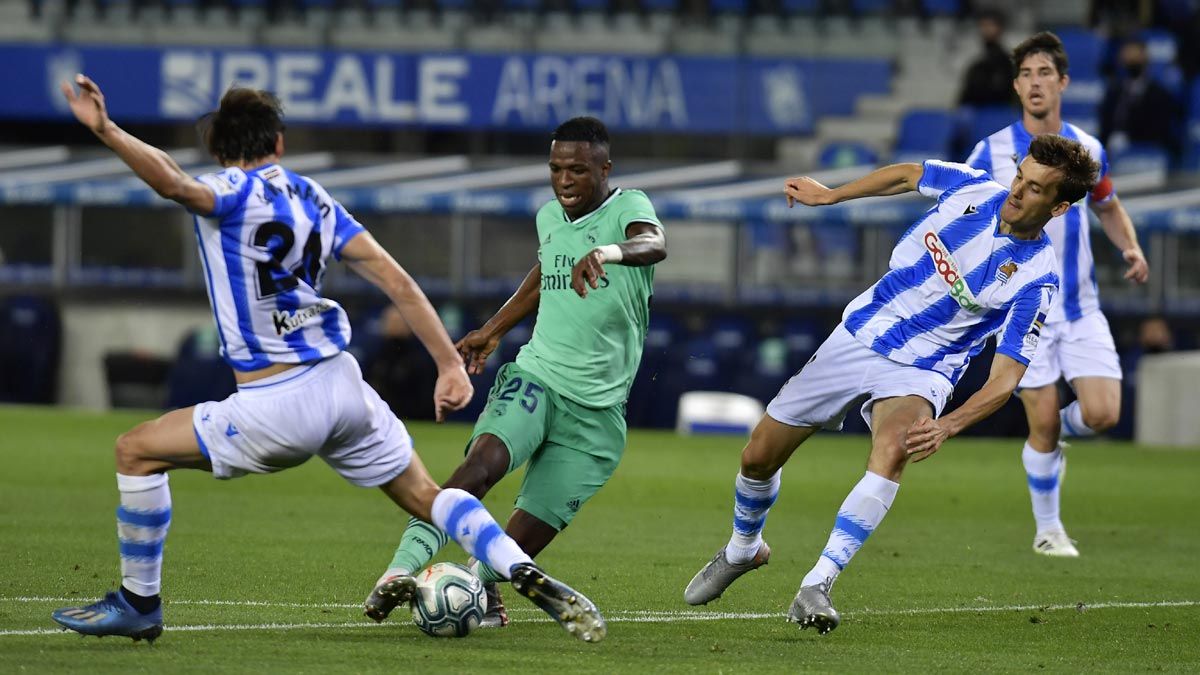 Celta Vigo earned its first win after the break with a 6-0 rout of 10-man Alavés.

Rafinha scored twice and newly signed striker Nolito added another on his return to Celta, which was coming off a draw and a loss after the league resumed.

Alavés, which dropped to 13th, played most of the match with 10 men as Martín Aguirregabiria was sent off with a straight red card for a hard foul in the 27th minute. The visitors were losing 4-0 by halftime.

Nolito, who converted a penalty kick in the 78th, was signed from Sevilla last week to replace the injured Sergio Álvarez after league approval was given. Nolito played for Celta before he was signed by Manchester City in 2016.

Valencia also ended its post-break slump with a 2-0 home win against Osasuna, moving closer to the European spots.

Gonçalo Guedes opened the scoring with an impressive goal after getting past several defenders and sending a shot into the top corner in the 12th. He then set up the second with a long pass for Rodrigo's touch from inside the area in the 35th.

Referee David Medié needed medical assistance early in the second half after colliding with an Osasuna player. He fell to the ground but was able to continue.

Valencia is in eighth place. Osasuna, still winless after the break and coming off a 5-0 home defeat against Atlético Madrid, is 12th.