Luzon Cup Under-12 football kicks off with 16 teams

THE Luzon Cup Under-12 football tournament for boys kicked off Friday at the Jose V. Yap Sports and Recreational Complex in San Jose, Tarlac with 15 teams from Luzon competing with Bukidnon Football Association, the Mindanao Cup champions.

Around 224 boys are taking part in the Luzon Cup matches, many of whom have never encountered each other in previous games. 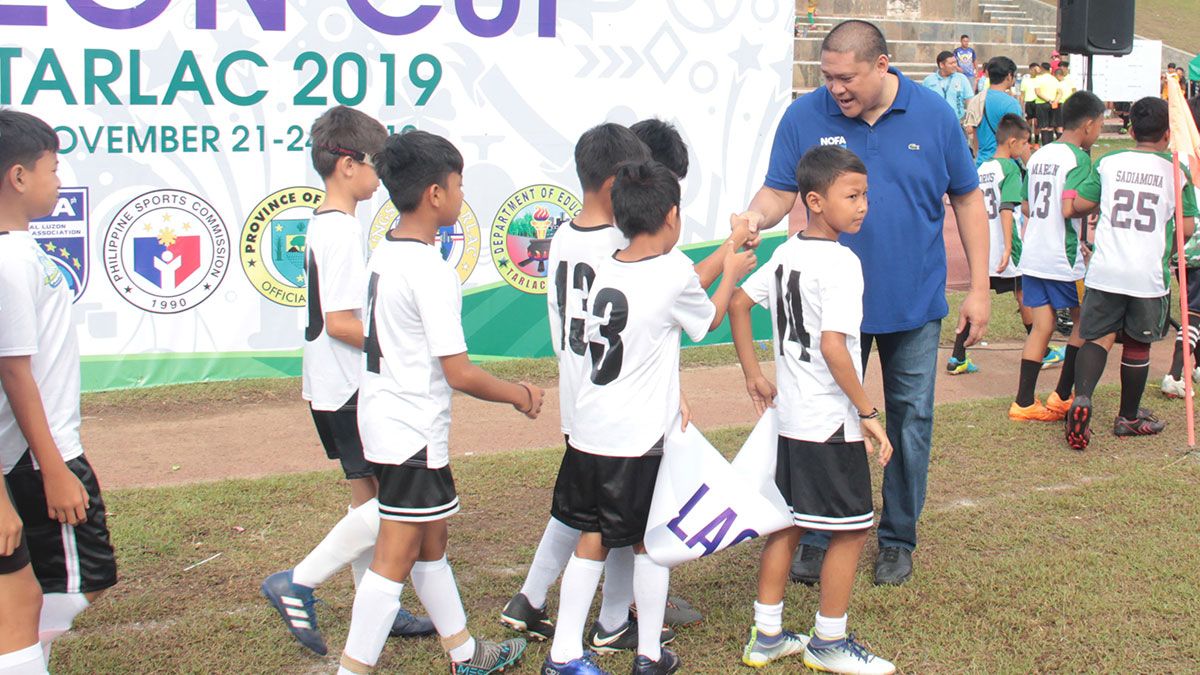 Marlyn Importante, director of the Gawad Kalinga Sipag FC is also thankful to the organizers for the opportunity to bring their players to the Luzon Cup.

"We appreciate the invitation. We feel that our Football program was affirmed," said Importante.

The Sipag Program of Gawad Kalinga is a values-formation endeavor of the GK community for their youth residents.

Yanson announced at the opening of the Luzon Cup that the top four teams of the NOFA Cup, Mindanao Cup and Luzon Cup will converge in Manila in 2020 for the Philippine Sports Commission Chairman's Cup to be held at the newly refurbished Rizal Memorial Stadium.