LIVERPOOL, England — No win for Liverpool on the longest day of the year, and an even longer wait maybe to clinch the Premier League title.

When you've been waiting 30 years — and then had the coronation delayed by three months because of a pandemic — patience is expected.

The quietest of the 236 Merseyside derbies, with fans denied access to Goodison Park, produced no goals as Everton held Liverpool to a scoreless draw on Sunday.

Liverpool is an unprecedented 23 points in front. But it is now no longer so certain that a victory over Crystal Palace on Wednesday at Anfield will seal the title. That scenario will require Burnley not losing to second-place defending champion Manchester City on Monday.

But with eight games remaining, Liverpool has considerable breathing space to end the drought and win its first domestic championship since 1990. 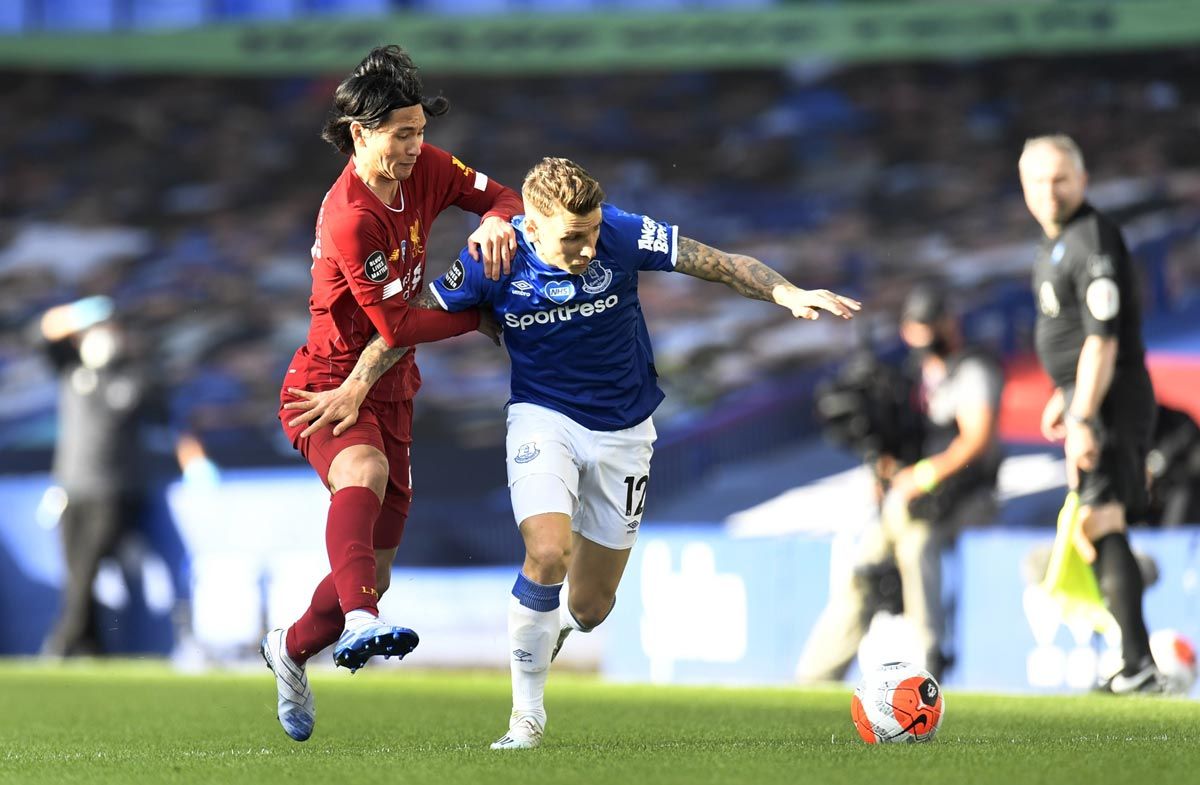 After a 103-day wait to return to league action, Liverpool's attacking potency had been neutered with Mohamed Salah not fit enough to come off the bench. The search for a goal saw Joel Matip's header go wide in the first half and Fabinho having a free kick tipped over by goalkeeper Jordan Pickford late on.

"Physically it was really intense. I'll take that," Liverpool manager Jürgen Klopp said. "We didn't have enough chances. Most of the time we were dominant but they had the biggest chance."

That came for Carlo Ancelotti's side with 10 minutes to go when Dominic Calvert-Lewin's shot was saved by Alisson and a follow-up from Tom Davies hit the post. Alisson was alert again to deny fellow Brazilian Richarlison as the game came to life in the closing stages.

"The players are rusty," Calvert-Lewin said. "It was a strange game. It was bizarre with a game of this magnitude. Usually the place is bouncing and it was hard to get used to at first."

With no crowd, there was a tranquility to an often fiercely contested derby, although Liverpool was also held scoreless on the previous two trips here.

It was a 5-2 loss at Anfield in December that saw Everton slip into the relegation zone and Marco Silva fired. Liverpool saw the strength of the revival under Ancelotti, who has guided Everton 11 points clear of danger. 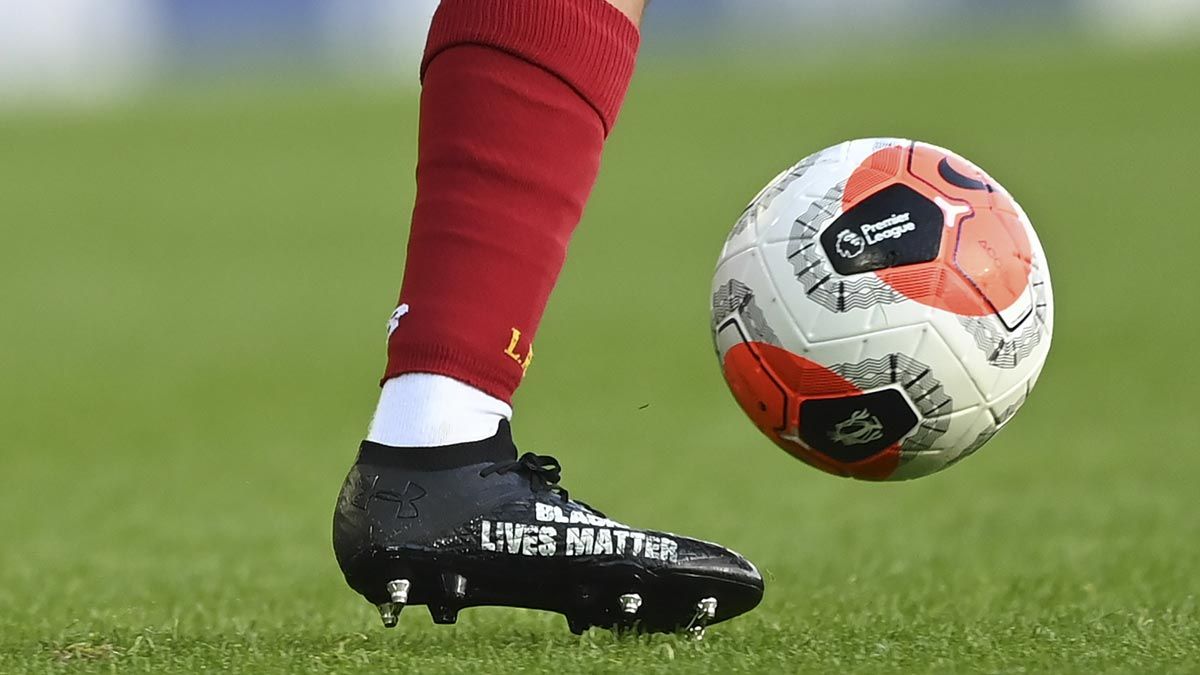 The only football that fans could see at Goodison Park was a family kickabout against one of the stands before kickoff.

For once on derby day, the tightly packed rows of terraced housing had no fans trampling past doorsteps or scouring for parking spaces. Advice from public authorities was followed as fans largely stayed away to allow a game that police initially wanted to be played in another city to go ahead.

They didn't miss much inside where a maximum 300 people were allowed including a small media contingent spread across small wooden seats usually occupied by fans in a stadium that first opened in the 19th century.

At times, the dominant sound was a saxophonist's melody filtering in from the outside on this cool evening as the Premier League was contested on the day of the summer solstice for the first time in a season that should have ended a month ago.

"Everyone is just happy to be back," Liverpool defender Virgil van Dijk said. "We didn't lose and it is another point towards our goal."

The bigger goals of football were also on display.

Just like in every Premier League game since the shutdown ended on Wednesday, the players took a knee the moment the whistle blew to start a match in which they wore "Black Lives Matter" instead of their names on the back of jerseys.

The shirts also featured a badge thanking the National Health Service workers still treating people with COVID-19. Another 1,221 infections were announced by the British government in Sunday's daily update, with 43 fatalities taking the death toll to 42,632. The lives were remembered in a minute's silence before kickoff.