BARCELONA, Spain — Barcelona fans breathed a collective sigh of relief a day after Lionel Messi said he would wait a year in his desire to seek success elsewhere.

Argentina great Messi announced Friday (Saturday, Manila time) that, despite having told the club he wanted to leave, he would see out the last season on his contract. The 33-year-old forward said he would stay because he wanted to avoid the ugly possibility of going to court to seek his release.

"He's Staying" was splashed over a huge photo of Messi on the front page of Barcelona's daily Sport on Saturday.

"As a Barça supporter I celebrate the news," 72-year-old retiree Roberto Ciervo said. "They managed to avoid a bitter end. Something nobody, including himself, wanted after his career in Barça." 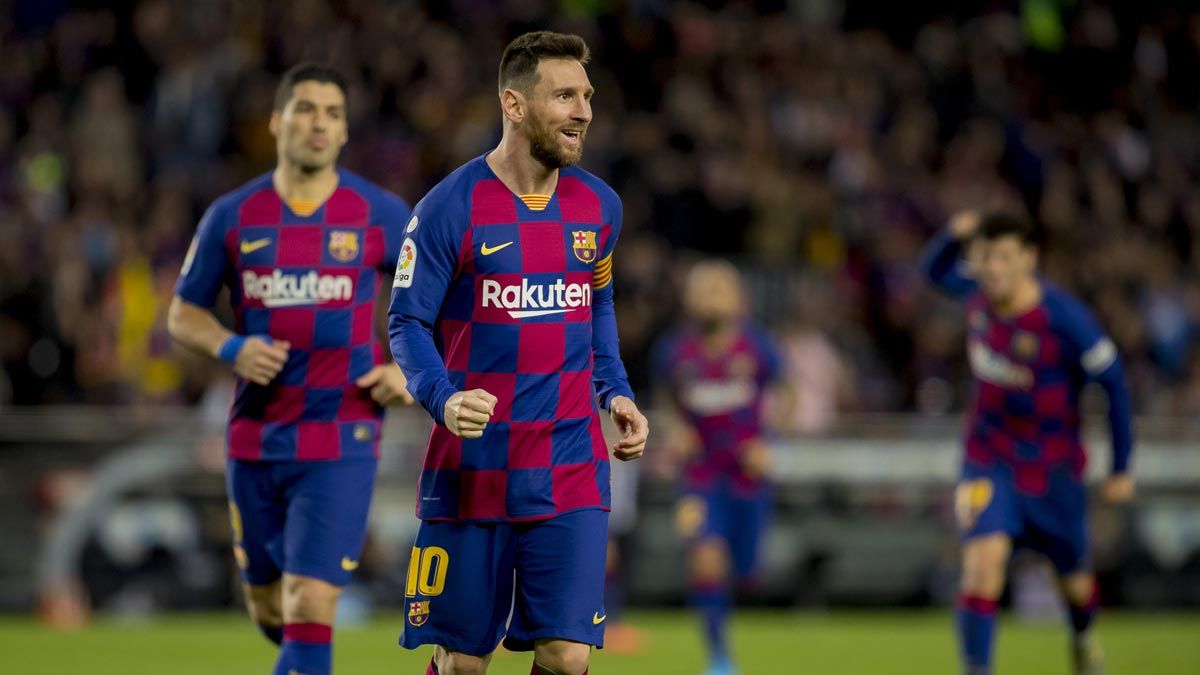 While fans are divided over whether to blame the player or club executives for the pending separation, Messi's immaculate reputation in the Spanish city has undoubtedly taken a knock.

Some supporters, like Ciervo, said they understand his decision to leave after the team's failures in the Champions League in recent seasons, which reached a low point with a stunning 8-2 defeat to Bayern Munich in the quarterfinals last month.

Messi said in an interview with Goal.com that "throughout the year I had been telling the president that I wanted to leave, that the time had come to seek new goals and new directions in my career."

Although he had voiced criticism of the team's inability to compete at the top level during the season, he saved the bombshell he wanted to leave until after the Champions League debacle. And his way of telling Barcelona — and his fans— could not have been colder: sending a buxofax, a certified document in Spain similar to a telegram, to the club's office.

That has irked some of Barcelona's faithful.

"I followed the whole story. And I think he handled things a bit wrong," said 44-year-old health worker Noelia Lagarés. "If he had already made up his mind about leaving then he should have said it before, like in January. He said he feels like part of the family because he's spent his life here. Then, why send a burofax? Either he didn't get good advice or he didn't know how to do it in a nicer fashion, the way we fans would have liked."

Barcelona starts the season in three weeks when it hosts Villarreal at a Camp Nou still devoid of fans due to COVID-19. So, Messi will avoid hearing the verdict of the crowd, for now.

He had to put his exit plans on hold after Barcelona refused to let him go unless his buyout clause of 700 million euros ($829 million) was triggered.

Barcelona has limited its response to Messi's announcement to two tweets. The first on Friday was an excerpt from his interview on Goal.com saying, "I will give it my all. My love for Barca will never waver." That was followed by a video clip on Saturday of him scoring the winning goal in the 2009 Club World Cup final.

Messi has not yet trained with his teammates under new coach Ronald Koeman and did not turn up on Saturday either.
___