ROME — Lionel Messi and titleholder Liverpool were in top form in the Champions League on Wednesday (Thursday, Manila time).

Messi scored one goal and set up another as Barcelona beat Slavia Prague 2-1 to take control of Group F at the group stage's midpoint.

Liverpool overwhelmed Genk 4-1 to end a four-game losing streak away from home in the group phase. 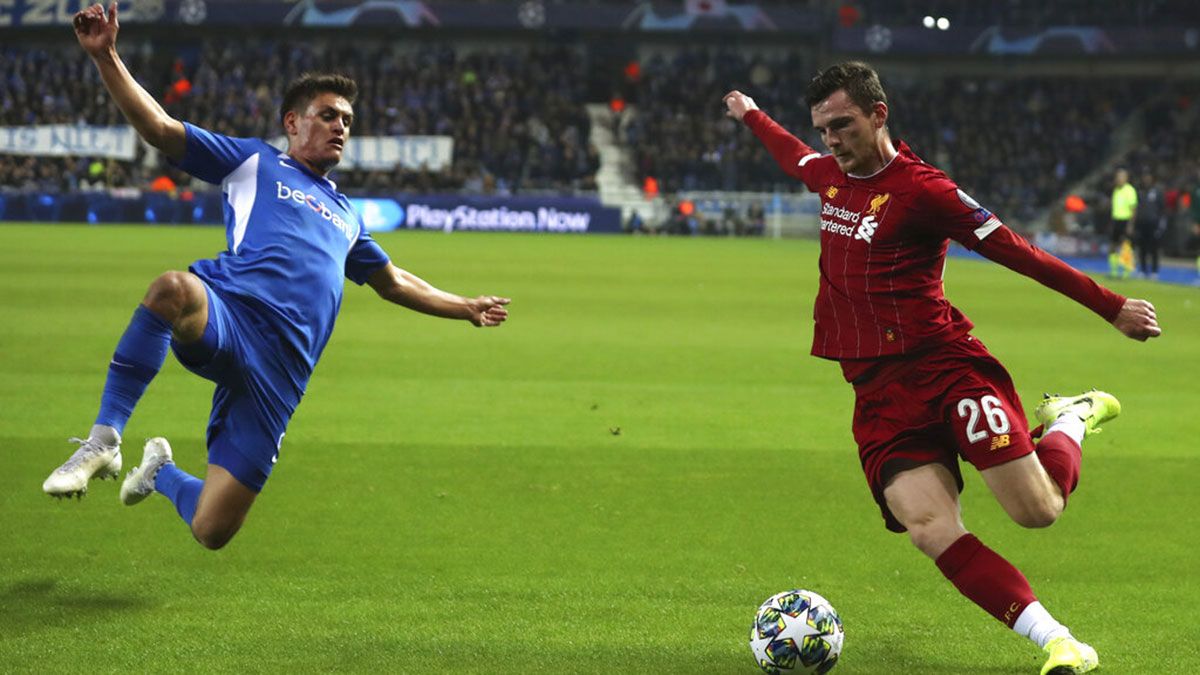 Alex Oxlade-Chamberlain made the most of a rare start to score twice and Sadio Mane and Mohamed Salah also got on the scoresheet for last season's champion.

Still, Liverpool remained one point behind Napoli in Group E after the Italian club won 3-2 at Salzburg with a brace from Dries Mertens, who surpassed Diego Maradona for second spot on the team's all-time scoring list.

Inter Milan and Borussia Dortmund trail Barcelona by three points in a group where three heavyweights are vying for two spots in the knockout stage.

Inter beat Dortmund 2-0 in the other Group F game with goals from Lautaro Martinez and Antonio Candreva.

Messi floated a free kick to Luis Suárez at the far post and the Uruguayan's shot was deflected in by Slavia forward Peter Olayinka for Barcelona's winner.

Earlier, Messi finished off a fast move he had started.

It was the first goal for the Argentine in the campaign, taking his overall tally in Europe's top club competition to 113.

Haaland now has 20 goals in all competitions for the Austrian club this season.

Haaland's first goal came with a penalty, then he made it 2-2 by taking advantage of his 6-foot-4 (1.94 meter) frame for a precise header.

He also had a score disallowed early on by the VAR for offside.

Michy Batshuayi came off the bench and scored a late winner as Chelsea rode its luck to beat Ajax 1-0 and throw Group H wide open.

The Belgium striker fired in off the underside of the bar from close range in the 86th, 15 minutes after coming on. United States international Christian Pulisic, another of coach Frank Lampard's subs, provided the cross.

"It's what you want from subs," Lampard said. "Sometimes the toughest part of management is leaving out players that really want to play week in, week out, and you rely on them being positive, coming on and making an impact and they both did. Delighted for them both."

The result left both teams on six points after three matches. Valencia, which drew 1-1 with Lille, is next with four points.

It was another late Champions League stinger at the hands of a London team for Ajax, which lost the semifinal last season to Tottenham thanks to a Lucas Moura goal deep in stoppage time.

Leipzig leads Group G following a 2-1 comeback win over Zenit St. Petersburg and is in position to advance to the knockout rounds for the first time.

"It's without doubt one of the best goals of my career," Sabitzer said.

Sabitzer also set up the equalizer for Konrad Laimer after Ukrainian defender Yaroslav Rakitskiy opened the scoring for Zenit.

Leipzig has six points, two more than Zenit and Lyon, which lost 2-1 at last-place Benfica.