Leverkusen rips Bremen as Bundesliga completes full round of games

BREMEN, Germany — Bayer Leverkusen cruised past Werder Bremen 4-1 as the Bundesliga completed its first full round of games on Monday after resuming competition.

German soccer has so far avoided major pitfalls in three days of games following a two-month suspension for the coronavirus pandemic.

Some of Leverkusen's players clustered together after scoring in Werder's empty stadium, rather than opting for the league's recommended celebrations of minimal physical contact.

Werder was without one player who was isolating at home after someone in his personal life tested positive for the coronavirus. Werder said on Friday that the player, who the club has not named, tested negative.

The Bundesliga faces its next test this week as players return to live at home ahead of the weekend's games. Teams spent the seven days leading up to their first games in a group quarantine in hotels, but that was a one off. 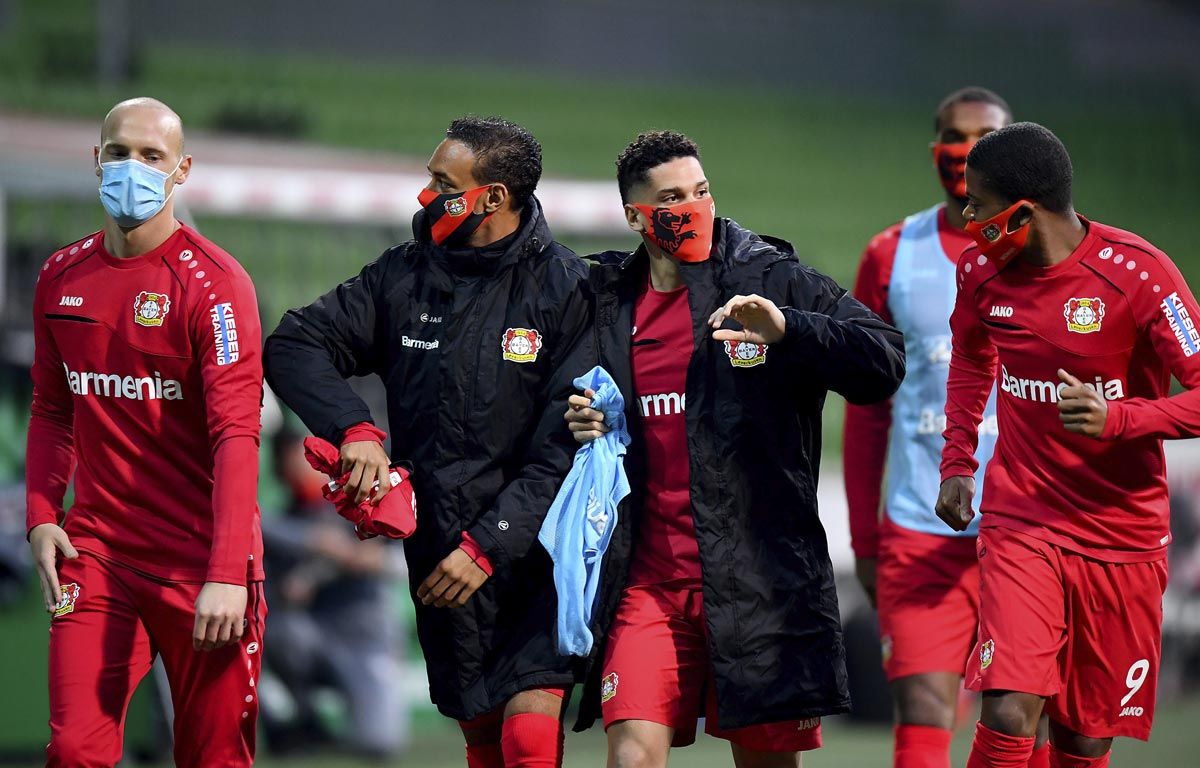 Both Leverkusen and Werder kept up their form from before the break, with Leverkusen staying six league games unbeaten and closing in on the Champions League places, while Werder remained stuck in the relegation zone.

Werder was still struggling for fitness after two months without games, defender Theodor Gebre Selassie said in televised comments, as it edged closer to dropping out of the German top division for the first time since 1981.

The first three goals came in the space of five minutes. Kai Havertz headed Leverkusen into the lead in the 28th off a cross from Moussa Diaby, but Werder soon hit back when Theodor Gebre Selassie deflected a corner into the net. Werder's defense failed to mark Havertz for the first goal and did so again for the second as he headed in at a free kick.

Leverkusen made sure of the win in the second half as Mitchell Weiser headed in from another Diaby cross, again with plenty of space in the Werder defense, and Kerem Demirbay chipped over the goalkeeper. 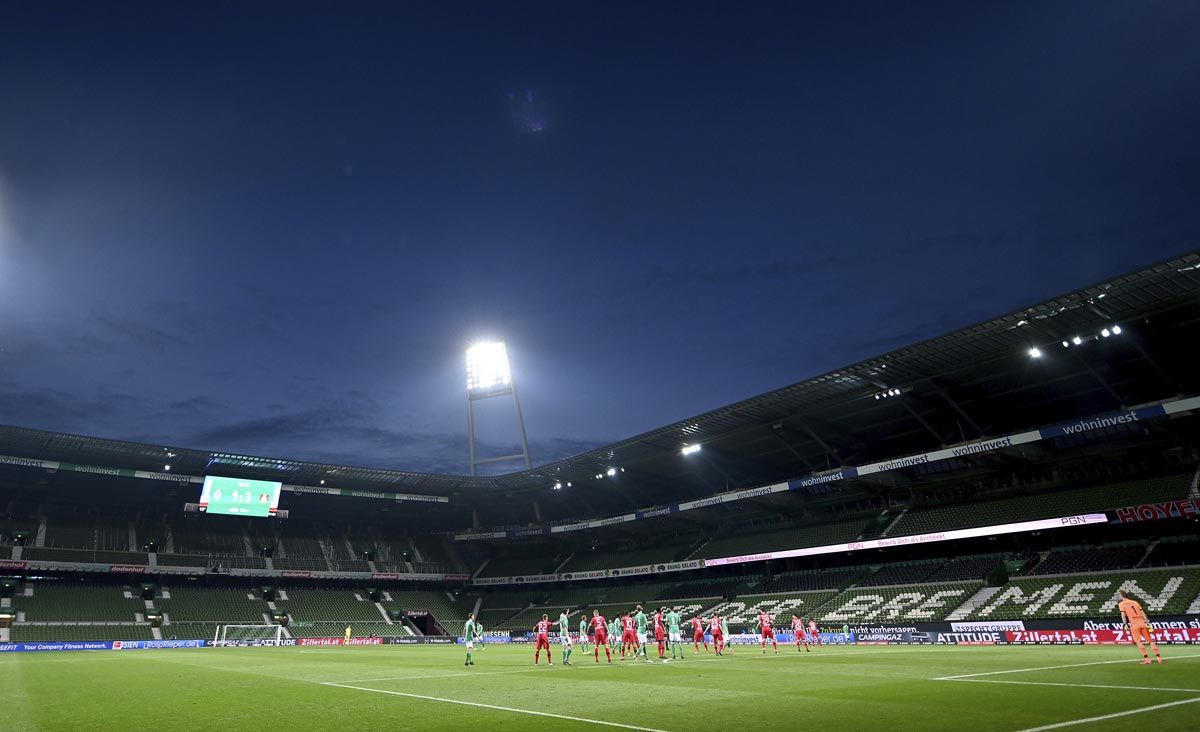 The Bremen city government had been skeptical about hosting soccer games, though it joined other German states in letting them go ahead.

Mayor Andreas Bovenschulte said on Monday on TV channel ARD that it was a "very problematic signal to society" to allow football at a time when other people in Germany were encouraged to follow social distancing.

"We're allowing major sports events in which it's part of the routine for 22 people to come into close contact. And not even from two households but from 22 different households," he said, according to German agency dpa.

Earlier, third-division club Chemnitz said one of its players tested positive for the coronavirus, in the latest obstacle to restarting lower-league games in Germany.

Chemnitz did not name the player. The club said he is "completely symptom-free." That player and two other players who had contact with him will spend 14 days in isolation at home.

The first and second divisions in Germany returned to play on Saturday but the third-division restart was postponed last week from its planned date of May 26.

Some clubs have still not received clearance from local authorities to play or hold full trainings. Chemnitz said it still planned to resume full training on Tuesday despite having three players in isolation.