Jürgen Klopp was two months into his tenure as Liverpool manager when he strode onto the Anfield turf, cajoled his players into lining up with him at the edge of the penalty area, and made them thank fans in The Kop with an arm-swinging salute.

The team had just scored in the fifth minute of stoppage time to rescue a 2-2 draw against lowly West Bromwich Albion in the Premier League. It was hardly a result worthy of such a reaction, and was invariably the subject of widespread ridicule.

Yet it was typical of Klopp: maverick, unconventional, passionate, but also calculated.

"Liiiiverpool, Liiiiverpool," the Kopites chanted back, a bond seemingly already forged with a bespectacled, cap-wearing, bearded German manager who was about to make them dream again.

Four-and-a-half years later, Klopp has attained legendary status in the port city in northwest England as the man who returned Liverpool to the top of English game after a 30-year wait for a 19th league title.

A man whose name will be slotted alongside those of other managerial greats at Anfield — Bill Shankly, Bob Paisley and Kenny Dalglish.

Chelsea's 2-1 win over Manchester City on Thursday (Friday, Manila time) saw Liverpool clinch its first championship since 1990, ending one of the most unforeseen droughts in British sports.

European champion, world club champion, and now English champion. All in the space of 13 months and all under the watchful eye of an eccentric who has turned Liverpool from a thrilling yet brittle team into a cold-blooded, trophy-winning juggernaut. 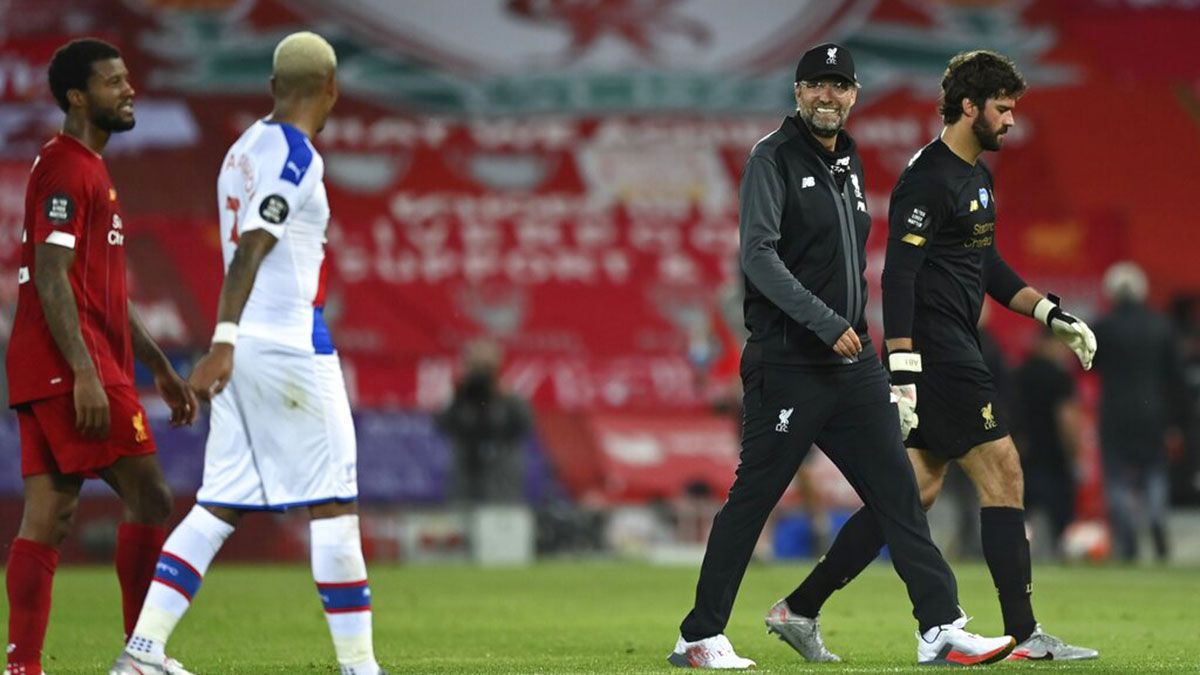 More than that, Klopp has managed to achieve the nearly impossible in this era of increasing soccer tribalism: he is almost universally liked. Ask fans of Manchester United and Manchester City what they think about the man who has relegated their teams to Premier League also-rans this season and they'll most likely speak of their respect and admiration for him.

It is easy to see why — and not just because of his infectious energy and passion on the touchline and his clear man-management skills.

"No disrespect to the other managers before him, but I felt it from day one when he came in the door," Liverpool captain Jordan Henderson said about Klopp after the title was clinched on Thursday. "He just changed everything and everyone followed him."

In interviews and news conferences, Klopp is equally at home making jokes as he is talking politics and current affairs. He was one of the few Premier League managers to divulge his views about Brexit — "there was not one time in history where division creates success," he told one interviewer — and he did so in a calm and thoughtful manner.

He holds strident opinions on player welfare, even if that means openly criticizing governing bodies in the process.

"As long as nothing changes I will say something all the time," Klopp said this year, describing himself mockingly as 'The Moaner from Liverpool.' "It's because it's about the players, not one second about me."

Klopp is also fun, his loud laugh and flashing grin — made even more stark after having his teeth whitened in late 2017 — now a staple part of a Premier League weekend.

"The best word I can say to describe this is: BOOM!" he said, looking straight into the TV camera and with a broad grin, after Liverpool beat Man City in March 2016. The reaction has turned into a meme.

How different it all would have been if he'd have decided to join Man United, with whom he held talks in 2014 according to his biographer, Raphael Honigstein. Instead, a year later, he chose Liverpool as his next step after leaving Borussia Dortmund, a German club that has working-class roots, a strong heritage and a passionate fan base — just like the team he was about to join as the replacement for Brendan Rodgers.

He has proved a perfect fit, and far from "The Normal One" tag he gave himself at his presentation at Anfield in October 2015 in reference to Jose Mourinho's self-styled "Special One" description.

Klopp already had charisma and an aura about him from his time at Dortmund from 2008-15 — with his quirky appearance and one-liners, he was regarded as one of European soccer's great personalities — and also brought his trademark "heavy metal football" to Merseyside.

While that saw Liverpool challenge City as the most watchable team in England across 2017 and '18 as Klopp began to put his stamp the team, it is only since he tempered his gung-ho style that the Reds have been capable of going toe-to-toe with City in terms of results.

The game-changing six months came at the start of 2018, when Liverpool was reinvented by the sale of attacking midfielder Philippe Coutinho to Barcelona for 142 million pounds ($244 million) and the signings of center back Virgil van Dijk and Alisson for $99 million and $85 million respectively — record fees for a defender and goalkeeper at the time.

Klopp had earlier said he'd never splash those kind of sums — "Other clubs can go out and spend money and collect top players, I want to do it differently," he said in 2016 after United bought Paul Pogba for $116 million — but he eventually succumbed to the realities of the modern-day game and abandoned those principles.

A shaky defense was tightened up and Klopp hit upon a more solid 4-3-3 formation. The result has been spectacular: back-to-back Champions League finals, winning one and losing one; a 97-point league season — the third-highest in Premier League history — that left Liverpool a point behind City in the 2018-19 campaign; and now what could statistically go down as the greatest ever top-flight season.

The team's fitness is second to none under Klopp, while his desire to cover all bases in his efforts to secure the holy grail that is the English league even saw him hire a throw-in coach.

Anfield is now a fortress again under Klopp, who never fails to talk up the power of the Liverpool feverish home support that feeds off their manager's energy. It makes it all the more tough to take that the fans have not been allowed in stadiums to see the team finish off its title-winning campaign.

With Klopp having a contract through to 2022, there will likely be many more magic moments to share with their leader who has put Liverpool back on its perch.