How Germany pulled it off: Bundesliga protocols form blueprint for other leagues

DUSSELDORF, Germany — There was a trophy, there were medals and there were commemorative T-shirts. Only the fans were missing as Bayern Munich celebrated its title on Saturday and the Bundesliga breathed a sigh of relief. The restart plan worked.

When the Bundesliga restarted on May 16, it was more than a month ahead of other major European leagues. The June 27 finish leaves Bayern Munich and Leipzig with weeks of free time before the Champions League returns in August.

The Bundesliga's virus testing and medical protocols formed a blueprint for other leagues and sports around the world. Unlike most other European countries, Germany also restarted the women's league, won by Wolfsburg. 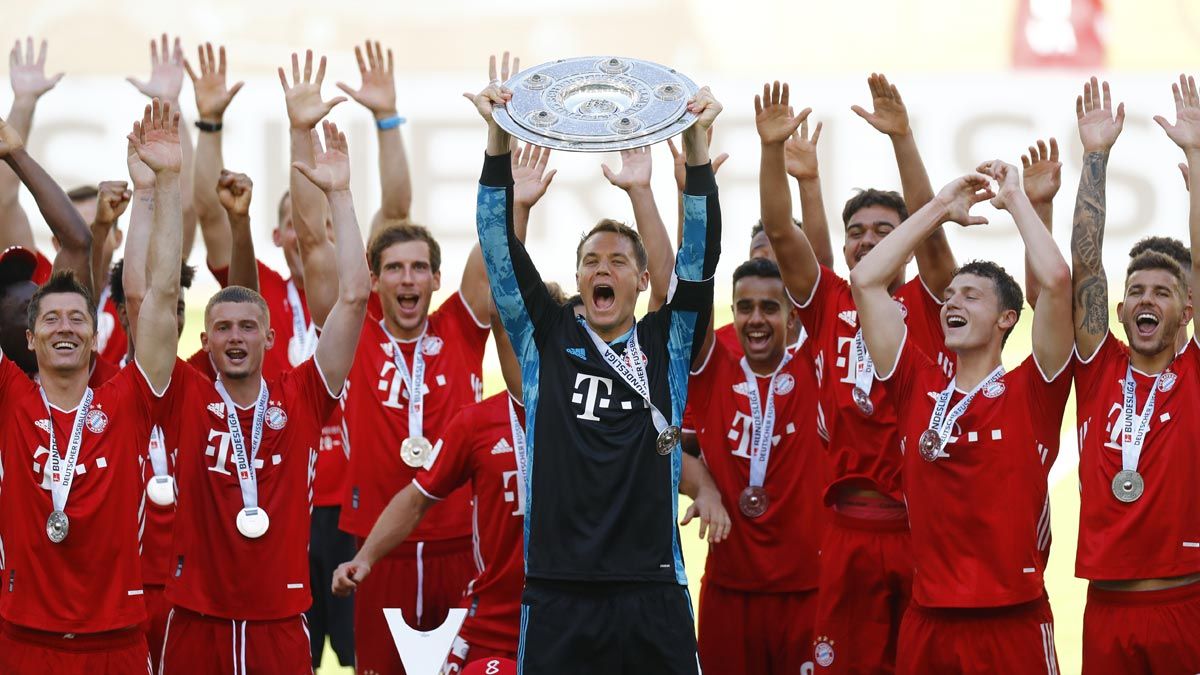 The games were eerie as players' shouts echoed off empty concrete terraces and the colorful fan displays were gone. Borussia Dortmund set the tone on the first day back when its players lined up to salute the empty "Yellow Wall," usually one of Europe's loudest and best known fan section.

The results were much like any other recent season. Bayern recovered from early-season troubles to win its eighth straight title with two games to spare, then held a muted party in private without players' families and the usual beer-throwing antics. Dortmund fought hard with an exciting young team, but fell short.

The coronavirus brought pain to some players, at least indirectly. Injuries were more common after the long break from training and second-division club Dynamo Dresden had to play eight games in 22 days after positive coronavirus tests delayed its return to action.

"Do you think that anyone in the league spent a single second thinking about what's going on in our heads?" Dresden player Chris Löwe said in a tearful, expletive-filled televised interview railing against the German league last week.

Now Bayern and Leipzig face weeks without games before the Champions League resumes in August, though Bayern still has a cup final on July 4 against Bayer Leverkusen. There is also a two-leg promotion-relegation playoff that has yet to be played. 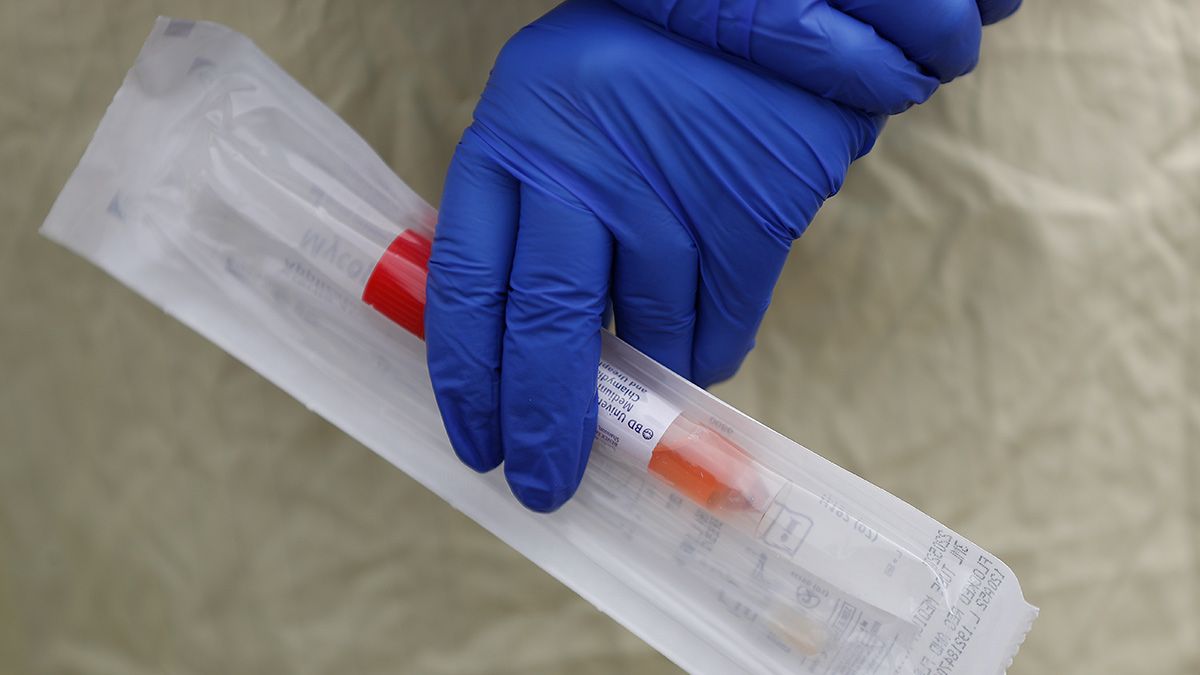 Almost immediately after suspending the league on March 13, Germany quietly began preparing for the restart.

It helped that Germany was a world leader in ramping up its coronavirus testing. That meant that the league could use as many as 25,000 coronavirus tests to finish the season without putting a serious dent in the country's testing capability.

The deputy head of Germany's main public health body was opposed, saying tests should be saved only for people suspected of having the virus.

At one stage the restart looked in doubt after positive tests for players or staff at first-division club Cologne and second-division teams Dresden and Erzgebirge Aue. Polls consistently showed most Germans were opposed to the restart. Detailed planning by the league for testing and training helped convince key politicians.

The league has stopped publishing testing figures though no top-division team has reported an infection since the league resumed.

The only confirmed case of a player missing a Bundesliga game because of coronavirus was when veteran Werder Bremen striker Claudio Pizarro was quarantined following a positive test for his daughter, as he later told the local Weser Kurier newspaper. He was not found to have the virus. 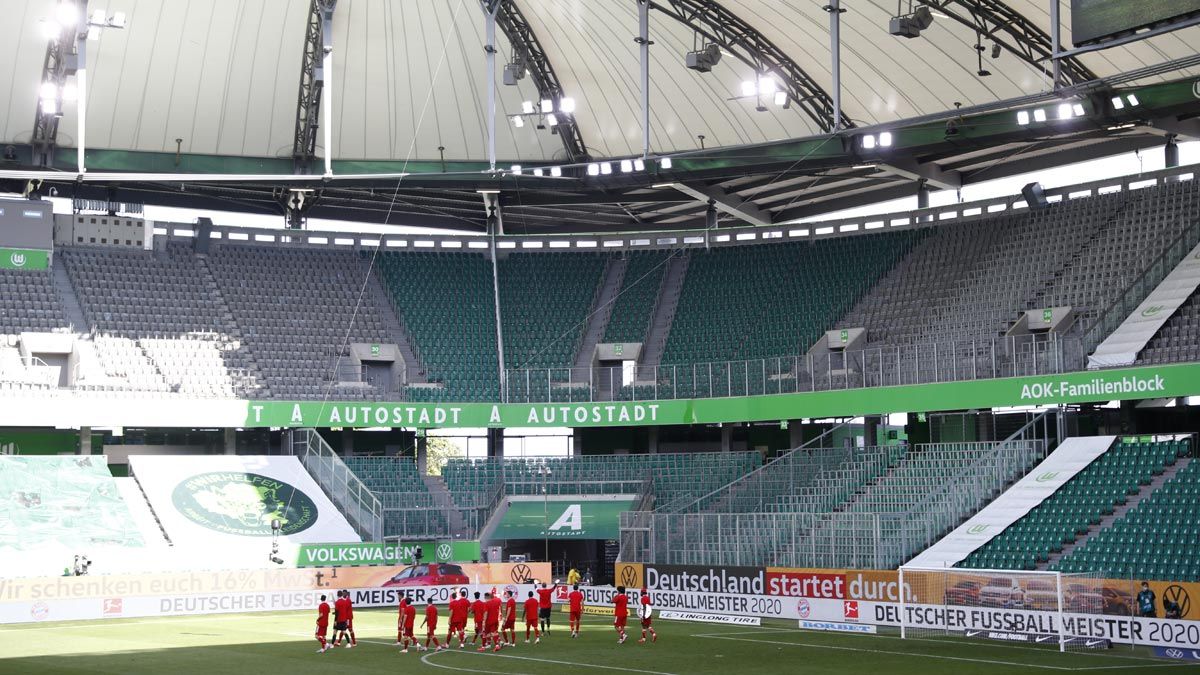 The restart was accompanied by a rash of minor injuries, mostly strains of players' soft tissue. That left Borussia Dortmund fielding a less-than-ideal starting lineup in it's title-deciding, 1-0, loss to Bayern when Jadon Sancho and Emre Can were only fit enough to come off the bench as substitutes.

Bundesliga players spent less time training at home than their counterparts in England or Spain because of Germany's quick move to socially distanced training in groups.

Some used the break to shake off injuries and return fully fit. Top scorer Robert Lewandowski, his Bayern teammate Kingsley Coman and Leipzig midfielder Kevin Kampl all made an impact after returning to fitness in the spring. 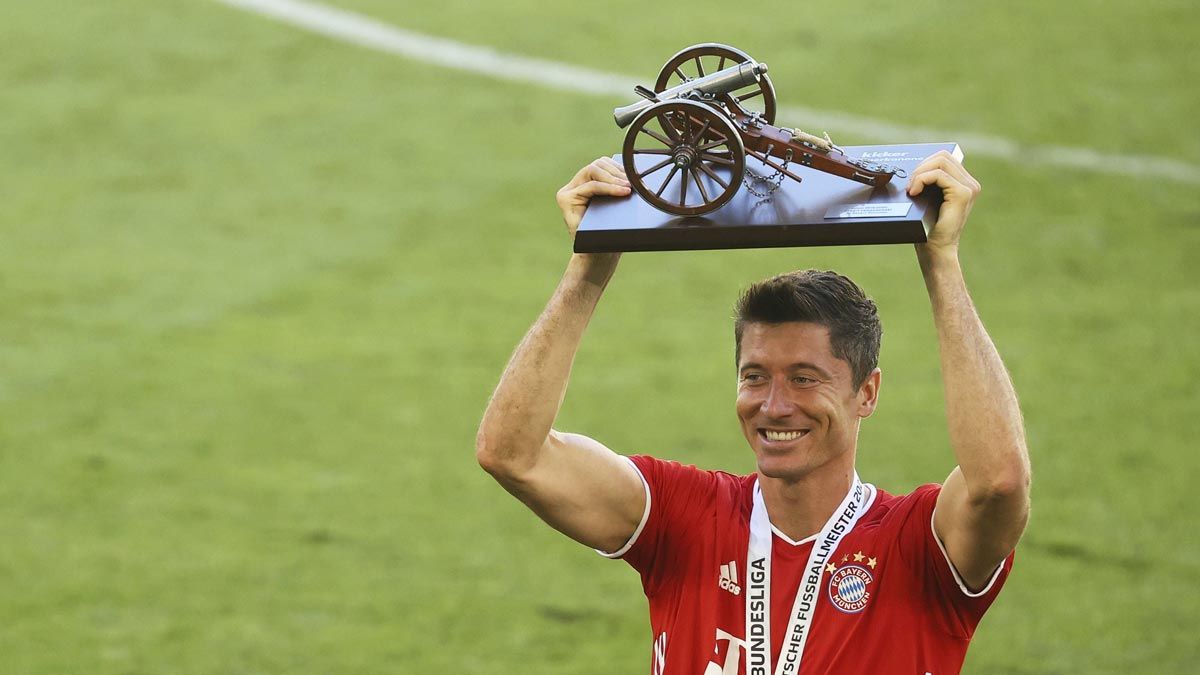 German police, like those in England and elsewhere, feared fans would gather around stadiums and spread the coronavirus.

When Dortmund hosted local rival Schalke on the first day back on May 16, a few curious locals in club colors wandered by but soon left. A group of about 10 Polish warehouse workers constituted the largest crowd as they posed for photos in front of a club logo and played keep-ups with a ball.

There was no repeat from the Bundesliga's brief experiment with empty-stadium games before the shutdown, when hundreds of Borussia Mönchengladbach supporters chanted outside their team's stadium during a win over Cologne.

Instead, German fans have mostly followed the rules and watched at home, as shown by record audiences for broadcaster Sky on the first weekend back. Bayern's title win also didn't prompt the kind of street partying seen in England after Liverpool's long-awaited championship.

Germany found itself leading the way commercially too. It was the first big European league trying to limit the financial damage to its TV deals during the pandemic.

Nearly two decades of soaring TV rights values ground to a halt with the new domestic broadcast packages signed Monday worth €4.4 billion ($5 billion) over four seasons from 2021-25. That's about €60 million ($67.7 million) less per season than the current agreement.

Bayern CEO Karl-Heinz Rummenigge said other leagues will soon feel the pain. "If you look at the problems that are still unresolved with the TV broadcasters in, for example, England, Italy or Spain, then we can still be very satisfied here in Germany," Rummenigge said on Tuesday in a video on the club's LinkedIn page.

Italy's Serie A expects to launch a TV rights tender in September for the period 2021-24. The English Premier League and Spanish league are both heading into talks on new domestic TV rights cycles from 2022.

Dividing a smaller TV-rights deal between the same number of teams is causing tension in Germany. Many smaller clubs want a more even split and fewer advantages for teams who finish high up the table.