HOPES are high for the Philippine women’s football team being labeled as the best-ever assembled by the national federation as it competes in the 2022 AFC Women’s Asian Cup qualification in Tashkent, Uzbekistan.

A strong 22-female squad will vie for the lone spot for Group F starting on Saturday against Nepal. The Malditas will also clash with Hong Kong on September 24.

Team captain and goalkeeper Inna Palacios lead the squad that includes players from the 2019 Southeast Asian Games, the AFF Women’s Championship in 2019, and the 2018 AFC Women’s Asian Cup.

Following a grueling training camp among the majority of the team in Irvine, California, head coach Marlon Maro declared that the team is one of the strongest women’s squad ever formed by the Philippine Football Federation.

“When it comes to the line-up, we have, for me, the best line-up that we were able to assemble because of the product of our age-group and youth programs are with us,” said Maro during a virtual press conference on Wednesday.

“It’s a combination of seniors and young players and we have a combination of big and tall players from goalkeeper, midfield, and strikers, especially the strikers. I think it’s one of our strengths. We are very much ready on Saturday,” said Maro, who returns to the sidelines of the women’s team after 14 years.

“It’s a dynamic kind of football. We are learning to hold the ball and at the same time, make plays for everyone. We are evolving into what football is right now. It’s a much faster game, more intelligent game. And with the tactics that we have, we are confident that we will follow the game plan. What you can expect from us is we’ll play our best and very much motivated by the campaign that we have with #RememberTheGoal in our heads at all times,” said Palacios. 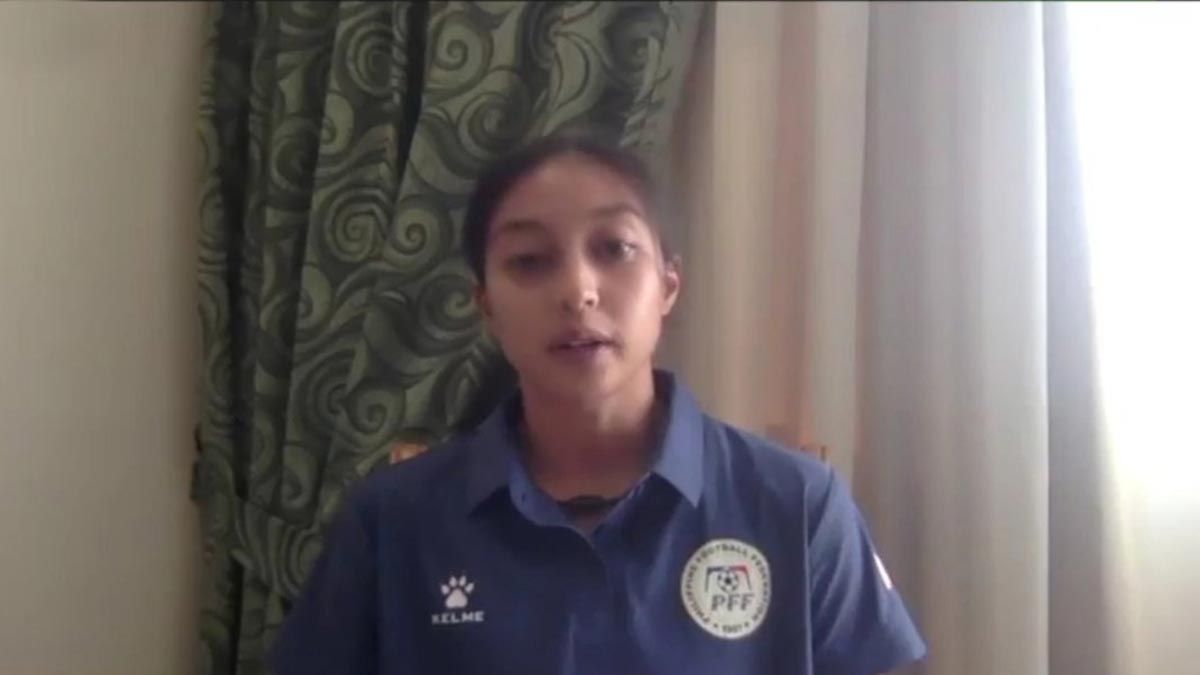 PFF president Mariano ‘Nonong’ Araneta said they are aiming high, with a goal of gaining one of the five spots of Asia in the 2023 Fifa Women’s World Cup.

“We have high hopes that the triumphs in Tokyo (Olympics) would continue to be an inspiration for Filipino athletes especially to our women’s national team who will be shooting for a spot in the AFC Women’s Asian Cup starting on Saturday in Tashkent,” said Araneta.

“The PFF has put emphasis on women’s football development over the past few years with the help of our sponsors like the MVP Sports Foundation and donors like Jeff Cheng, this has translated to success on the field with qualification to the 2018 AFC Women’s Asian Cup in Jordan as our most noteworthy achievement.

“We have big ambitions for our women’s national team and it’s no secret that the goal will be to qualify for the 2023 Fifa Women’s World Cup which has been expanded to 32 teams in Australia and New Zealand,” said Araneta.

Maro said the focus in the coming days is to integrate the players who took part in the California camp with those who are based in Manila.

The PFF is also confident that the preparations are enough despite the COVID-19 restrictions, and Maro believes the Malditas are “two months ahead” in the preparations compared to their opponents.

PFF general secretary Edwin Gastanes said arrangements are being made for the broadcast of the matches in the Philippines.