by tales azzoni, ap and andrew dampf, ap
2 days ago

ROME — It was the biggest game in Atalanta's history and a third of Bergamo's population made the short trip to Milan's famed San Siro Stadium.

More than a month later, experts are pointing to the Feb. 19 game as one of the biggest reasons why Bergamo has become one of the epicenters of the coronavirus pandemic — a "biological bomb" was the way one respiratory specialist put it — and why 35% of Valencia's team became infected.

The match, which local media have dubbed "Game Zero," was held two days before the first case of locally transmitted COVID-19 was confirmed in Italy.

"We were mid-February so we didn't have the circumstances of what was happening," Bergamo Mayor Giorgio Gori said this week during a live Facebook chat with the Foreign Press Association in Rome. "If it's true what they're saying that the virus was already circulating in Europe in January, then it's very probable that 40,000 Bergamaschi in the stands of San Siro, all together, exchanged the virus between them. As is possible that so many Bergamaschi that night got together in houses, bars to watch the match and did the same. 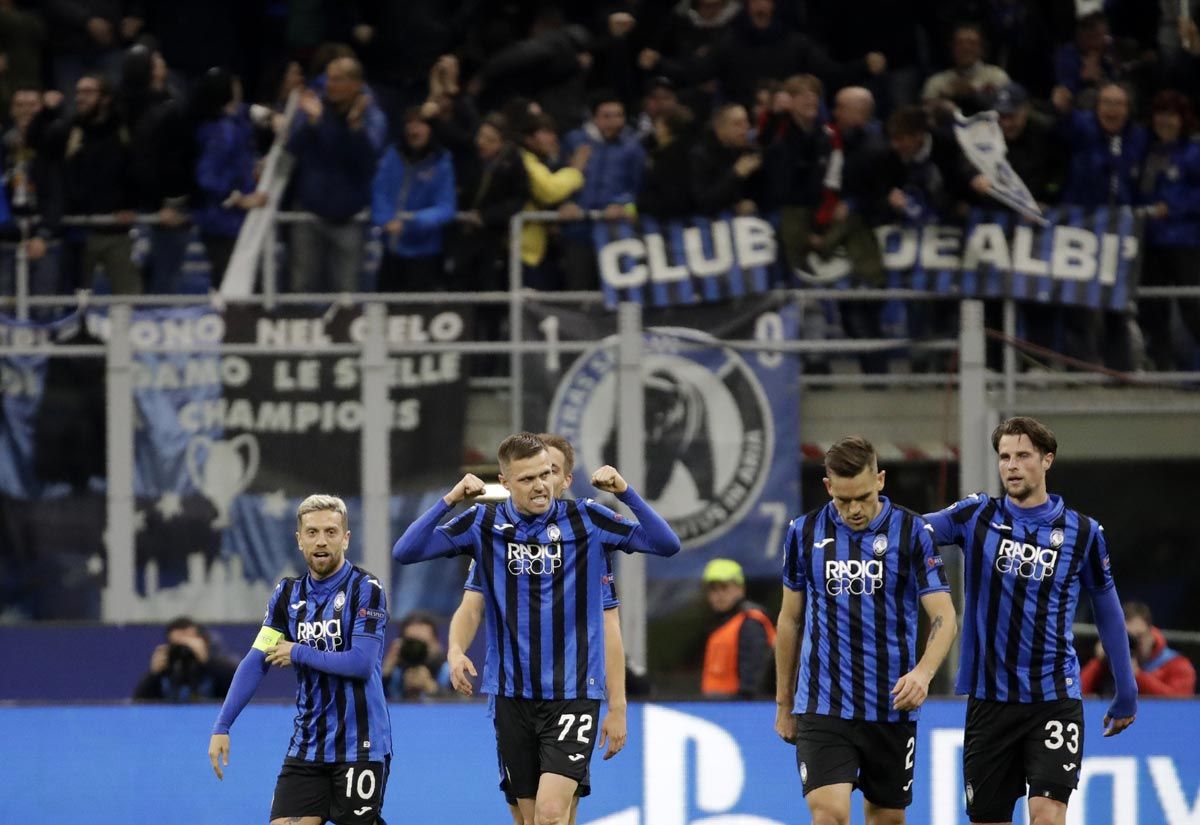 "Unfortunately, we couldn't have known. No one knew the virus was already here," the mayor added. "It was inevitable."

Less than a week after the game, the first cases were reported in the province of Bergamo.

At about the same time in Valencia, a journalist who traveled to the match became the second person infected in the region, and it didn't take long before people who were in contact with him also had the virus, as did Valencia fans who were at the game.

While Atalanta announced its first positive case Tuesday for goalkeeper Marco Sportiello, Valencia said more than a third of its squad got infected, "despite the strict measures adopted by the club" after the match in Milan.

As of Tuesday, nearly 7,000 people in the province of Bergamo had tested positive for COVID-19 and more than 1,000 people had died from the virus — making Bergamo the most deadly province in all of Italy for the pandemic. The Valencia region had more than 2,600 people infected.

Luca Lorini, the head of the intensive care unit at the Pope John XXIII hospital in Bergamo, currently has 88 patients under his care with the coronavirus; not including many more in other parts of the hospital.

"I'm sure that 40,000 people hugging and kissing each other while standing a centimeter apart — four times, because Atalanta scored four goals (the final result was 4-1) — was definitely a huge accelerator for contagion," Lorini told The Associated Press on Wednesday.

"Right now we're at war. When peace time comes, I can assure you we will go and see how many of the 40,000 people who went to the game became infected," Lorini added. "Right now we have other priorities."

Silvio Brusaferro, the head of Italy's Superior Institute of Health, said over the weekend at the nightly nationally televised briefing by the civil protection agency that the game was "one of the hypotheses" being evaluated as a source of the crisis in Bergamo.

"It's certainly an analysis that can be made," Brusaferro said.

By last week, Bergamo's cemetery became so overwhelmed by the number of dead that military trucks began transporting bodies to a neighboring region for cremation.

Italy remained the European country with the most cases, nearly 70,000, and with almost 7,000 deaths — the most worldwide and more than twice as many as China. 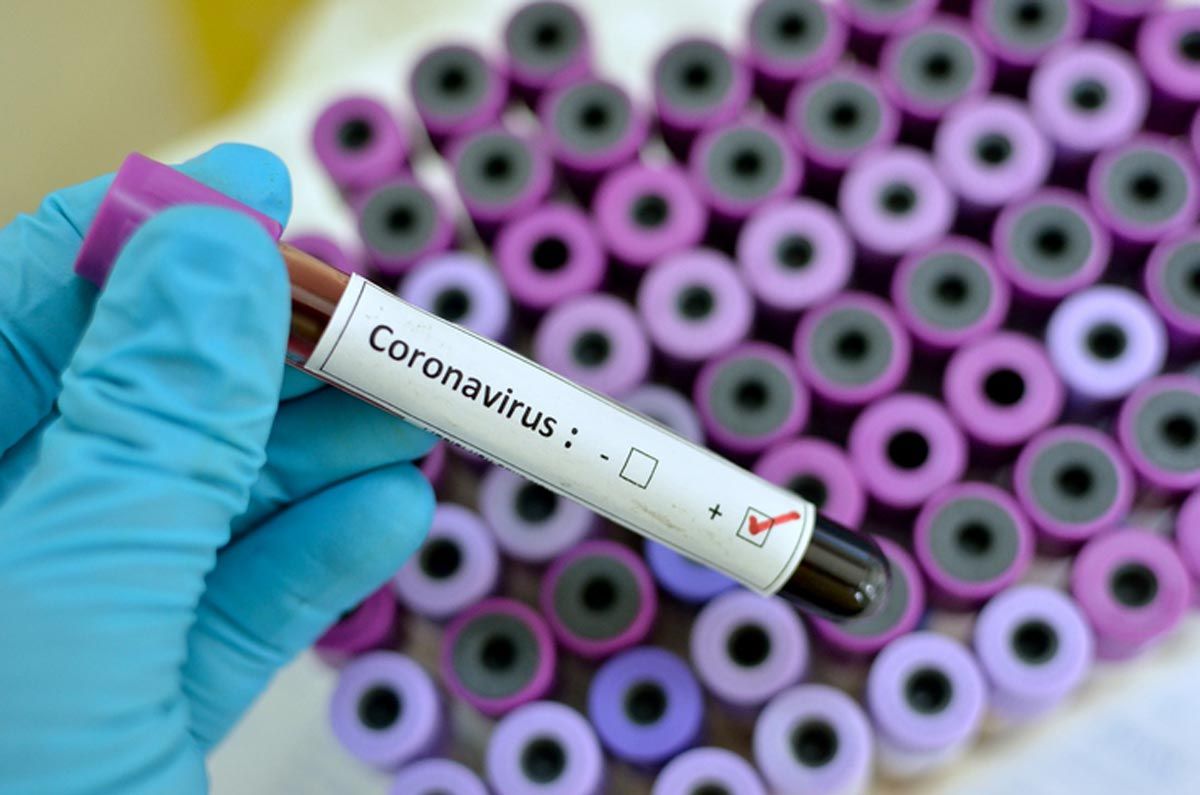 Spain is the next country in Europe with the most cases, nearly 48,000, and it has surpassed China in the number of deaths with more than 3,400.

More than 435,000 people worldwide have been infected and the number of dead closed in on 20,000, according to the running count kept by Johns Hopkins University. Overall, more than 100,000 have recovered.

For most people, the new coronavirus causes mild or moderate symptoms, such as fever and cough that clear up in two to three weeks. For some, especially older adults and people with existing health problems, it can cause more severe illness, including pneumonia and death.

The official attendance for the Feb. 19 game was 45,792 — a "home" record for Atalanta, a small club making its debut in Europe's top club competition.

"It's a city of 120,000 people and that day (40,000) went to the San Siro," the Argentine said. "It was a historic match for Atalanta, something unique. To give you an idea, my wife took three hours to get to Milan, when that trip normally takes 40 minutes."

The game was played in Milan because Atalanta's stadium in Bergamo didn't meet the requirements set by European soccer governing body UEFA.

Before the match, Valencia fans freely roamed around Milan and gathered at some of the city's plazas, including the Piazza del Duomo, drinking and chanting team songs.

Looking back, the conditions for virus contagion were high, with thousands of people gathering without much concern — at a time when the outbreak in Europe wasn't yet known — and then traveling back home. Nearly 30 busloads of fans made the 60-kilometer (37-mile) trip from Bergamo to Milan.

The evening before the match, there was no social distancing as officials from both clubs mingled and exchanged gifts and handshakes at a gala dinner offered by Atalanta.

"I have heard a lot (of theories), I'll say mine: Feb. 19, 40,000 Bergamaschi went to San Siro for Atalanta-Valencia," Fabiano di Marco, the chief pneumologist at the hospital in Bergamo, told Italian newspaper Corriere della Sera. "In buses, cars, trains. A biological bomb, unfortunately."

Valencia defender Ezequiel Garay was the first Spanish league player to test positive for COVID-19. The team played a Spanish league game against Alavés about two weeks after the game in Milan, and later Alavés reported that 15 people in the club were infected, though it did not say the cases were directly related to the match against Valencia.

"Look at what's happening in China, where players are testing positive for the coronavirus now — despite all the safety rules and precautions being taken," Tommasi told the AP, referring to a recent positive test for former Manchester United midfielder Marouane Fellaini with Chinese club Shandong Lunen.

Fellaini's positive test was alarming because, while the outbreak began spreading in China, the virus has reportedly been receding there.

"It's not going to be enough to just test the athletes," Tommasi added. "The entire setting needs to be safe. Because if one team is stuck, it blocks the entire system."

After winning the first leg, Atalanta advanced to the Champions League quarterfinals following another victory in the second leg on March 10, which was played in an empty Mestalla Stadium in Valencia after Spanish authorities prohibited games involving teams from northern Italy to be played with fans. A few thousand Valencia supporters gathered at the Mestalla to welcome the team, though, and to watch the match together in nearby bars and restaurants.

Over the past month, Atalanta has mourned the deaths of five former staff members. While announcements on the club website made no mention of the virus, local media have reported that at least four of them died with COVID-19.

Still, only one positive test from Atalanta has been announced.

"Some squads have chosen not to test their players unless they show symptoms," Tommasi said. "Other squads tested everyone. These are individual choices.

"The head of the civil protection agency has talked about the likelihood that for every proven positive case there are probably 10 actual positives. … The high number of positives at Valencia makes you wonder."

With the Champions League suspended because of the pandemic, Atalanta has no idea when it might play in the quarterfinals — which again would be the club's biggest game in its history. In the meantime, both the Bergamo team and Valencia are left wondering about the unforeseen effects of their match in February.

Azzoni reported from Madrid. Associated Press writers Daniella Matar in Milan and Joseph Wilson in Barcelona, and reporter Patricia Thomas in Rome contributed to this report.