GABE Norwood will fly to San Francisco to watch Super Bowl 50 and support his younger brother Jordan as he plays in American sports' showcase event.

Norwood said he was cleared by Rain or Shine coach Yeng Guiao to head to the US to see his brother Jordan play in the Super Bowl, where his Denver Broncos will face the Carolina Panthers on February 7 (February 8 Manila time).

“Coach Yeng was nice enough to give me the pass to head out with my wife and kids so that we could go out and support my brother. Hopefully, they get the win,” Gabe said in an interview during the Spin.ph Sportsman of the Year 2015 awards on Saturday at the Marriott Grand Ballroom.

Jordan is out to get his first Super Bowl ring as the Broncos led by quarterback Peyton Manning face Cam Newton and the Panthers, and Gabe will be there to witness it, several years since he last saw his brother in action in an NFL preseason game.

Gabe said he still can't believe that he is going to watch the Super Bowl — for the first time — with his brother playing on it.

“It’s pretty surreal. We grew up as kids being around football. My dad was a college football coach in the States. For him to achieve his goal, he had a roller coaster career, to be at this point, it’s just a huge accomplishment for him,” Gabe said.

The 29-year-old Jordan played college football at Penn State before bouncing around in the NFL before finally finding a home with the Broncos.

“Extremely proud. He has worked hard from the time he was younger to this point and I think it shows that hard work pays off,” said Gabe.

Gabe said he constantly communicates with Jordan, and sees the thrill his brother is experiencing heading to the Super Bowl.

“Basically daily or every other day. Technology helps a lot, i-Message, Skype, Facetime. We communicate very often and I can see the excitement,” said Gabe. 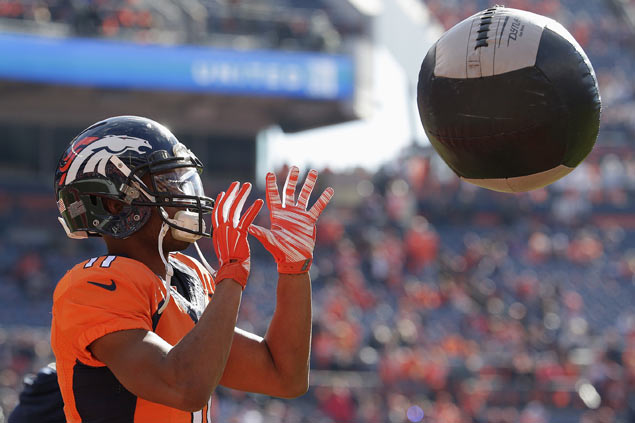