WHAT to watch in the leading football leagues in Europe this weekend:

The marquee matchup of this weekend in Spain is Barcelona's visit to Atlético Madrid, featuring the return of Antoine Griezmann to the club he led for five seasons.

In his five campaigns for Atletico, Griezmann scored 133 goals and helped it win a Europa League title, a Spanish Super Cup and a UEFA Super Cup. He has struggled to connect well with his new Barcelona teammates, but he did score in a 3-1 win over Borussia Dortmund in the Champions League on Wednesday. 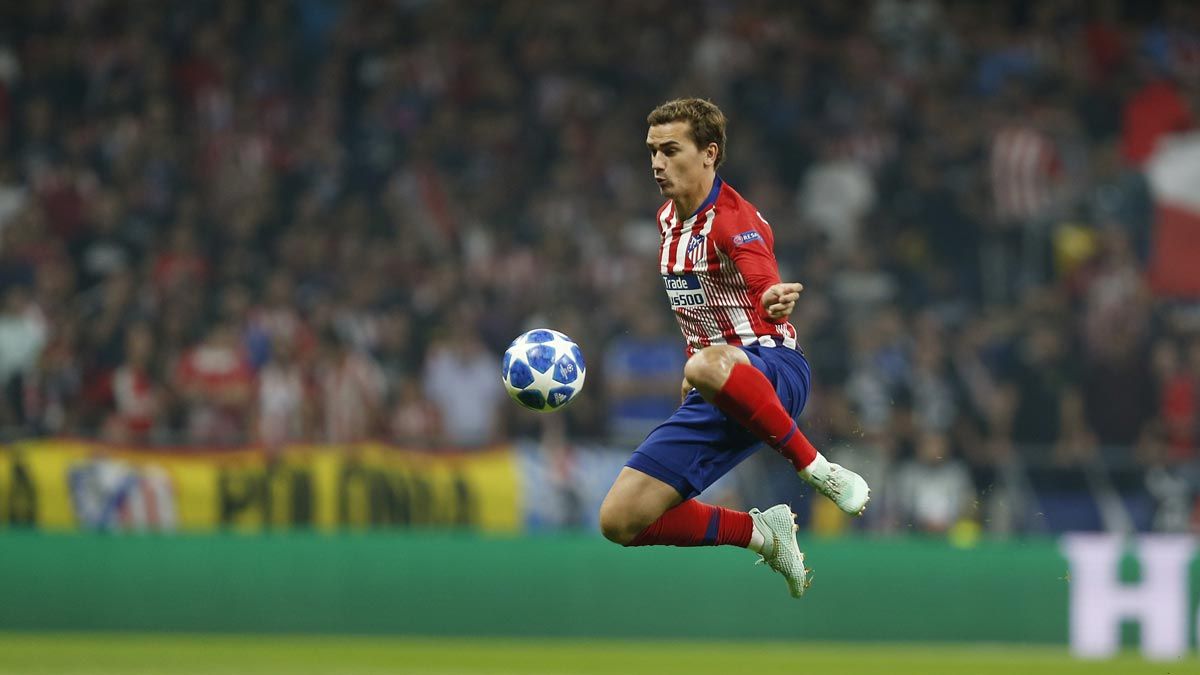 Barcelona leads the league on goal difference ahead of Real Madrid, which visits Alavés on Saturday.

Atlético is in fourth place and can move level with Barcelona on points with a win over Lionel Messi's team. Atlético is coming off a 1-0 loss at Juventus and is having trouble replacing the goals once provided by Griezmann.

Sevilla trails Barcelona and Madrid by one point before it hosts bottom side Leganés.

Jürgen Klinsmann makes his debut in charge of Hertha Berlin with a tough game at home to Borussia Dortmund on Saturday.

Hertha has lost its last four games – prompting the dismissal of Ante Covic and the hire of Klinsmann on Wednesday – but Dortmund's need for a win is arguably greater with Lucien Favre's job as coach on the line.

Favre's team has only five wins from 12 games so far and was fortunate to escape with a 3-3 draw at home to last-place Paderborn last weekend.

The team's 3-1 loss at Barcelona in the Champions League on Wednesday offered little suggestion that it can suddenly break free from its slump.

Bayern Munich has no such issues before it hosts Bayer Leverkusen for Saturday's late game. The seven-time defending champion has won its last four games across all competitions since firing Niko Kovac, giving replacement Hansi Flick the best ever start for a Bayern coach. Flick's team has scored 16 goals and conceded none in the four games.

Both Bayern and second-place Leipzig are eyeing top spot on Saturday. Leipzig is visiting Paderborn.

Liverpool starts a run of 10 games in 30 days across four competitions with a home match against Brighton on Saturday as the Reds look to protect their eight-point lead in the Premier League.

Injuries could soon start to bite Jürgen Klopp's side, which will be without defensive midfielder Fabinho because of suspension although he also sustained a serious-looking ankle injury in the Champions League on Wednesday.

Center back Joel Matip (knee) remains out injured while Mohamed Salah and Andy Robertson have been nursing problems in recent weeks.

Klopp's squad is sure to be stretched over the next month as Liverpool attempts to maintain its big advantage in the league, while also trying to advance in the Champions League and English League Cup and win the Club World Cup in Qatar.

Leicester, which is second in the league, hosts Everton, whose manager Marco Silva is under severe pressure after the team's underwhelming start to the season. Third-place Manchester City, a further point back, is away to Newcastle.

Jose Mourinho looks for a third straight win to open his tenure at Tottenham in a home match against Bournemouth.

Entering the 14th round of Serie A, there are two big battles at the top of the standings.

Also Sunday, Lazio will be looking to stretch its winning streak to five matches when it hosts Udinese, while Cagliari can extend its unbeaten run to 12 games when it plays Sampdoria on Monday.

The long-term absence of World Cup winner Florian Thauvin did not have a negative impact on Marseille's form in recent weeks. The nine-time French champions are second in the standings behind runaway leader and archrival Paris Saint-Germain ahead of Friday's reception of Brest.

Under the helm of former Tottehnam coach Andre Villas-Boas, Marseille has found the right chemistry, moving within eight points of PSG with three consecutive wins in November.

Marseille has not lost against Brest since February 2012 and hopes to extend this unbeaten record at the Velodrome stadium.

"I hope we'll keep playing like this until Christmas," said Villas-Boas, who has set the goal of a top-three finish.

In the wake of its 2-2 draw at Real Madrid midweek in the Champions League, PSG travels to Monaco on Sunday while third-place Angers plays at Nice.