New Azkals pool set to be revealed ahead of Qatar training camp, friendlies

THE Philippine Azkals will hold a training camp in Qatar this month in preparation for the remaining matches in the third round of the 2022 Fifa World Cup qualifiers set in Suzhou, China.

Philippine Football Federation president Mariano Araneta revealed the development on Wednesday during a virtual press conference following an agreement with his counterparts in Qatar.

The training camp to be held from May 18 to 31 is expected to be a huge boost for the Azkals as restrictions remain in place in the Philippines as far as practices due to the COVID-19 pandemic.

The World Cup qualifier also serves as a qualification tournament for the 2023 AFC Cup, stressing the need to also put on an impressive showing in the China bubble. 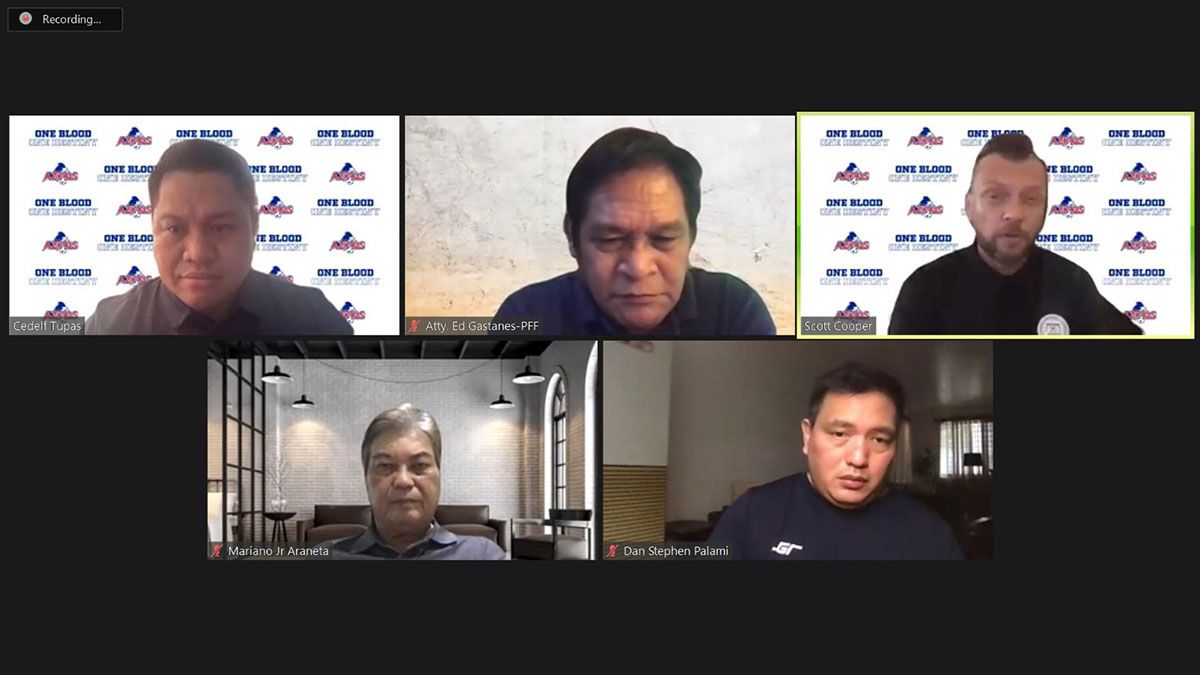 Aside from training, Araneta said the Philippine team will also have friendlies in Qatar.

“We are lucky that there are other teams that will be there also so we can have friendly matches. I think one is Palestine, the other Syria, before we go to China,” said Araneta.

At the moment, the Azkals are still in contention for the World Cup and Asian Cup qualifiers with the team currently in third place in Group A with seven points behind first place Syria (15) and China (7) before play was halted due to the pandemic.

The Philippines will play Guam on June 3, followed by China on June 9, and Maldives on June 15, all at the Suzhou Olympic Sports Centre in China.

Araneta also bared that Qatar is the ideal venue for the training camp since China is also arranging the flights of the teams of all teams that are in Qatar that are bound for the qualification tournament.

Azkals team manager Dan Palami and national team coach Scott Cooper thanked the PFF for making the training camp possible, saying logistics issues that were already inherent in the team even before the pandemic were lessened with the Qatar training camp.

“We are thankful for the PFF for the relations that Mr. Araneta has with Qatar. Otherwise, this is going to be a difficult time for the national team and maybe a nightmare for coach Scott in getting the players together. We are hopeful that the preparatory camp will be a success,” said Palami.

Cooper said: “Any coach especially a national team coach will always try to find the one key thing with is time, a time to get together, time to gel, time to train and coach. During this time, it’s even more difficult."

The training camp will not fall during the Fifa international match calendar window but Palami said some of the players have been given clearance to join the national squad on an earlier date.

“We have, fortunately, fostered good relationships with some of the clubs. Some of their managers have allowed some players to leave earlier than the Fifa international dates,” said Palami, who added they will reveal who will join the camp soon.
___