DOHA, Qatar — Lionel Messi is not ready to walk away from Argentina yet, despite ending his pursuit of a World Cup winner's medal.

The football great secured the one major trophy that has eluded him in his storied career as Argentina beat France, 4-2, on penalties in the final at Lusail Stadium on Sunday.

The match finished 3-3 through extra time with Messi scoring twice and converting his penalty in the shootout.

At 35, this is likely his last appearance in soccer's biggest tournament, but he confirmed after the match that he intends to play on.

"Obviously, I wanted to complete my career with this, (I) can't ask for more," Messi said. "Finishing my career this way is impressive. After this, what else? I have a Copa América, a World Cup. Almost at the very end.

"I love soccer, what I do. I enjoy being part of the national team, the group. I want to enjoy a couple of more matches being a world champion." 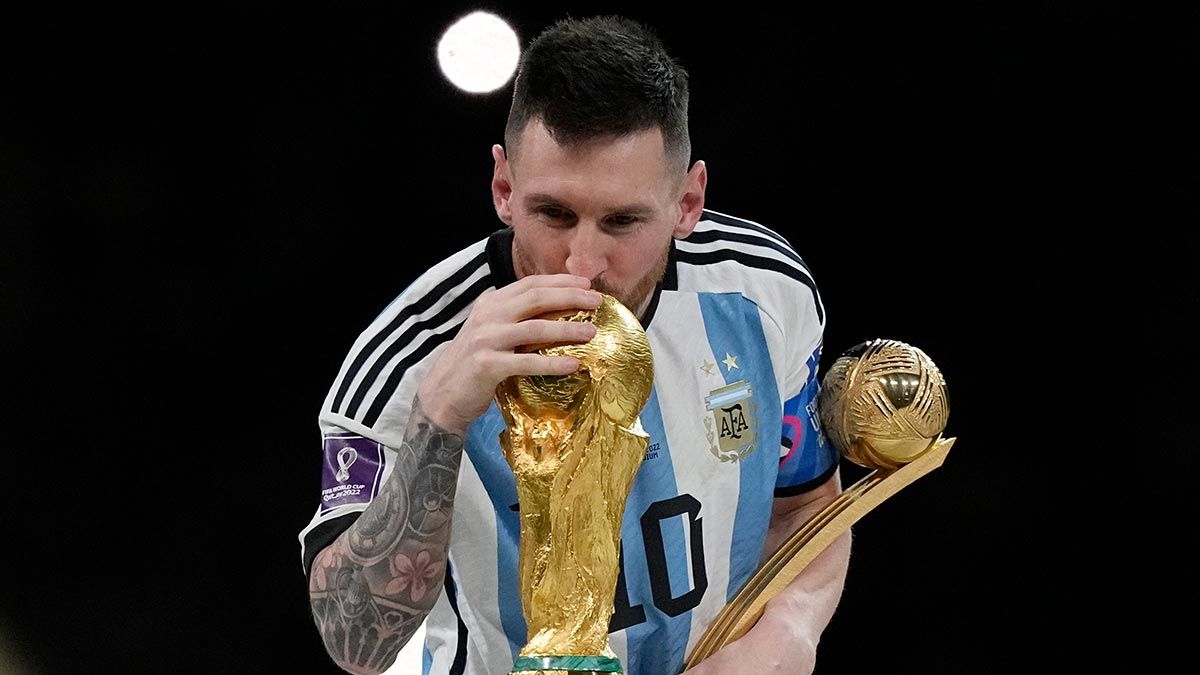 Messi has won the Ballon d'Or award for the best player in the world on seven occasions.

He has also won the Champions League four times with former club Barcelona, but the World Cup is the biggest prize in the sport.

"If he wants to keep playing, he can be with us, he is more than entitled to decide if he wants to stay with us," Argentina coach Lionel Scaloni said. "It's a huge pleasure to coach him, everything that he transmits to his team is unparalleled. It's something I've never seen before."

Messi put Argentina ahead from the penalty spot and played a part in Angel Di Maria's goal that made it 2-0 after 36 minutes.

Mbappé scored two goals in a 97-second span to take the game to extra time,

Messi put Argentina back in front in the 108th minute, but Mbappe's penalty in the 118th saw the Paris Saint-Germain star complete the first hat trick in a World Cup final in 56 years.

"It's just crazy that it became a reality this way. I craved for this so much. I knew God would bring this gift to me, I had the feeling that this (World Cup) was the one," Messi said. "It took so long, but here it is. We suffered a lot, but we managed to do it."