BIRMINGHAM, England — The referee blew his whistle, signaling the return of soccer in England after a 100-day stoppage because of the coronavirus outbreak.

The game could wait another 15 seconds, though.

Instead of kicking the ball inside a silent and virtually empty Villa Park stadium, both sets of players from Aston Villa and Sheffield United — along with the coaching staffs and match officials — took a knee in a show of support for the Black Lives Matter movement and in honor of George Floyd.

It was a poignant way to mark the resumption of the Premier League.

The first match back after the suspension finished scoreless and even though it was marred by an extraordinary technology glitch, it was the opening sequence that was the most memorable moment.

"Both clubs hope that the act of 'taking a knee' will send a strong message of unity and amplify the many messages of support from Premier League players and the wider football family," the two teams said in a statement published minutes after the act. 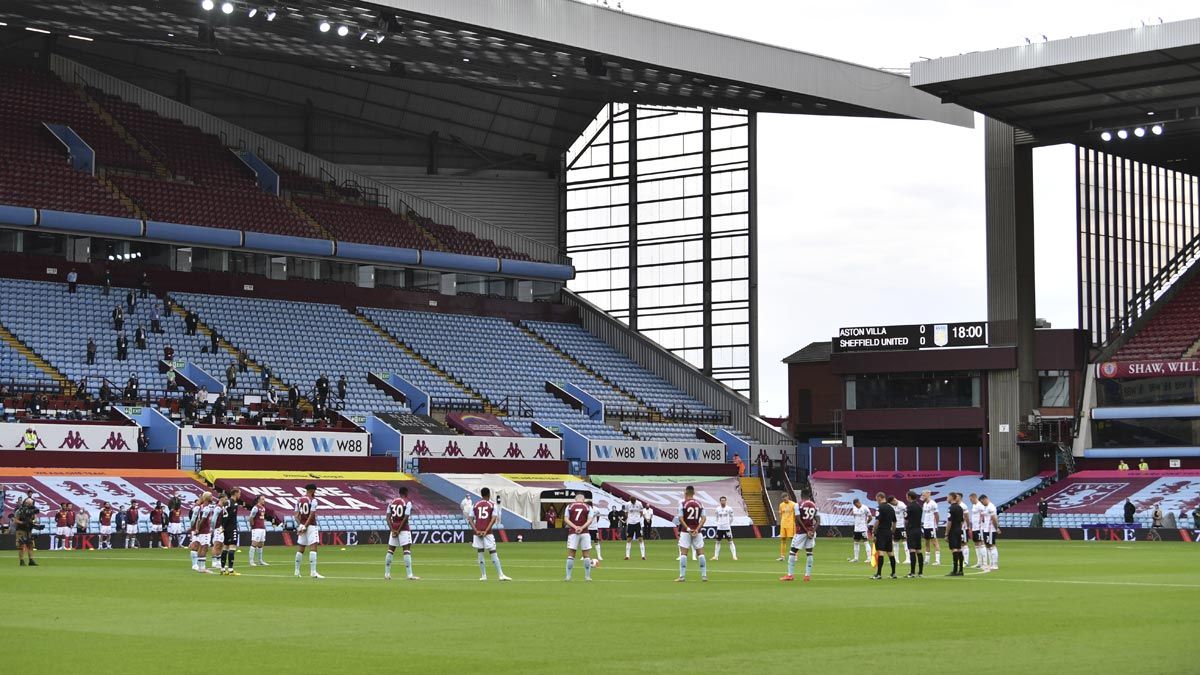 Before the players took a knee, a minute's silence was held in tribute to those who have been killed in the pandemic. There have been more than 40,000 deaths in Britain alone, but soccer still made its return after more than three months.

"It was a really strange afternoon and evening. Quite difficult as well," Sheffield United manager Chris Wilder said. "We were all going into the unknown today."

Wilder ended the game aggrieved that his team did not earn all three points that would have lifted Sheffield United above Manchester United into fifth place, which might secure a place in next season's Champions League because of the two-year European ban handed to second-place Manchester City. That ban is under appeal.

After 41 minutes, Sheffield United midfielder Oliver Norwood swung a dangerous free kick into the six-yard box of Villa's penalty area and the ball was collected by backpedaling Villa goalkeeper Ørjan Nyland. However, Nyland was bundled over the line and into the sidenetting of the goal by a teammate, with replays showing the entire ball had crossed the line.

Referee Michael Oliver didn't award the goal, though, despite the celebrations of Sheffield United's players that reverberated around the stadium. Instead, the official pointed to his watch, suggesting it hadn't vibrated to signal that a goal had been awarded by Hawk-Eye. 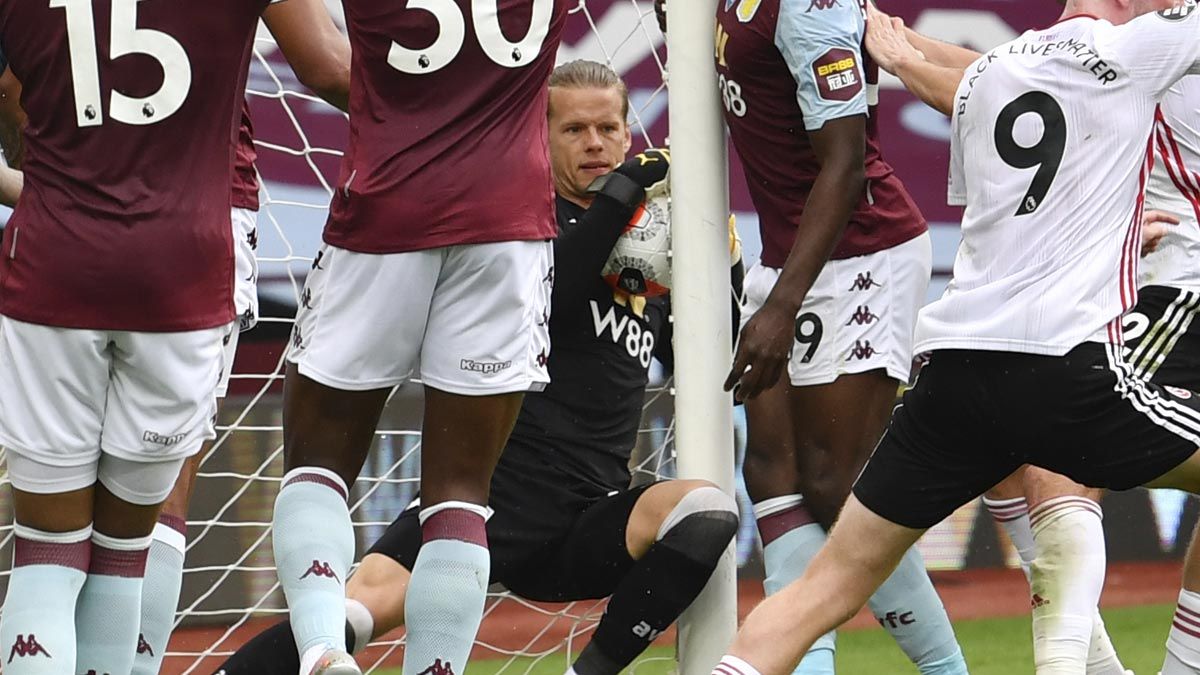 Hawk-Eye said the view of its cameras had been blocked by the players and the goal post.

"This level of occlusion has never been seen before in over 9,000 matches that the Hawk-Eye Goal Line Technology system has been in operation," the company said in a statement.

"I don't know whether to laugh or cry," he added.

Sheffield United climbed to sixth place and a point behind Man United.

Villa stayed in next-to-last place, a point adrift of safety. It has now played the same number of games — 29 — as the other teams battling against relegation.