NAPLES, Italy — Dries Mertens set a club record by scoring the decisive goal as Napoli advanced to the Italian Cup final after drawing with Inter Milan, 1-1, on Saturday.

In both sides' first match in more than three months due to the coronavirus pandemic, Inter took an early lead when Christian Eriksen scored directly from a corner kick.

Mertens equalized before the break by finishing off a splendid counterattack, and eclipsed Marek Hamsik as Napoli's leading scorer with his 122nd in all competitions.

Napoli advanced 2-1 on aggregate inside an empty San Paolo Stadium, having won the first leg 1-0 in February.

"We wanted to reach the final at all costs," Napoli captain Lorenzo Insigne said. 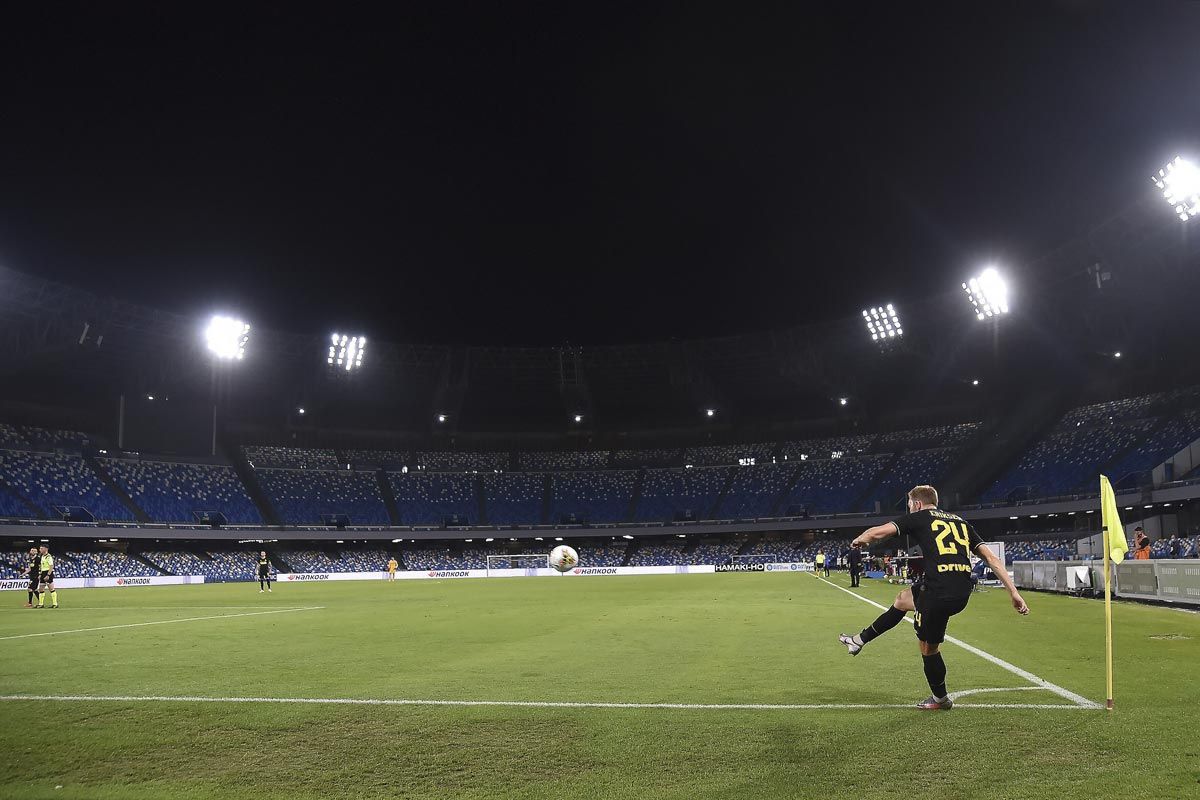 In the final on Wednesday in Rome, Napoli will face Juventus, which eliminated AC Milan on away goals on Friday in the first match of Italian soccer's restart.

No games had been played in the country since March 9.

Before kickoff, a minute of silence was observed to mourn the more than 34,000 people who have died from the virus in Italy. Three medical workers wearing white lab coats stood at midfield surrounded by the teams on the center circle.

After the minute, Napoli coach Gennaro Gattuso looked to the sky — likely remembering his younger sister, Francesca, who died last week from diabetes.

"We dedicate this win to him," Insigne said of Gattuso. 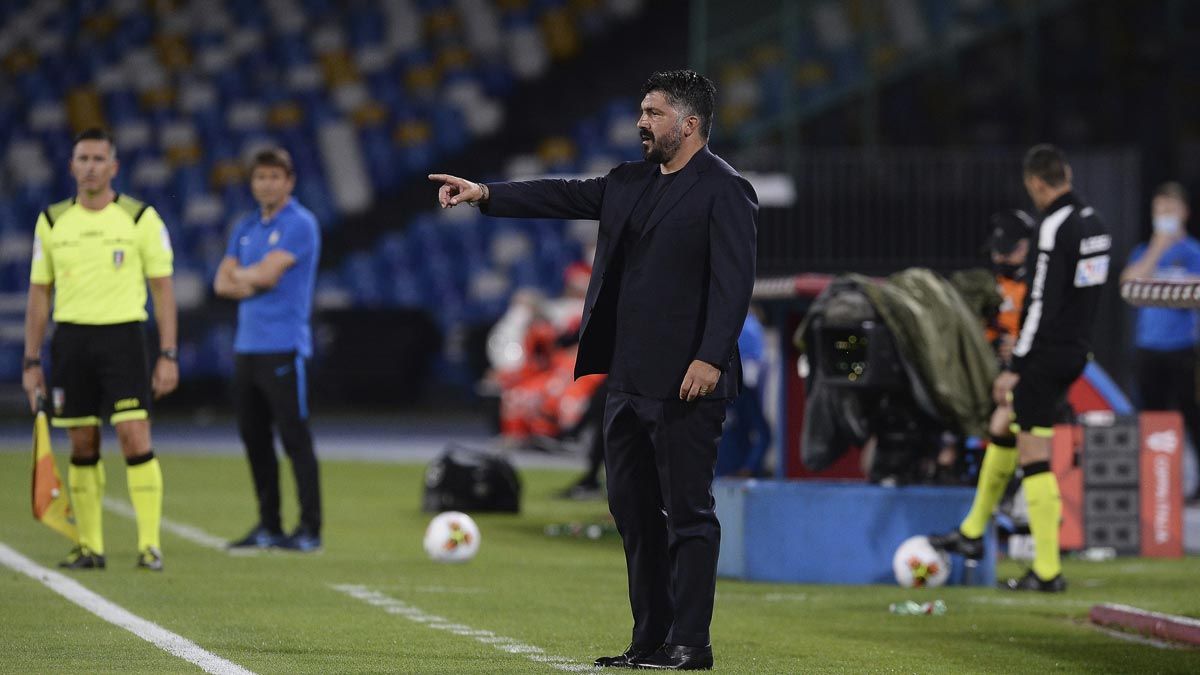 Gattuso dedicated the victory to his sister and parents.

"It wasn't easy today after 95 days. Everything was strange about this experience," Gattuso said. "When we did get back to training, it was individually then in tiny groups with social distancing. There were muscular issues. It was like training during the end of the world.

"We lost thousands of people. The world has changed. Even coming to the stadium with masks and sitting far away from people in the street — all of it is strange. (But) none of it compares to the devastation of losing so many people."

During the warmup, Inter players wore armbands that read "#NoToDiscrimination"

Napoli goalkeeper David Ospina was caught off guard when Eriksen's corner found its way through traffic and went through his legs two minutes in.

But Ospina redeemed himself with difficult saves and set up Mertens' goal with a splendid long ball to Insigne.

It was such a swift counterattack that referee Gianluca Rocchi had to be treated with a spray on the sideline for an apparent muscular problem.

"We try this play often in training," Insigne said.

While Eriksen was more cautious to observe social distancing after his goal, Mertens jumped into Insigne's arms to celebrate his exploit.

On Napoli's all-time scoring list, Mertens moved seven goals ahead of Diego Maradona, who is third.

Mertens is also due for a contract extension, Napoli sporting director Cristiano Giuntoli confirmed before kickoff.

Napoli is attempting to win its sixth Italian Cup and first since 2014. The title would also provide Napoli with direct entry into the Europa League group phase -- a welcome prospect amid a difficult Serie A season that saw Gennaro Gattuso replace the fired Carlo Ancelotti as coach in December.

Napoli is also still to play the return leg of the Champions League round of 16 against Barcelona, following a 1-1 first leg.