GERRIT Holtmann arrived in Mongolia on Thursday morning to join the Philippine Azkals in the 2023 AFC Asian Cup qualifiers.

Gerrit Holtmann ahead of Azkals debut

Holtmann is scheduled to make his Azkals debut on Saturday against Mongolia, days after the team started their campaign in the qualifiers where they settled for a scoreless draw. Holtmann only arrived on Thursday after his recent wedding.

The Philippine football community is abuzz with the much-anticipated debut of Holtmann, who plays for VfL Bochum in the German Bundesliga. Holtmann has five goals so far for his club in the 2021-2022 season.

But Azkals coach Thomas Dooley is tempering expectations about the arrival of Holtmann to the team and its chances to advance into the tournament proper next year.

“Obviously, it is difficult when you have the last game played three weeks ago and you get married, couldn’t train that much the last couple of weeks. But he still wants to be a part of it and help as much as he can,” said Dooley, during media availability with Filipino reporters via Zoom on Thursday. 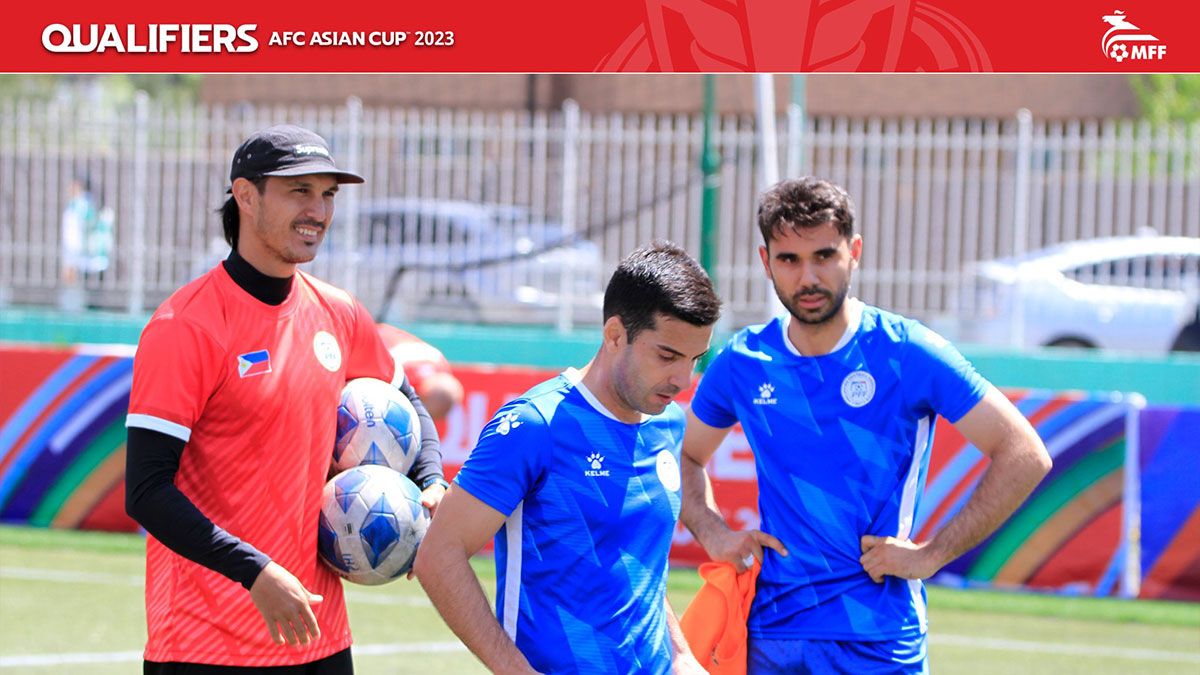 Dooley said Holtmann trained with the team on Thursday just hours before arrival, but admitted he still needs more time to recover from jetlag and be accustomed with his teammates.

“It is difficult. Maybe he never played on a turf field like we have here. The turf we have here is different than the ones that we also have in the Philippines… In Germany, nobody plays in fields especially the professionals. They play on grass. It’s a totally different game for him.”

“Anybody expecting to join the team and now, we are fine, we will be scoring a lot of goals because he is a Bundesliga player is wrong. He needs time like everybody else. Players don’t know him. He doesn’t know the other players. There’s still a time change that he has. He just arrived after like 14, 15-hour flight. The last training session that he had was days ago,” said Dooley.

Dooley said the 27-year-old Holtmann is excited to help the team.

“I had a conversation with him this morning. We had breakfast together and we were talking a little bit. He is very excited to be here,” said Dooley.

Holtmann’s Azkals debut was delayed after he missed the last international window due to COVID-19.

“Now, he really wanted to come over and play with us. He is really very excited to be part of this team,” said Dooley.

“But to expect from him that we will be going to win games because he is there, obviously, that’s too much. We have to be realistic,” said Dooley.