Arkadiusz Milik converted the decisive spot kick in a penalty shootout as Napoli won its sixth Italian Cup following a scoreless draw with Juventus on Wednesday.

Ronaldo was likely Juventus' last penalty taker but after Paulo Dybala had his shot saved and Danilo blasted high over the goal, the five-time Ballon d'Or winner could only stand at midfield and watch as Napoli won the shootout 4-2.

Afterward, Ronaldo appeared on the verge of tears.

"He was a little sad at the result," explained teammate Juan Cuadrado. "It's always a lottery when it goes to penalties." 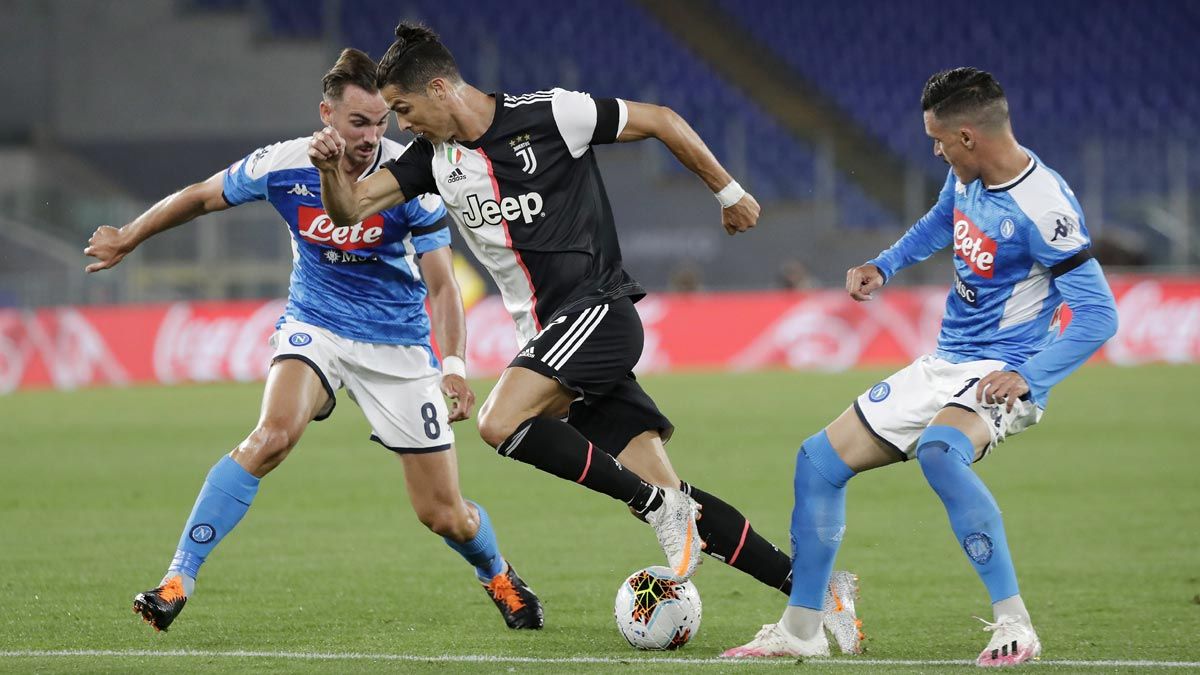 Ronaldo had a good look at the goal five minutes in but his effort was pushed away by Napoli's second-choice goalkeeper Alex Meret. As the match wore on, he made less of an impact.

Juventus coach Maurizio Sarri said Ronaldo is struggling to regain his famous acceleration speed after the shutdown forced by the coronavirus pandemic.

"Unfortunately that's normal when you're not playing games," Sarri said.

The game went straight to penalties without extra time being played — a precautionary measure for players still getting back into shape in only their second match of the restart.

In the first half, Napoli captain Lorenzo Insigne hit the post with a free kick.

Juventus controlled most of the possession but Napoli had the better chances as Juve's 42-year-old goalkeeper Gianlugi Buffon made a series of difficult saves — until the shootout.

Napoli was in complete disarray when Gattuso was hired in December amid a player mutiny over a forced training camp ordered by club president Aurelio De Laurentiis.

"Life and especially football has given me so much more than I gave to it," said Gattuso, who besides a trophy-laden career with AC Milan also played on the Italy team that won the 2006 World Cup. "In life, you always think of your parents and family first, so naturally what happened is hard to accept. 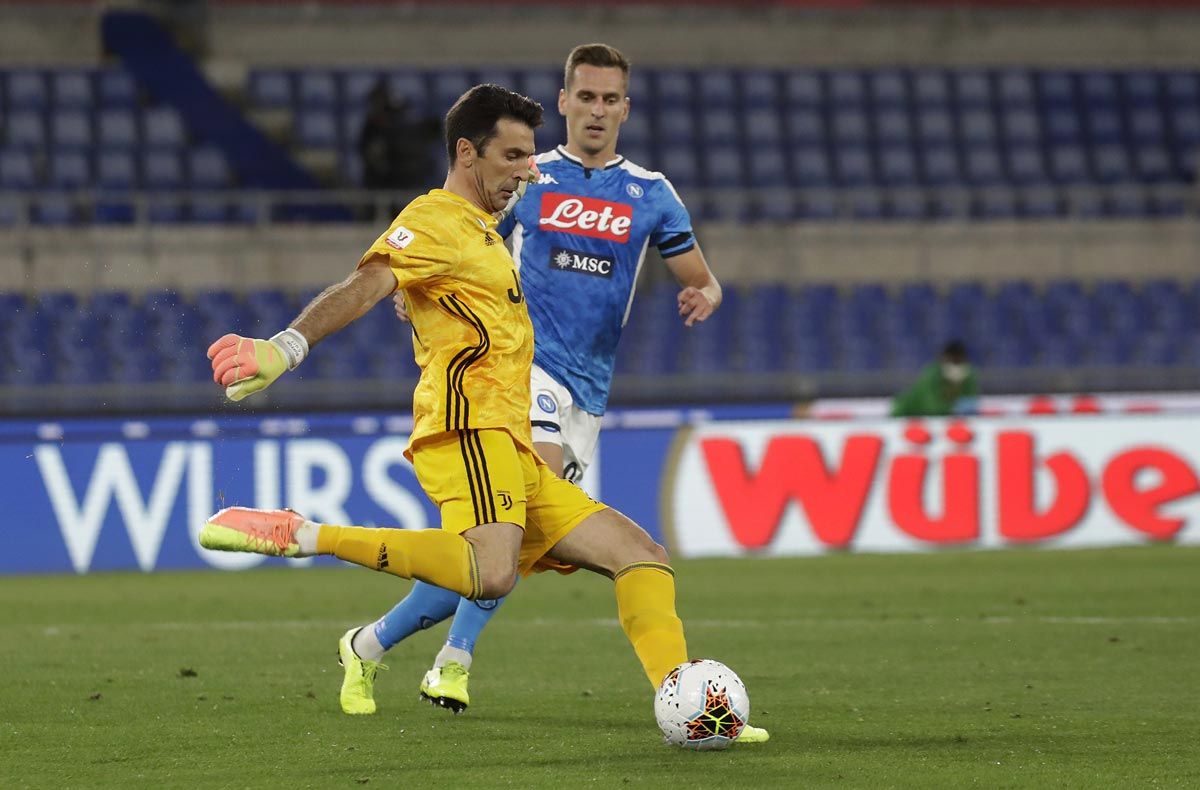 "I have such passion for football, I know that I can't let go even for a second."

While it was played in an empty stadium, the final was another sign of the return to normalcy in a country hard-hit by the coronavirus.

The game was broadcast nationally on free-to-air RAI state TV and was expected to draw a large audience.

"I strongly wanted soccer to restart with the Italian Cup," said sports minister Vincenzo Spadafora. "Tonight isn't merely a final. It's a message of renewal for the entire country."

The arena grew even quieter when the teams stood at the center circle for a minute of silence before kickoff to honor the virus victims.

"The country needs to bounce back and sports will be a motor for economic and social renewal," Spadafora added. 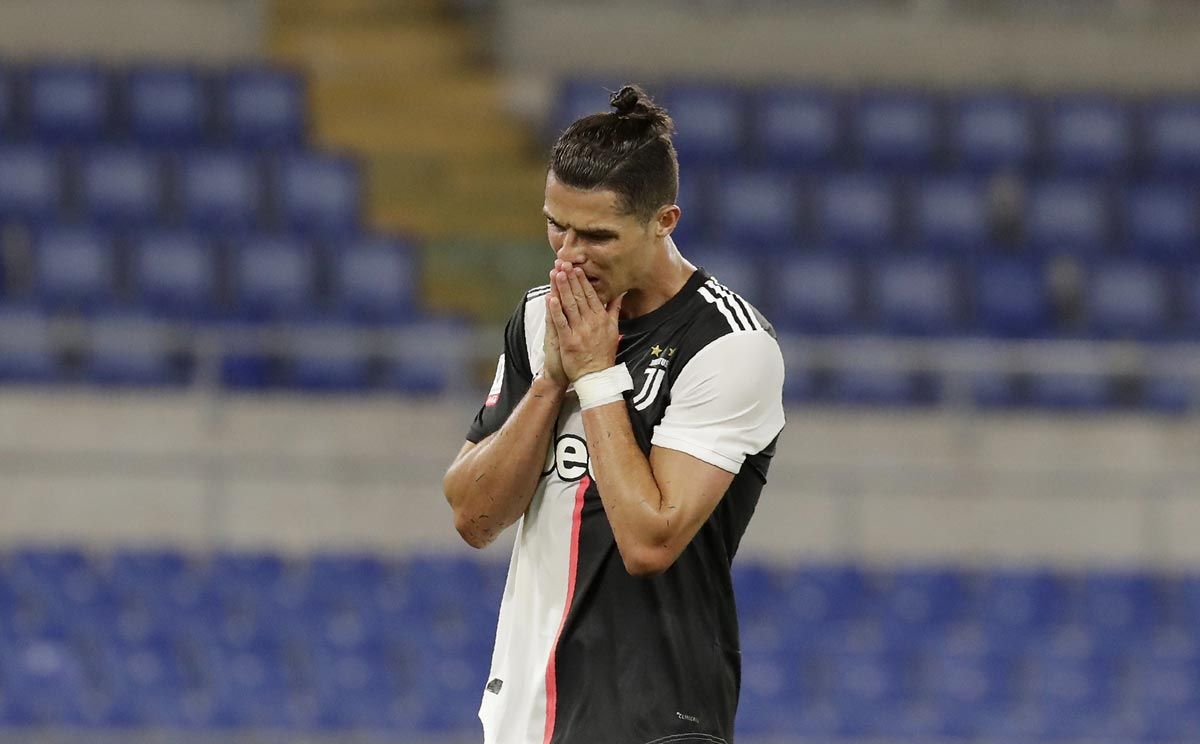 After a break of more than three months, soccer restarted in Italy last week with the second legs of the semifinals.

The final was originally scheduled for May 13.

The title provides Napoli with direct entry into next season's Europa League group phase. The Partenopei, though, still have to play the second leg of this season's Champions League round of 16 against Barcelona.

Meret, playing for the suspended David Ospina, set the tone for the shootout by blocking Dybala's effort on the first spot kick.

"Gigi (Buffon) is still the No. 1. He proved that tonight with three or four huge saves," Meret said. "It's an honor for me to play against someone who was and is still my idol, so that makes it all the more special."

It's the second trophy that Juventus has missed out on this season after losing to Lazio in the Italian Super Cup in December.

But Juventus remains the favorite for a record-extending ninth straight Serie A title with a one-point lead over Lazio, and is also still in the Champions League.