Held from November 22 to 24 at the Jose V. Yap Sports and Recreational Complex in San Jose, Tarlac, the Luzon Cup is the third of a series of football tournaments spearheaded by NOFA for Under-12 / Under-13 boys.

The first two, the NOFA Cup (in its fourth edition) was held last summer and the second, the Mindanao Cup was held last October. It was also Bukidnon FA that topped that Mindanao Cup and their feat qualified them for a berth at the Luzon Cup. 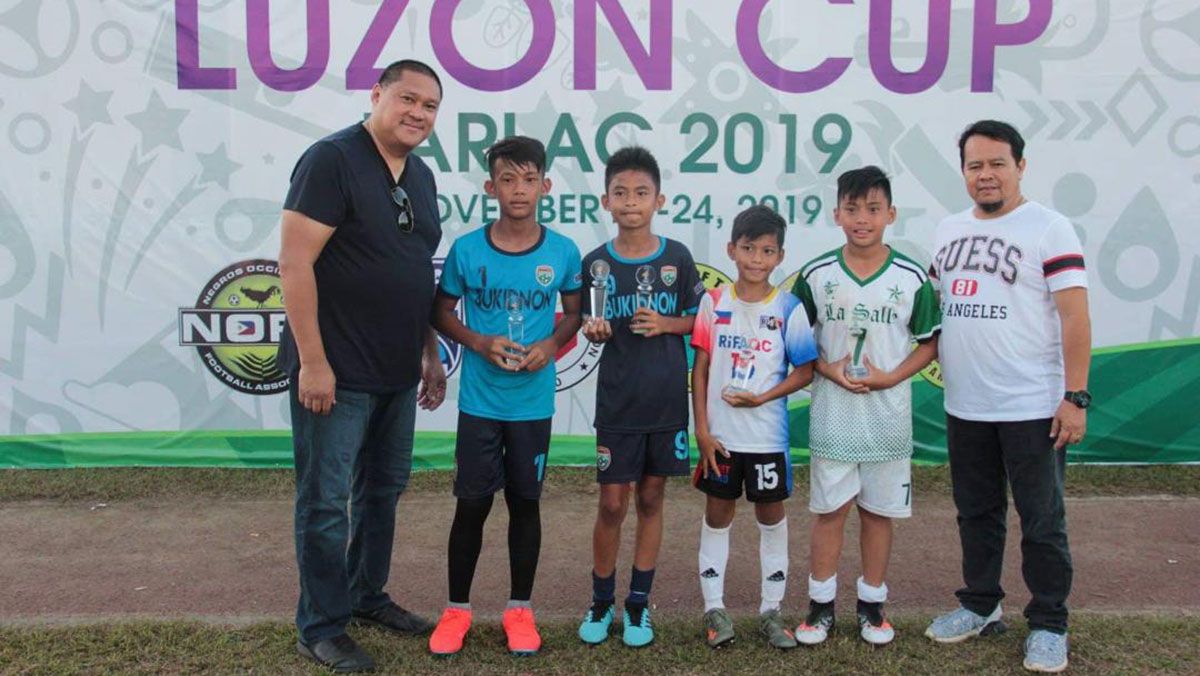 “I know in his heart, he wants to develop the young players so they can one day play for the national team,” Mr. Yalung said of Mr. Yanson.

A number of teams, such as those from Camarines Sur, Pangasinan, and Tuguegarao traveled by land for many hours in order to be part of the tournament.

“Because the Luzon Cup is a very good platform… it is a true platform for true grassroots development,” said Tuguegarao City Football Club head coach Ricky Enolva to explain their participation.

Pangasinan United FC head coach Floyd Jefferson agreed. “The Luzon Cup is very good for local teams, especially for those of us coming from North Luzon. The level of competition is very high which is kailangan ng mga bata.”