DEFENDING champion Bayern Munich returned to action Sunday with a 2-0 win at Union Berlin as the restart of German football continued in empty stadiums.

Players' shouts echoed off the rows of concrete terracing around Union's stadium as Bayern moved closer to an eighth straight league title.

"It's important that we are satisfied with it but that we don't ease up now," Rummenigge told broadcaster Sky, adding that football should stay "disciplined" to keep German politicians on side. "It allows colleagues in other countries to hope that they will also be allowed to start playing again some time."

As at all games in the Bundesliga this weekend, players wore masks when not on the field and substitutes sat apart from one another in the stands. Police were stationed outside stadiums to deter any gatherings.

Bayern goalkeeper Manuel Neuer said it was "a question of motivation, of attitude" to succeed without fans in the stadium and that the game seemed to take longer than usual. "The minutes are always very long at a game without fans," Neuer said. 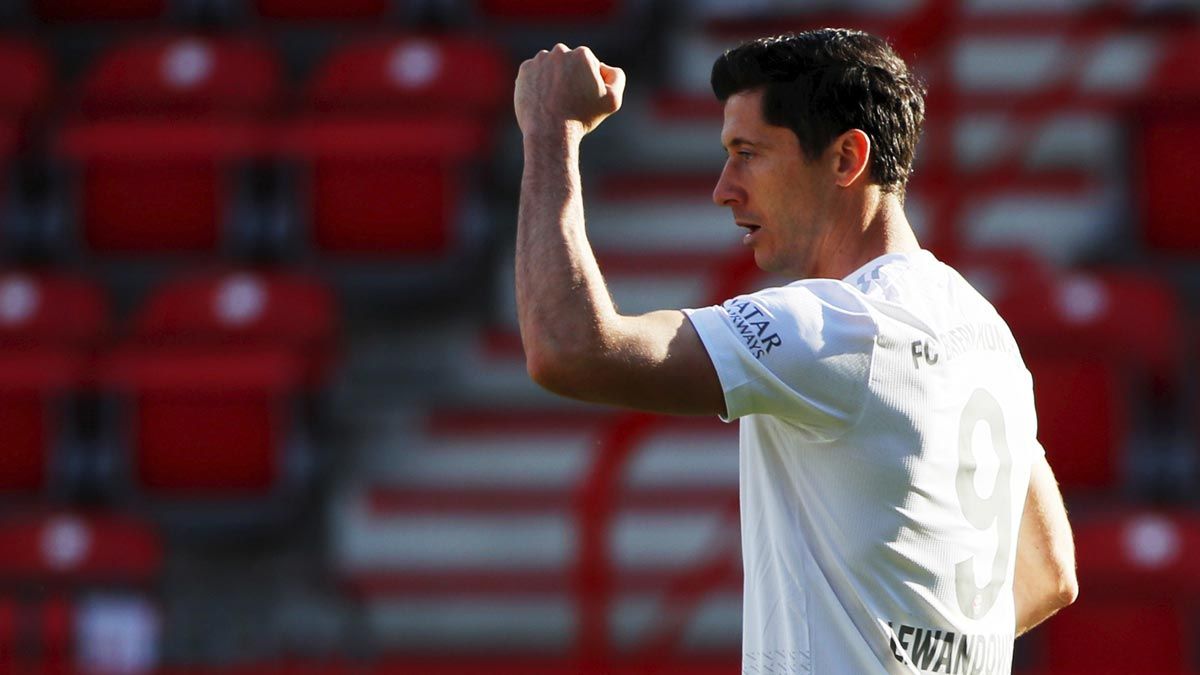 Bayern midfielder Thomas Müller wondered if his team had "a small advantage" because Union couldn't play in front of its normally fervent home crowd. Across eight Bundesliga games Saturday and Sunday, only one ended with a win for the home team, Borussia Dortmund, which beat Schalke, 4-0, on Saturday.

Robert Lewandowski gave Bayern the lead with a penalty in the 40th minute following a mistimed challenge by Union's Neven Subotic. It was Lewandowski's 40th goal of the season in all club competitions. Union held off Bayern for most of the second half but Benjamin Pavard scored a second in the 80th.

Bayern restored its four-point lead over second-place Dortmund with eight games left. Dortmund hosts Bayern on May 26 in a game which could shape the title race.

Union played without head coach Urs Fischer, who had traveled to be with his family following the death of his father-in-law. The club said Fischer would only take charge of training again after he tests negative for the coronavirus twice.

Earlier, more than 1,000 Cologne fans lent shirts and scarves to a "lucky charm" support display in the stands for their team's 2-2 draw with Mainz. Elsewhere in the city, posters were displayed attacking the restart, which some Cologne fan groups have strongly criticized.

Not everyone followed advice on "socially distanced" celebrations.

Cologne and Mainz's players marked their goals with restrained elbow bumps, but second-division Osnabrück's players and substitutes hugged in jubilation after scoring a stoppage-time goal to earn a draw against leader Bielefeld. 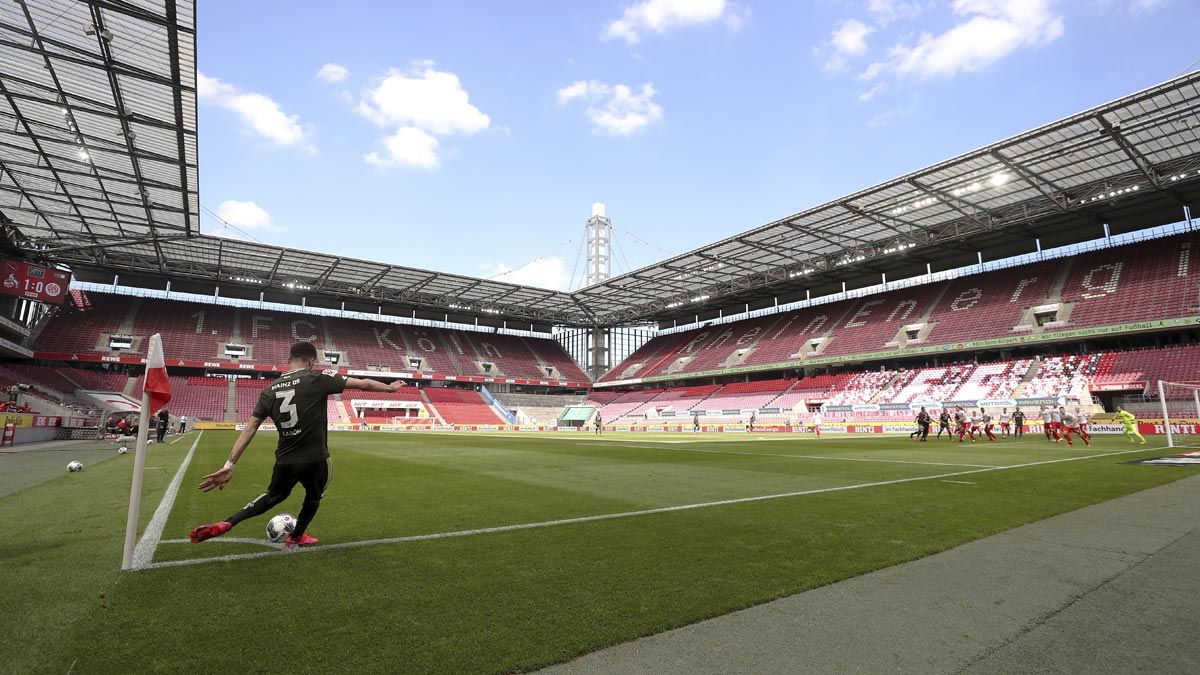 It was the first home Bundesliga game in 12 years for Cologne without its traditional live goat mascot. Game regulations bar mascots so Hennes IX was kept at his pen in the zoo, though he was briefly shown on a video screen before kickoff.

Fan groups are split over the restart, much like German society in general. Many clubs have allowed fans to put banners in the empty stands for games. Some groups have taken the opportunity to call for changes in how German soccer is run.

St. Pauli, a second-division team with a largely left-wing fan base, played Sunday with a large banner along one side of the field reading, "Soccer lives through its fans. Reforms now." On Saturday a banner at Augsburg read, "Soccer will survive, your business is sick!"

Polls conducted by German broadcasters ahead of the restart consistently indicated that more Germans opposed resuming games than supported the plan.

Hertha Berlin faced a backlash over its players' hands-on celebrations in its 3-0 win over Hoffenheim on Saturday. The influential state governor of Bavaria, Markus Söder, suggested the players should have avoided bodily contact as other teams did.

Hertha coach Bruno Labbadia defended his players , saying it was hard to suppress emotions and players couldn't be treated "like a church choir." The league discourages players celebrating together but won't punish them if they do.

One game was missing from Sunday's schedule. Dynamo Dresden's visit to Hannover in the second division was postponed after two Dynamo players tested positive for the coronavirus last week. The entire squad and staff must spend 14 days in isolation.