In front of a masked, socially distanced crowd, Benjamin Pavard scored the only goal in the 59th minute in a comfortable game for the Champions League winner against Mexico's Tigres, the first team from North and Central America to reach the world final.

Müller wasn't there to celebrate with the team, though. Bayern and FIFA said he was moved into isolation after his positive test was revealed. Their statements didn't address how Müller might have been infected or whether any other players had close contact with him.

"It's a shame he can't be here and I hope he's back soon," striker Robert Lewandowski said in televised comments. "In football something like this can happen and you have to not accept it but adapt to it, and show your best football." 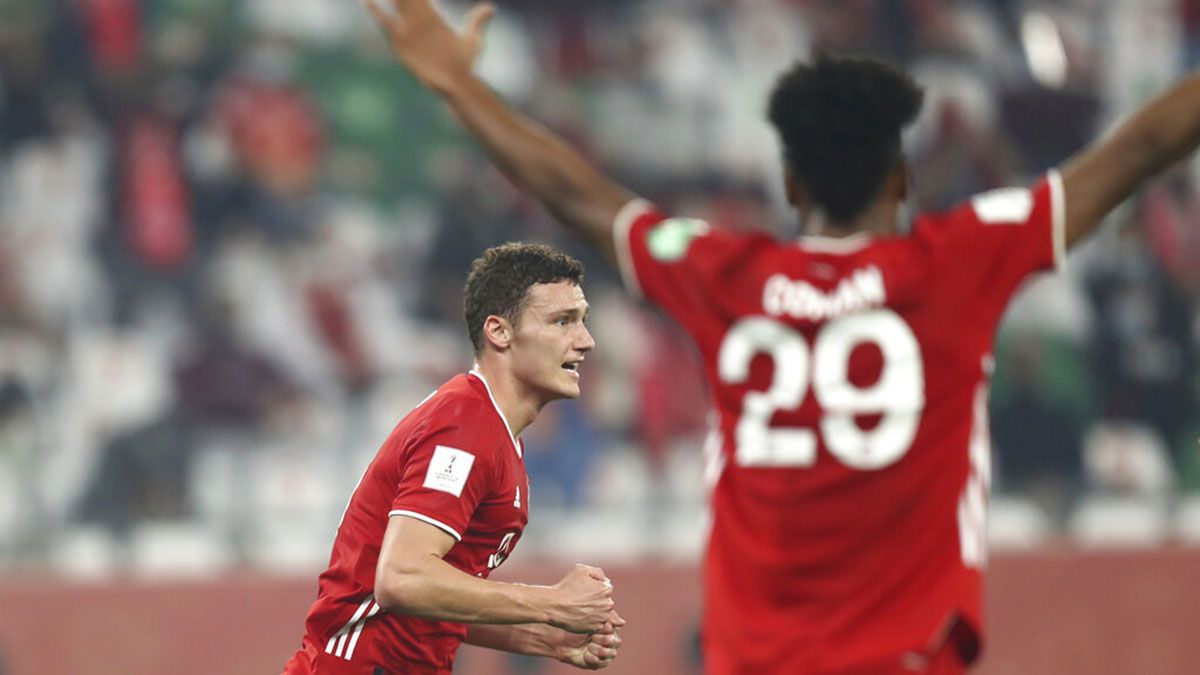 Benjamin Pavard celebrates after scoring the only goal that mattered.

Bayern adds the title to its haul of the German league and cup, the Champions League and the European and German Super Cups under Flick within the last year.

Two video reviews changed the course of the game. The first ruled out a goal after deeming that the offside Lewandowski was interfering with play when he jumped over Joshua Kimmich's goal-bound shot in the 18th minute.

The second review gave Benjamin Pavard the opening goal, overturning another offside call against Lewandowski, who had challenged the goalkeeper before the ball bounced free for Pavard to knock into the net.

Both teams had players who featured in Mexico's surprise win over Germany at the 2018 World Cup. A similar upset was never on the cards. Tigres came closest to scoring in its own net when a misplaced headed backpass was stopped on the goal line by keeper Nahuel Guzmán.

Bayern's win extended Europe's run of consecutive Club World Cup wins to eight, highlighting European clubs' vast financial advantage over the rest of the world. Leroy Sané could have scored another for Bayern, but his 34th-minute shot brushed the bar on its way over.

Egyptian club Al Ahly secured third place with a 3-2 win on penalties over South American champion Palmeiras after the game finished 0-0. The format didn't include extra time. Al Ahly's third place was the best result by an African team at the Club World Cup since Morocco's Raja Casablanca lost the 2013 final to Bayern Munich.