Barcelona held to draw by Real Sociedad ahead of El Clasico

MADRID — Barcelona's last match before the "clásico" against Real Madrid ended with the Catalan club claiming it should have been awarded a late penalty in a 2-2 draw against Real Sociedad on Saturday.

The dropped points could cost Barcelona the Spanish league lead as it gives Madrid a chance to go into Wednesday's match at Camp Nou Stadium with a two-point lead — if it beats Valencia on Sunday.

Barcelona was expected to file a formal complaint to the Spanish soccer federation over the incident. Real Sociedad defender Diego Llorente appeared to pull down Gerard Piqué by his jersey in stoppage time, but the referee — and video review — didn't make the call. Real Sociedad's first goal came on a penalty awarded in a similar situation, as Sergio Busquets grabbed Lllorente's jersey in the box.

"The one on Gerard was clearer than mine," Busquets said. "If the referee saw the first one, he had to see that one as well. I think he saw it, but didn't want to make the call." 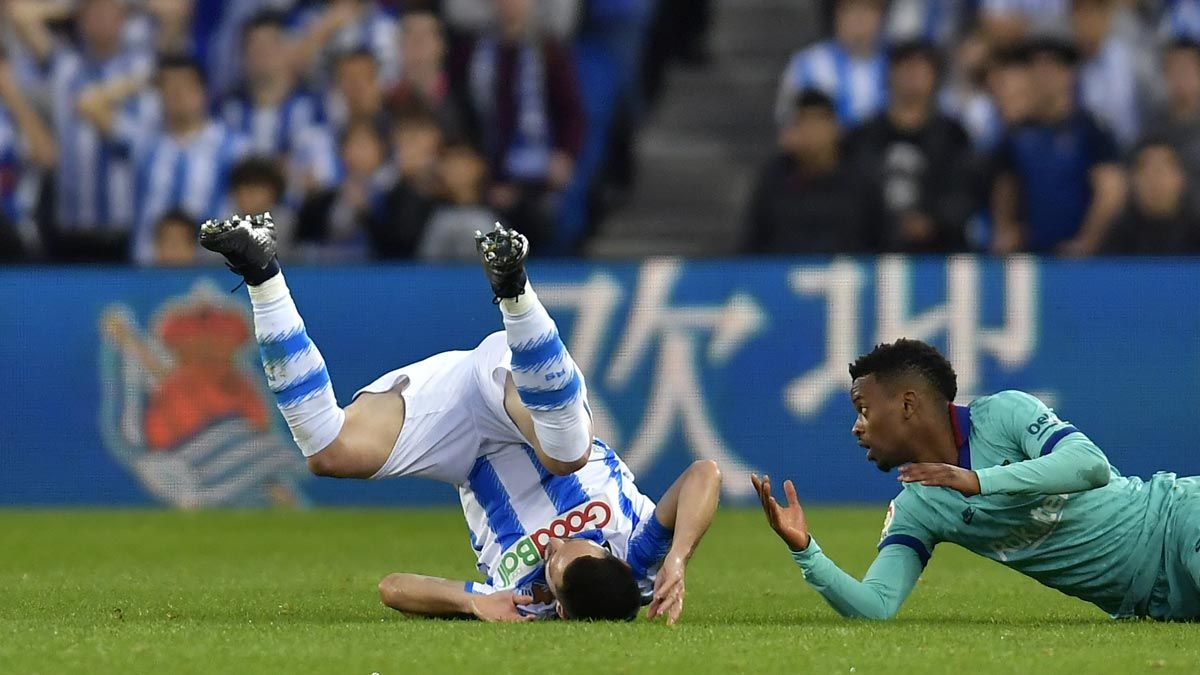 Spanish powerhouses Madrid and Barcelona will meet for the first time this season in a match postponed from October because of a separatist rally in the Catalan capital.

"We don't know whether we will still be leaders or not, that's out of our hands now," Busquets said. "But we will enter the match with good momentum. We have been improving and we'll be playing at home."

Barcelona, which had won nine of its last 10 league games, was outplayed during most of the match at Reale Arena. Fourth-place Sociedad creating most of the scoring chances and restrained Barcelona, which was in control for short periods of the game but couldn't capitalize on its chances to seal the victory.

"We are upset despite a draw against a team like Barcelona," Real Sociedad coach Imanol Alguacil said. "We did more than they did, we could have taken the three points." 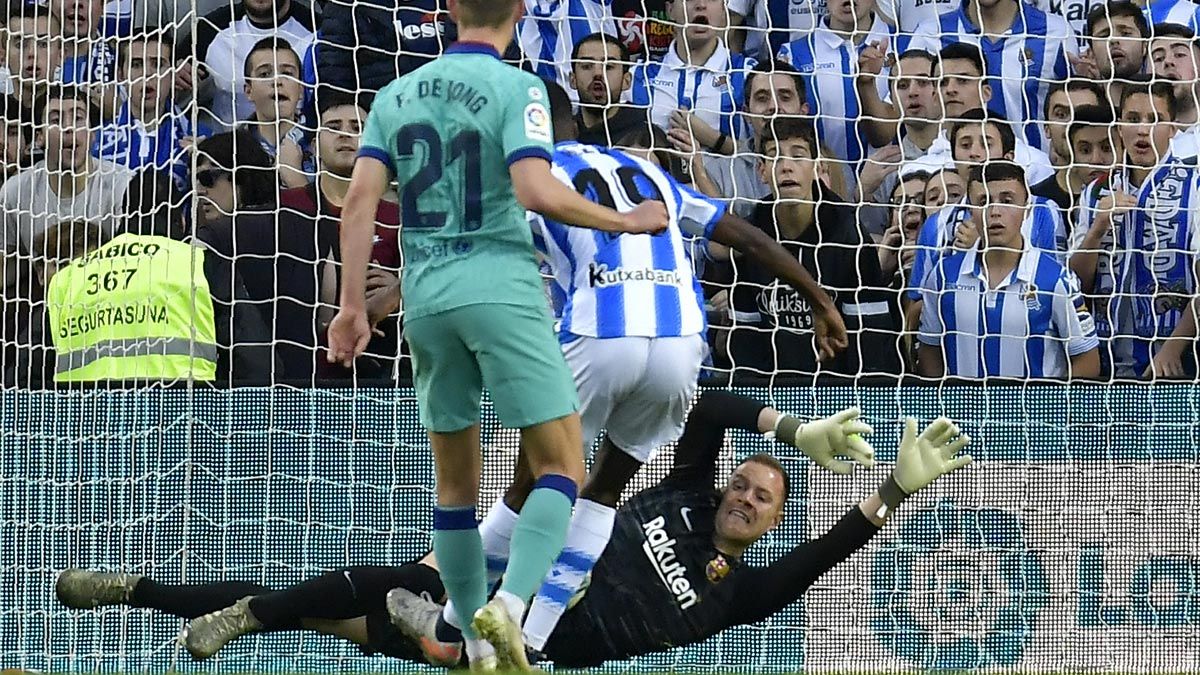 Mikel Oyarzabal opened the scoring for the hosts by converting a 12th-minute penalty kick after Busquets was caught grabbing Llorente inside the area.

Barcelona recovered with two fast breakaways, one late in the first half and another soon after the break.

Griezmann equalized in the 38th by flicking the ball past goalkeeper Álex Remiro from inside the area. Griezmann, who played nine seasons with Real Sociedad, didn't celebrate his goal.

"I have a lot of respect for those who have given me everything," said Griezmann, who has scored three goals in his last five matches.

Suárez put the visitors ahead in the 49th with a strike into the open net after a short pass by Messi.

The hosts equalized in the 62nd with a close-range shot by striker Alexander Isak after Barcelona goalkeeper Marc-André ter Stegen couldn't fully clear a cross.

Oyarzabal had also scored the last time Real Sociedad beat Barcelona, in a league match back in 2016.

Barcelona had won seven straight matches against Real Sociedad in all competitions.

Athletic Bilbao was held by Eibar to a 0-0 home draw in a match between two Basque Country teams.

It was the second winless game in a row for sixth-place Athletic, which hadn't been held scoreless in four straight league games.

The hosts had a late goal called off by video review.

Bardhi scored with a shot from outside the area in the 89th minute.

Rubén Rochina had put Levante ahead in the 55th, with Darwin Machís equalizing for the hosts five minutes later.

Levante moved to 11th, one point behind Granada.