BARCELONA, Spain — Barcelona will rest its hopes in the "clásico" on a young player who until recently was unreliable in the clutch. So will Real Madrid.

The teams meet on Saturday in Madrid for a match that will have a big impact on the Spanish league title race.

Barcelona is only one point adrift of struggling leader Atlético Madrid, which visits Real Betis on Sunday. Madrid is right in the mix in third place, two points behind Barcelona.

Barcelona forward Ousmane Dembélé appeared to be hopelessly prone to injury before this season, while Madrid winger Vinícius Júnior had developed the maddening habit of failing to finish off his scoring chances. 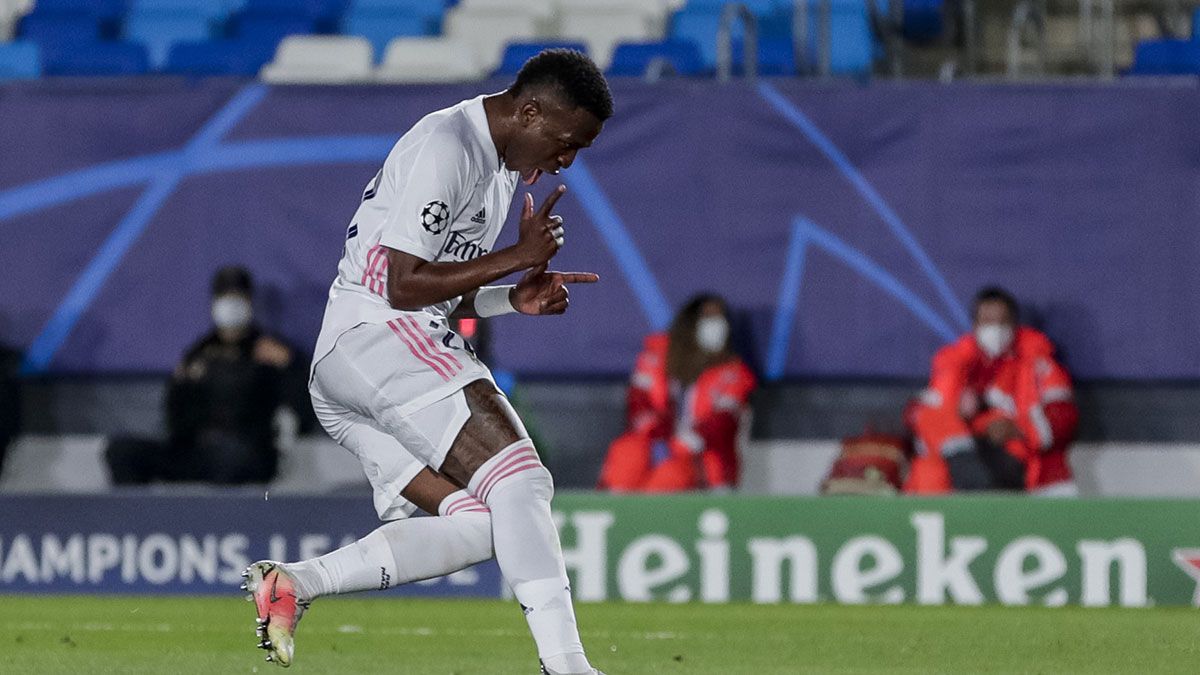 That was before stellar performances by both earlier this week.

Before this season, the 23-year-old Dembélé had been written off as a bust. Reeling from the unwanted exit of Neymar to Paris Saint-Germain in 2017, Barcelona acquired Dembélé after paying Borussia Dortmund a then-club record 147 million euros (then $173 million), including add-ons.

Accused of having overpaid for the untested player, club officials lauded Dembélé's ability to pass and shoot equally well with both feet and his one-on-one dribbling ability. But a series of injuries cost the Frenchman a total of 80 games in his first three campaigns at Camp Nou.

That has all changed since Ronald Koeman took over as coach last year and Dembélé altered his fitness training.

"Physically, when I got to the club I was very fragile," Dembélé said last month. "Here I have progressed a lot with the trainers and fitness coaches. My way of preparing myself for games … everything has changed."

At first criticized for not fitting into Barcelona's passing style, Dembélé is now credited with diversifying Barcelona's attack with his solo efforts and unbridled confidence to shoot from long range.

The winger has only missed five games this season, and his 10 goals make him the team's third-leading scorer behind Lionel Messi (29) and Antoine Griezmann (14). None was bigger than Dembélé's 90th-minute volley to snatch a 1-0 win over Valladolid on Monday that tightened the title race.

"(Dembélé)'s progress this season has been very good," Koeman said after the win over Valladolid. "He has improved a lot. The key has been his ability to stay on the field."

Dembélé will very likely start alongside Messi at Alfredo di Stéfano Stadium, where he will face a Madrid team without injured centerback Sergio Ramos.

On the other side of the ball, a young Brazilian dressed in white will be trying to pick apart Barcelona's backline with his blistering speed.

In a departure from years of huge star signings, Madrid took a chance on the budding Vinícius in 2018 when it paid Flamengo 45 million euros (then $50 million) when he was only 17 years old. After a brief spell with Madrid's reserve team, he was thrust into the limelight at 18.

His hunger to impress won praise at first, but he soon became known for his poor finishing. Again and again, he would blow by defenders only to scuff shots wide or push the ball into the hands of the goalkeeper.

Then came his performance on Tuesday, when Vinícius outplayed Liverpool defender Trent Alexander-Arnold by scoring twice in a 3-1 victory in the first leg of the Champions League quarterfinals.

"We know what a player Vini is when he has space," Madrid coach Zinedine Zidane said. "I am happy for him. He needed to score to boost his confidence."

Beyond his six goals this season, Vinícius causes havoc in opposing defenses with his runs and creates room for striker Karim Benzema, who leads Madrid with 24 goals.

Vinícius also knows how to score against Barcelona. He struck in a 2-0 win over the Catalan team in their last visit to the capital.

"People outside of the club criticize me, but I keep working hard," the 20-year-old Vinícius said after his two goals against Liverpool. "That gives me the strength to arrive at an important moment like this and score the goals that the team needed."