BARCELONA, Spain — Barcelona was held at Sevilla to 0-0 on Friday for its first stumble since the resumption of play in the Spanish league following a three-month stoppage for the COVID-19 pandemic.

The slip gives Real Madrid the chance to pull level atop the Spanish league with Barcelona. Madrid trails Barcelona by three points before it visits Real Sociedad on Sunday to complete round 30 of 38. Madrid holds the head-to-head goal difference with Barcelona in the case of a tie. 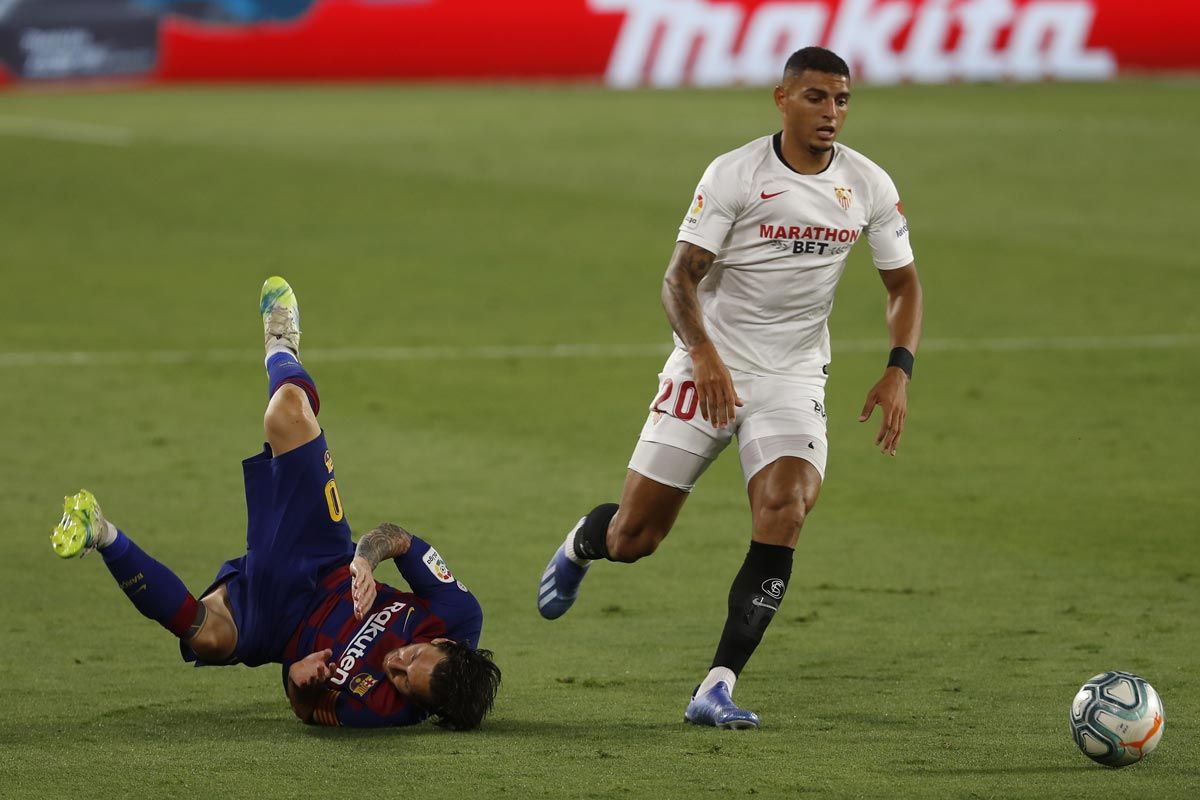 Coach Quique Setién, however, said the fight was far from over.

"We knew beforehand that it would be difficult to win all the games left, practically impossible, and that this was one of the toughest matches we faced," Setién said. "It is frustration of the moment. (…) I am sure (Pique) will feel different tomorrow, and I am sure that Madrid will drop points, too. We have to be optimistic."

Lionel Messi went closest to breaking the stalemate when his first-half free kick was cleared on the line by defender Jules Kounde, leaving the Argentina star on 699 career goals for club and country.

Sevilla, which played without its normally very loud fans at its Sánchez Pizjuán Stadium as mandated by health officials in all league games, remained in third place at 10 points behind Madrid.

Luis Suárez, who benefited from the long league stoppage to recover from right knee surgery, was back in Barcelona's starting lineup after Setién used him as a substitute in the last two matches. He had little impact on the match until he missed a clear chance with three minutes left, sending Jordi Alba's cross over the bar when he was unmarked in the box.

Barcelona had a promising start. Messi's side attacked Sevilla's area in waves and with the hosts clearly rushing their passes and easily turning the ball over again and again. 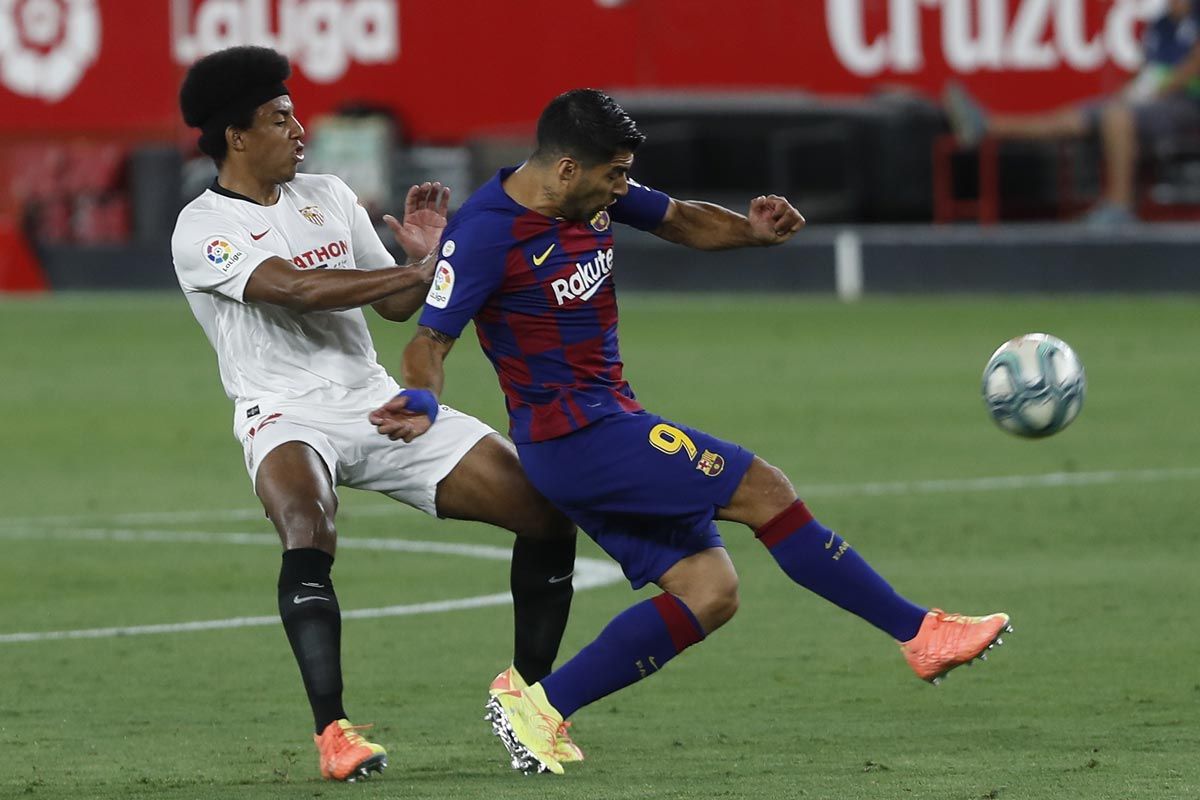 Messi was denied a goal from a dipping free kick in the 21st. Kounde raced back from the defensive barrier to protect his post, where he headed Messi's goal-bound shot that looked beyond the reach of goalkeeper Tomas Vaclik over the bar.

Julen Lopetegui, however, settled his team down during the mandatory cooling break on the half-hour mark and Sevilla tilted the action the other way.

The end of the first half got testy after Sevilla's Diego Carlos fouled Suárez. Messi pushed Carlos when they bumped chests, and Carlos took a tumble. But the bookings went to Fernando and Sergio Busquets for a separate tussle.

It was Barcelona's turn to look shaken after halftime when it had to rely on Marc-Andre Ter Stegen to keep the game scoreless. The German goalkeeper blocked a powerful strike by Lucas Ocampos and denied Munir El Haddadi from culminating a counterattack in the 55th and 57th.

Villarreal moved into contention for a top-four finish and a Champions League berth after it won at Granada 1-0 thanks to Gerard Moreno's early strike. A third straight victory left Villarreal in seventh place but just two points out of fourth.

Leganés snatched a 1-1 draw at Mallorca in a match between two teams in the relegation zone. Both goals came from free kicks, with Salva Sevilla putting Mallorca early and Óscar Rodríguez equalizing with three minutes left.