THE Philippine Azkals are banking on familiarity as they play a crucial match against Thailand on Tuesday night in the AFF Suzuki Cup 2020 at the National Stadium.

Following their 7-0 win over Timor Leste on Saturday, Azkals head coach Stewart Hall now braces for Thailand, which is on top of Group A with six points. Singapore is in second with six points due to inferior goal difference followed by the Philippines with three points.

Thailand is no longer a stranger to the Filipino players as a few including one of the veterans of the team in Martin Steuble of which are playing in its local league, and the Azkals hope that they could capitalize on the familiarity of the players.

“It’s a big advantage,” said Hall during Monday’s pre-match press conference. “As a coach, my players, a lot of them know Southeast Asian football better than me. I regularly have chats with Martin, Kevin (Ingreso), and the players who play in Thailand. We talked about them as individuals.”

“Obviously, as a coach, you have to make the final decision, but it’s great to be able to lean on that knowledge of their players within our players. There’s been a lot of conversations going on with regards to Thailand,” Hall said. 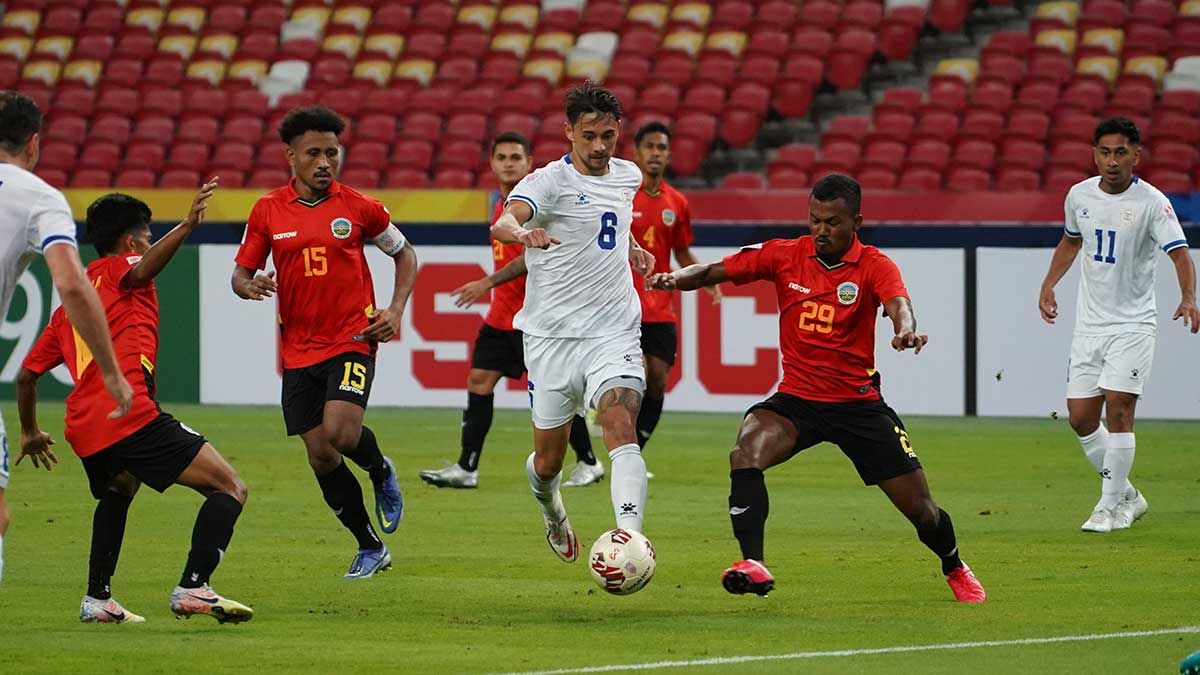 “Many of us know the players very well,” said Steuble, who plays club football with Muangkan United. “They know us very well. It’s going to be a heated battle. But we know Thailand is a different caliber to Timor but we are really, really excited and looking forward to the game.”

The Azkals have not won against Thailand in the history of the AFF Suzuki Cup. Thailand won, 4-0, over Myanmar on Saturday with Teerasil Dangda scoring two goals.

But Steuble believes that full three points against the War Elephants is achievable.

“I think that factor plays into our hands because Thailand is a good team. But I know for a fact that they do respect us and maybe they even fear us a little bit. If we are fully committed which we will be, we have a chance to upset them,” said Steuble, who scored the first goal in the rout of Timor Leste.

“We have to win a game but it’s not about we have to win 4-0, 5-0. We just have to win the game. We look at tightening things up a little bit because they are good on both ends,” Hall said.